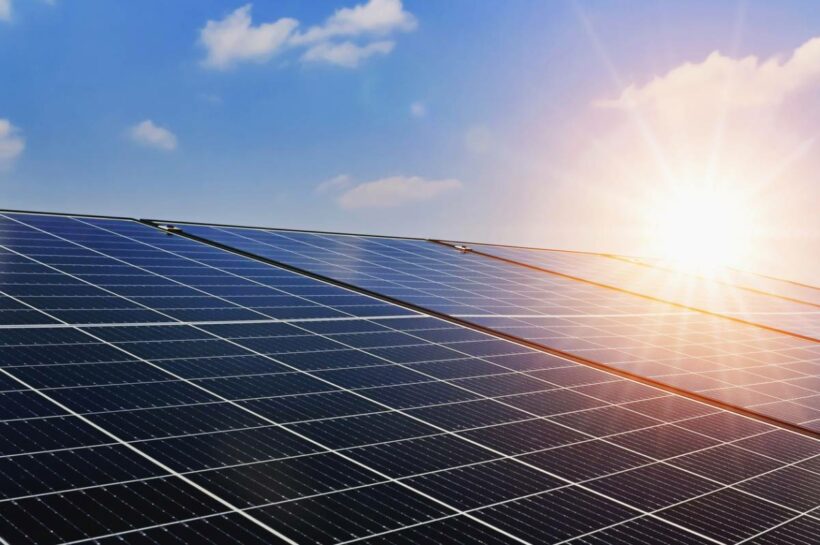 Agricultural buildings or sheds intended to store agricultural equipment, protect agricultural vehicles, preserve crops or house livestock are generally built over a large area of ​​approximately 600 m² to 1 m². Their roofs are exposed to the sun whose appearances punctuate the work in agricultural circles.

These characteristics of existing hangars or buildings in the agricultural sector in France are now used by renewable energy producers, in particular those specialized in the production of photovoltaic electricity. Indeed, the large roof surfaces available to these buildings have been replaced by photovoltaic panels to produce a large quantity of renewable electricity.

The power of the installation generally depends on the surface area of ​​the roof and the number of photovoltaic panels used. For optimal energy production, according to arkolia-energies.com, it is enough that the agricultural shed is well exposed to the sun and not partially shaded. The roof should also be facing south and inclined at around 30°. The experts recommend above all that the hangar be in good condition and able to support the weight of the photovoltaic panels and devices.

The installation of these photovoltaic roofs on existing agricultural sheds is generally carried out after the signing of a emphyteutic lease between farmers and renewable energy producers. The latter undertake to renovate or install the photovoltaic panels on the roof of the farmer's shed and to finance the work to exploit the electricity produced. In return, they pay farmers rent for 20 or even 30 years. 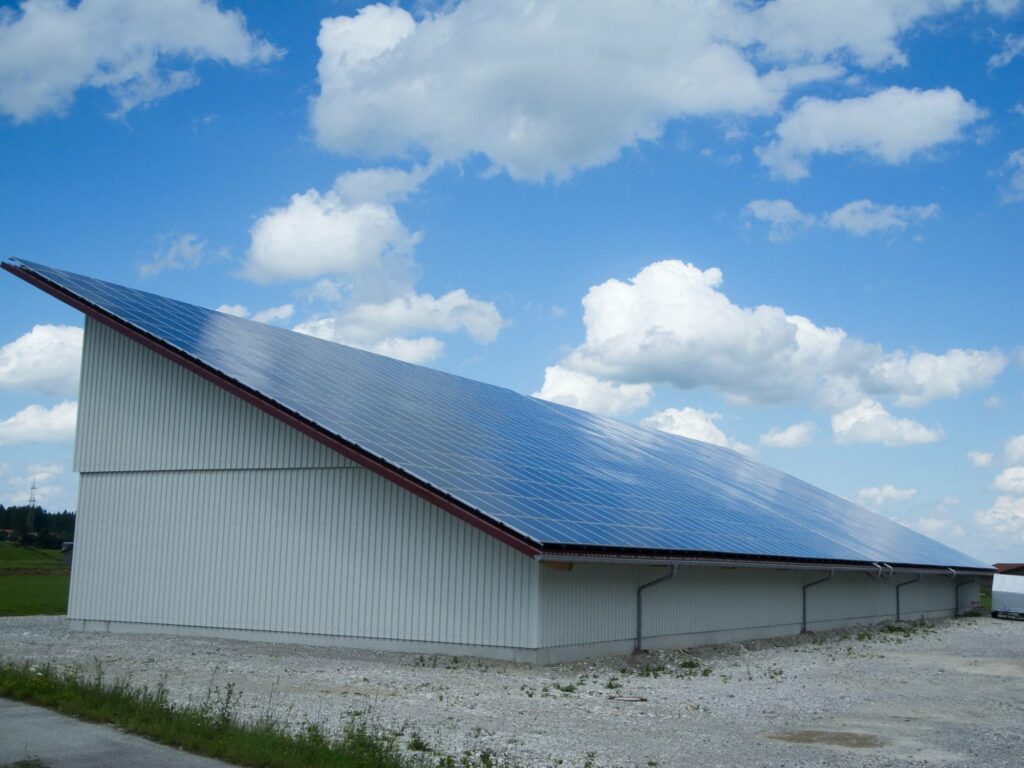 The insertion of photovoltaics in the agricultural sector is also reflected in the construction of several agricultural sheds fully financed by energy producers photovoltaic. These types of projects are generally addressed to farmers who do not have a building, but who own their land.

This space on which the agricultural building will be built must be relatively flat and well exposed to the sun. Renewable energy producers, as investors, also require owners to justify the need for an agricultural shed for the execution of their activities. Like others Conditions of eligibility, the proposed land must be located less than 300 meters from an electrical transformer and less than 1 meters above sea level.

If these conditions are met, the investors accept the request from the farmers. The two parties then define the specifics of the project, in particular the model of agricultural shed suitable for carrying out the activities. The investor is responsible for drafting a lease to build for 20 or 30 years which stipulates that the farmer retains use of the building during this period. The specialist-investor then takes care of all the stages of the construction of the agricultural shed, namely:

At the end of the building construction work, he is also responsible for the maintenance of the roof equipped with solar panels. In most cases, the farmer can regain full ownership of the agricultural shed as well as the photovoltaic roof at the end of the period indicated in the lease to be built.

Photovoltaic power plants were once installed only in quarries, industrial wastelands or other non-cultivable areas. However, in recent years, with the adoption of photovoltaics in the agricultural sector, we find them on several hectares of cultivated or cultivable space in France and around the world. They are arranged so as not to prevent the use of agricultural machinery, agricultural or agro-pastoral activities.

Generally, photovoltaic panels are mounted on frames or solid gantries above the fields, agricultural crops or livestock system. Depending on the configuration of the photovoltaic power plant, these supports can be fixed or mobile.

In the first case, they face south to allow the panels to capture the sun's rays. They are sometimes oriented towards the east or towards the west on certain terrains depending on the geographic location of the latter.

Mobile supports are in most cases auto-piloted trackers based on complex algorithms. They rotate the photovoltaic panels throughout the day up to ± 90° allowing them to follow the course of the sun. This mobility of the panels optimizes electricity production by 20 to 30%. 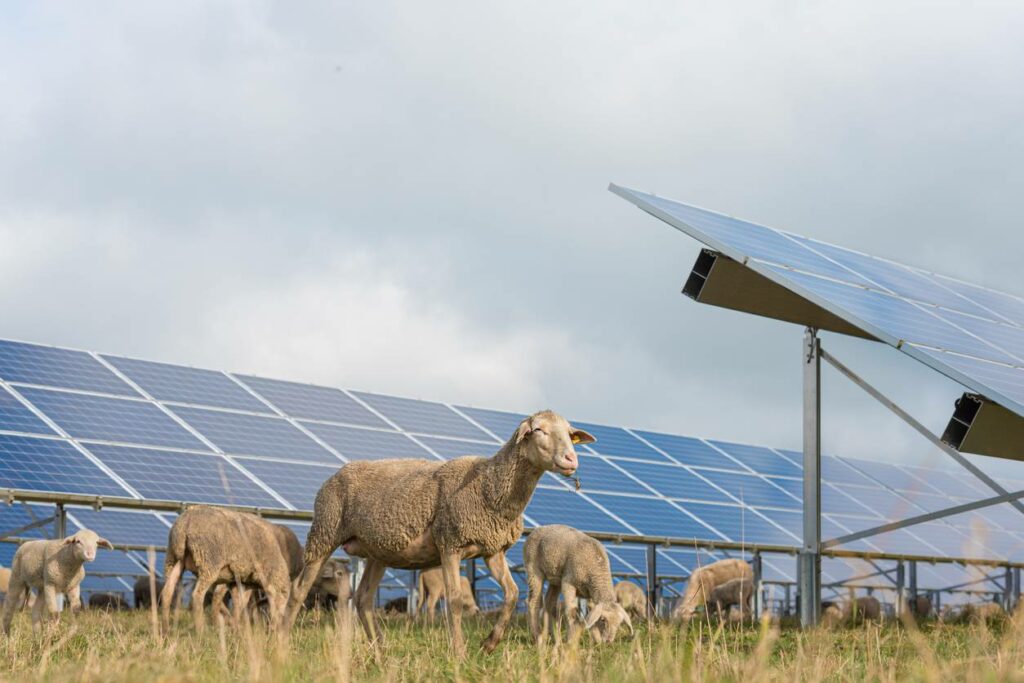 What are the benefits of adopting photovoltaics in the agricultural sector?

The combination of photovoltaics and agricultural activities on the same plot offers several advantages to farmers, investors and the whole world.

According to data from the Fraunhofer Institute for Solar Energy Systems or ISE, the electrical power delivered by photovoltaic systems installed in the agricultural sector worldwide has increased from around 5 megawatts in 2012 to more than 2,9 gigawatts in 2022. In France, the Environment and Energy Management Agency (ADEME) predicts that the contribution of agrivoltaism to the production of renewable energy will be around 40% in 2023. This significant energy capacity generated by agricultural photovoltaics makes it possible to have green energy for all and avoid the depletion of fossil energy sources.

In addition to participating in the energy and ecological transition, agrivoltaism allows farmers to save money and/or have other sources of income. Indeed, the energy produced by the photovoltaic modules can be used for self-consumption. This induces a reduction in electricity bills to be paid. The rental of hangar roofs and the sale of electricity to traditional suppliers also generate significant additional income over several years.

The photovoltaic power stations on the crop fields protect the crop fields. Their layout, forming sorts of giant parasols, makes it possible to compensate for the vagaries of the weather or bad weather that threaten agricultural yields. In the event of installation on land reserved for agro-pastoral activities, the photovoltaic panels constitute shelters for animals and also retain soil moisture.