Register here at forum to participate and remove ads (and after that, we talk to each other;))

After the Germans, Fessenheim, then recently the Belgians ...
One more without technical reason which aggravates the RC for political reasons.

On April 30, the Indian Point nuclear power plant 30 miles north of New York City was closed. For decades, the facility has provided the overwhelming majority of the city's carbon-free electricity as well as good union jobs for nearly a thousand people. Federal regulators had deemed the plant perfectly safe.


Earth traps 'unprecedented' amount of heat, NASA says
Read more
New York Governor Andrew Cuomo, a key figure behind the movement, said the closure of Indian Point had taken us "another big step towards achieving our aggressive clean energy goals." It is difficult to reconcile this optimism with the data that has recently been released. The first full month without the plant saw a 46% increase in the average carbon intensity of statewide power generation compared to when Indian Point was fully operational. New York replaced Indian Point's clean energy with fossil fuel sources like natural gas. https://www.theguardian.com/commentisfr ... lear-power 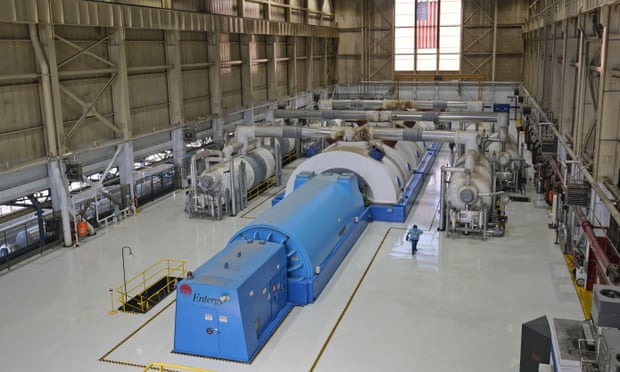 Re: Closure of nuclear power plants at the end of their rope in favor of fossil fuels but not dangerous

(Here he is congratulating himself, now ... It's complete!)
0 x
"It is better to mobilize your intelligence on bullshit than to mobilize your bullshit on smart things. The most serious disease of the brain is to think." (J. Rouxel)
"No ?" ©
"By definition the cause is the product of the effect" .... "There is absolutely nothing to do about the climate" .... "Nature is shit". (Exnihiloest, aka Blédina)
Haut

Re: Closure of safe nuclear power plants in favor of fossil fuels

and the other moron who dares to write who are sure! He means safe especially such as Chernobyl and Fukushima. Sure? Sure?

0 x
"We make science with facts, like making a house with stones: but an accumulation of facts is no more a science than a pile of stones is a house" Henri Poincaré
Haut