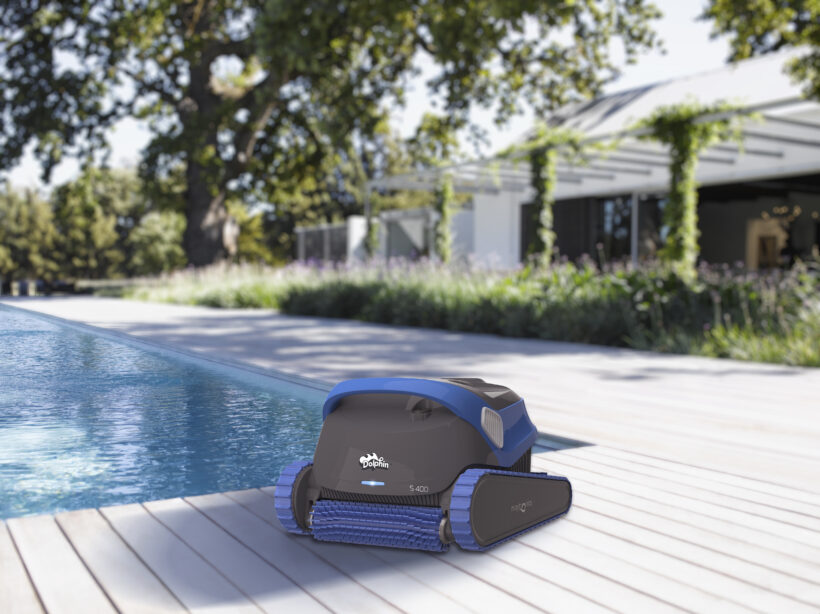 Cleaning the swimming pool is one of the tasks that we would like to do without, in order to have only the advantages of having a nice pool at home to bathe in when it is hot. However water and swimming pool hygiene, as well as the comfort and health of bathers, depend on it. We must therefore find solutions to complete the combined action of the chemicals with which we treat the water and the swimming pool filtration system. It is possible to wash everything by hand, using a sponge, a brush and a landing net, but this is particularly painful, not to mention the time that must be devoted to it. The best way, which is also the fastest and the least restrictive, to achieve optimal cleanliness, consists in employ a robot pool cleaner. There are two main families of swimming pool robots: hydraulic cleaning robots and electric pool robots.

The hydraulic robot to clean the swimming pool

Clean the bottom of a swimming pool is difficult, because as soon as you touch the dirt that is deposited, it tends to move with the movement of water. Also, it requires being in the water yourself if not using automated cleaning equipment. If it can be fun at first, you get tired of this operation quite quickly, so much you have to renew it on a daily basis, especially during the high season, summer, when everyone wants to be able to bathe every day. To meet this need, hydraulic robots have been developed.

Hydropower in the pool

If it is called “hydraulic”, it is because it is a device that works thanks to the power of water. In an above-ground pool as in an in-ground pool, there is a pumping and filtration system that generates water flows. This is sucked up via the skimmers, which collect some of the impurities that float and pass under the surface. The water continues on its way, thanks to pumps, to the swimming pool's filtration system, which will eliminate the remaining impurities. Then, rid of what it contained that was undesirable, it continues on its way and finds the basin, via the discharge nozzles. This route generates a hydraulic force, on which the principle of operation of the hydraulic swimming pool robot is based.

The operation of the hydraulic pool robot

The swimming pools are equipped with a socket dedicated to their cleaning called “sweeper socket”. The water is sucked in through this opening, in the same way as via the skimmers. The hydraulic robot connects to this socket or to a skimmer, depending on the model and brand, via a hose. In either case, the principle remains the same:

The robot describes a random race, and it often has to be moved by hand so that it sucks up dirt where it has not gone. Some modern robots are made to make spiral paths, in order to be able to eliminate as much waste as possible, but this is still insufficient for thorough pool cleaning, its bottom, its walls and especially its water line.

There is a special kind of hydraulic pool robots, these are the pulser robots. They too are powered by hydraulic power, but their operation differs. Their principle of action is to use the force of the water but in the opposite direction: the water is ejected from the robot with force, to loosen the dirt present on the floor of the pool. To make this possible, the robot is connected to a discharge nozzle, by means of a pipe. In order for the hydraulic power to be sufficient, a booster must first be installed in the swimming pool's pumping and filtration system. The impact is therefore stronger and the dirt comes off, before being ejected out of the pool.

There is a device that is both more autonomous than the hydraulic robot and more efficient than the pulser robot: it is the electric pool robot. Connected to a transformer which is itself connected to the domestic electrical network, it has greater power, while being safe for the user (low voltage electric motor). In addition, thanks to the power supply, it has a greater number of functions. Easy to use thanks to its plug & play technology, it is the delight of those who want the cleanest swimming pool, without effort.

The advantages of electric type robots

First of all, electric pool robots have a major advantage: they are equipped with brushes. Electrical energy allows them to be operated throughout the robot's cleaning cycle. Thus, as it moves, it removes dirt, even that which is deeply embedded in the liner, concrete, PVC or even the polyester which constitutes the coating of the pool. Regardless of the type of pool, it brushes back and forth and every impurity is then sucked into the robot's body. Some electric pool robots are equipped with different filters, a filter for large debris and one for the finest particles. Many models of electric robots for swimming pools are able to remove dirt not only from the bottom of the pond, but also from the walls of the pool. They adhere to the coating and, thanks to the electric propulsion, they go up along the wall. In some ranges, there are also autonomous robots who go up the walls to go clean the water line, this particular place where the water is in contact with the air and where dirt becomes encrusted, bacteria proliferate and algae are likely to begin to develop.

In summary, it is much more autonomous than any other device dedicated to cleaning swimming pools :

In addition to this unique ability to autonomously and radically clean the bottom, the walls and the waterline thanks to its brushing system, the electric pool robot may have other strengths. Let's take some features offered by the Dolphin pool cleaners :

Resolutely more autonomous and much more efficient than the others, an electric pool robot is therefore a significant asset for obtaining crystal clear water and a perfectly clean pool.

An alternative to cleaning your pool would be the use of natural swimming pool, but their maintenance must be rigorous and their design requires lagooning space which is often incompatible with the surfaces of gardens in private homes.