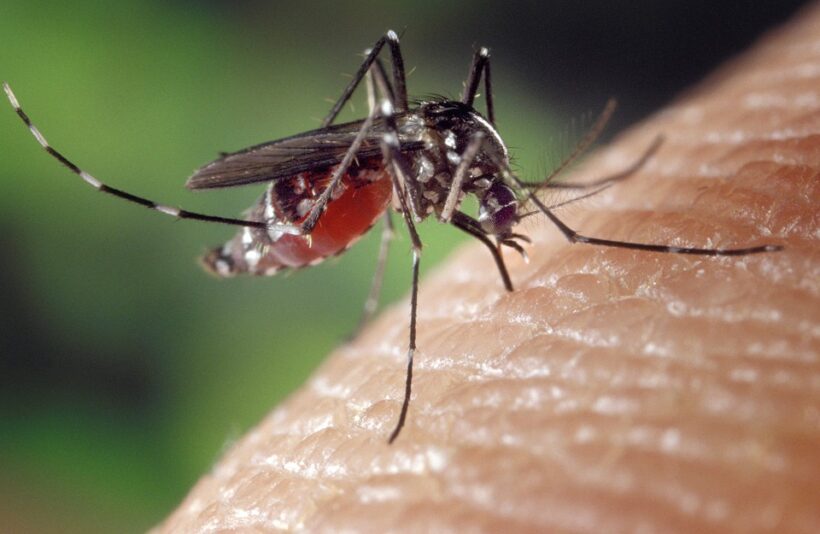 With intensifying global warming, many areas of our lives are thrown into turmoil. This is also the case for the health sector… unfortunately. There is of course an increase in pathologies directly linked to high heat (cardiac and respiratory diseases in particular) and those linked to population movements (viral diseases). But just as worryingly, a number of vector-borne diseases could appear, multiply, or spread to wider geographic areas due to the acclimatization of certain disease vectors, such as ticks to the disease. Lyme disease or the Tiger mosquito for the Chikungunya.

But what is a vector-borne disease?

We name vector-borne diseases, diseases that are transmitted to humans through an insect (eg mosquito), a mite (eg tick) or a living being which is the vector. Diseases transmitted by this vector can be parasitic as is the case for malaria

They can also be bacterial, we can then cite the Lyme disease transmitted to humans by the bite of a tick infected with bacteria of the family of Borrelia/Lyme disease. Finally it can also be diseases viral such as the dengue, Chikungunya virus, or the virus Zika

With climate change, there are two phenomena giving rise to fear of a increase in vector-borne diseases in the years to come. First of all, winters are generally milder and the life cycle of insects and mites involved in the transmission of these diseases is turned upside down. The prolonged frosts which interrupted their reproduction are now less numerous, which allows their greater proliferation.

On the other hand, the climatic conditions necessary for the survival of these insects or mites are now found in many wider geographic areass. Diseases can then colonize these new sectors, brought by the arrival of their vectors. Thus we are currently seeing more and more cases of so-called "tropical" diseases in the south of France. This follows the arrival on our territory of the tiger mosquito. Another example to cite would be the spread of processionary caterpillars. They could be observed in the north of France these last summers following the strong heat. Although they do not cause vector-borne diseases, they have also led to their own drawbacks, particularly with regard to native species.

sources: Thematic sheet of July 9, 2019 from the government site about vector-borne diseases.
UN article discussing the effects of global warming on health.

What is the Western Blot technique?

In this context it is particularly interesting to be able to test quickly and reliably the positivity of an individual to these different diseases. There are many possibilities for testing but not all of them are equally effective. This is the case, for example, with the Elisa test, which is relatively fast but quite likely to lead to false positives or more rarely false negatives.

Le Western Blot is a little more complex test to perform, but it is also known and recognized for its reliability! He uses the detection of specific proteins in a sample. These proteins are identified through the use of antibodies directed against themselves. The Western Blot then makes it possible to visualize the detection of these proteins using the membrane transfer technique.

To learn more about Western Blot technology, we invite you to watch this short video:

Currently, the Western Blot is used mainly in the context of Lyme disease and HIV. It allows to come confirm a result given positive during an Elisa test for example.

Use in Lyme disease

Lyme disease is spread to humans by the bite of a tick contaminated with a bacteria belonging to the complex of Borrelia burgdorferi. After the bite, if the tick remains in place for a long time before being discovered or if it is improperly removed, it may release in the human organism those bacteria that she had previously contracted.

There is then two possible scenarios.

In the first, the immune system of the infected person reacts quickly to infection. Antibiotic treatment is then given following the symptoms described: high fever, fatigue, headaches, erythema migrans, etc.

The tests are then not useful in diagnosing the disease, since the body has not yet had time to make antibodies. However, a control test can be performed a few weeks later. This test is generally a simple Elisa test, which will be supplemented by a Western Blot in the event of a positive result. However, if the antibiotics were taken at the first symptoms it is unlikely that a Western Blot will be required.

Read also:  CBCT - The Ultimate Diagnostic Tool for the Dentist

In the second scenario, symptoms do not appear immediately after the bite, but symptoms appear several months later. This form has long been criticized in France, but it is starting to be recognized. It was recently included in the recommendations of the High Authority of Health

Despite the greater reliability of the Western Blot test, the example of Lyme disease also makes it possible to explore its limits. Thus the test in itself can be particularly reliable, but it is also a question of making him find the right information. So according to the France Lyme association, for example, there is a difference between the classic Western Blot against Lyme disease which only looks for the American Borrelia strain, and that of the trademark Mikrogen which includes in its research European strains bacteria.

This subtlety could explain part of the negative Western Blot tests on patients with symptoms of Lyme disease. The problem is then not the sensitivity of the test, but its relative reliability depending on the patient environment. In medical diagnosis, as quite often elsewhere in Medicine (and in Science in general), there are no 100% absolute certainties!

We have seen it all the more since the pandemic Covid-19 crisis, as much on the studies, as the treatments, as the diagnostic tests of Sars-COV2. None are 100% reliable!

To find out more, we invite you to read these constantly updated pages on the Lyme disease

Although Covid-19 disease is not strictly speaking a vector-borne disease, since it is transmitted from human to human, it may be interesting to ask whether Western Blot technology can be used to diagnose more reliably the presence of Sars-COV2. This remark is all the more important since many individuals do not develop no symptoms apparent infection with Covid-19, while being contagious !

If at first glance it does not appear to be used for general public screening for Covid-19 in favor of simpler tests such as covid tests PCR or antigens, on the other hand, it is cited several times for its potential usefulness in vaccine development against disease. It could help to highlight the different proteins that can be targeted during vaccination.

The research also used Western Blot technology in its investigations into Covid-19. For example, we have Prof. Michel Drancourt from the IHU Méditerranée Infection who describes the usefulness of the Western Blot for the IHU in the fight against Covid.

In conclusion, whether for its role in the confirmation of a diagnosis, for his help invaccine development or for its utilities for medical research, Western blot technology would appear to be able to provide valuable information in the future in the fight against vector-borne diseases. Any question ? Browse the forum health and environment