An urban base that promotes biodiversity: the Refuge bench

How to reduce your energy consumption?

The different mowing techniques for your garden lawn

Coronavirus: map of France of the epidemic and data by departments

Coronavirus: the efficacy of Plaquenil (Chloroquine) on Covid19 proven in Nature from February 4, 2020 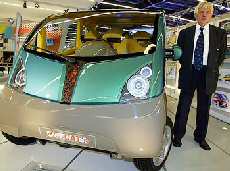 The development (should I say "fight"?) Of the air engine is very similar to that of the injection of water ( see this page ): a simple and effective concept without the development resources it deserves ...

On our site we have already proposed a survey on the French company MDI, which is doing its utmost to market a car powered by a compressed air engine before long. Obviously, all this happens without the support of the public authorities and the media in their pay.

For the record, the principle is simple: you compress air in bottles, then pass it through a specially adapted piston engine. With this process we manage to roll a vehicle 120 km by 300 km for a full air at 1,5 €. The concept is far from new since, at the beginning of the twentieth century, the Nantes trams traveled tens of thousands of kilometers using this process.

If Guy Nègre, the designer of the French model has opted for 100% air models, the Koreans have chosen a hybrid compressed air / electric motor solution. The special feature of their air motor is that it can operate underwater without any problems. Their company is called Energine. She has been ready for over a year to market her model which works wonderfully.

Only here, it does not have the means to build it and is satisfied only with ensuring the development of its engine. It has already been waiting in vain for more than two years for an industrialist to appear before launching mass production.

Obviously, all this is very strange ... On the one hand, politicians around the world who lament that it is absolutely necessary to find solutions to reduce air pollution and on the other avant-garde companies which offer solutions without being heard. Is it a coincidence? No ! The oil and oil derivatives lobby is not for nothing. Not to mention those of the classic automotive sector who see a bad eye on the market for small structures that have patents they do not want to give up. And for good reason ... The market is colossal! This is a real technological revolution. Only the consumer can make it happen or not. On condition, however, that he becomes a "consumer-actor".

The game is well worth the effort. Imagine for a moment our cities and our countryside cleared of all pollution ... Because, it must be said: not only does the air car not pollute, but in addition, thanks to its filtration system, it cleans up in rolling.

Note also that other engineers (from the United States) have worked on this process, and have, in a way, cut the pear in half. That is to say, they have created a device that allows you to compress the air when you brake. This energy accumulated inexpensively, especially in urban areas, can then be used when you are on the road. The problem is that as soon as there is no more air in the bottles, a heat engine automatically takes over. No need to give you the bottom of my thought ... Why bother with a heat engine when it is possible to do without it?

And therein lies the whole problem raised by this question. What are we waiting for to scrap our old hyper-polluting cars? Because all this is not a joke, or sensationalism at two euros, it's real info! When you see the prowess that engine engineers have succeeded in tirelessly continuing to improve the performance of the compressed air engine, the first thing that comes to mind is saying to yourself: "But what is it would be if we gave real resources to these people! ".

As Guy Nègre's formula says so well: M × T = constant… (M = Currency and T = Time). This is the root of the problem! Few means, reduced manpower, under-mediatization… All this means that it takes a faith capable of raising mountains to persist in this path.

All I can tell you is that I had the chance to visit the MDI factory located near Nice and to be able to talk to Guy Nègre. I came out of it with the great feeling that the world is not going well - not to say upside down. When we see initiatives like that, which go in the direction of common well-being and that nothing moves around, it's revolting! So, certainly yes, I have not been to Korea to test the Korean model, but I have read all the reports relating to it. It does work. Moreover, it was present at the last auto show in Paris and many specialized journalists were able to try it. In the end, how many articles? How many reports? Nothing, nothing, nada… And yet, the subject is well worth the detour - it is much more interesting than the potters of our regions during the TF1 news. Should we see the influence of some large advertisers / polluters who have used their financial veto? Another question that deserves to be asked.

So yes, it's true, I drive the point over and over again ... But it's so that you realize the importance of the issue. If the media people don't want to relay this info, after all, it's their right. By cons, you now know. And you, you are a media like the others on your scale. First, document yourself. At the end of this article you will find the internet links you need to become a true specialist in the subject. Then talk about it around you. And even better: Militate! Be a citizen! Insist on common sense! Talk about it on a forum, it makes things happen, also printing a leaflet (that of econology for example? 😉)… It is still not up to you that I am going to learn how we do to do a good deed. You just have to move a little, then you will say thank you.

And here is the reaction of a regular in econology, an opinion that I share in part because it has been since 1996 that we hear "Marketing at the end of the year".

But the judicious question is: where would be the "business" with more significant means of development? 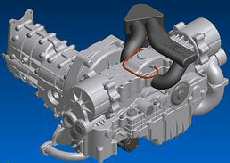 Ah, the compressed air engine ... a lot of debate.

To my knowledge, for a vehicle to be authorized to run, it must pass a battery of tests carried out by independent laboratories before undergoing the control of the Mines Department of DRIRE.

Information taken, the ADEME (Environment and Energy Management Agency, which manages in particular the technical approval of electric vehicles) has never been able to test or have only 1 of Mr. Nègre's vehicles tested. The head of the Transport Technology department, Mr. Coroller, even affirming that ADEME was ready to finance part of the tests if necessary. Tel (extract from the website): 04 93 95 79 00

The UTAC (Union Technique de l'Automobile, du cycle et du motocycle, independent laboratory responsible for carrying out measurements on test benches) was never able to have a vehicle for 3 weeks (approximate duration of tests) . contact: M. MARDUEL, in charge of regulation, testing and approval. Tel (extract from the website): 01 69 80 17 30

As for the specialized press, we could read in 1999 "new from the auto show, the car of tomorrow" then qq time after "unfortunately, no news from the compressed air car ..." and the catchphrase continues every year .

Note the terms used by the articles: the specialized press speaks in the conditional, we report the inventor's words "According to Mr. Nègre ...", and the supportive speeches resemble propaganda "without public support "(Which public authority? ADEME? DRIRE? The ministry? Which person? Which official response?)

I think there is a big difference between bringing 1 prototype to do a demonstration on qq km in front of journalists and presenting 1 serious homologation file.

Let those who claim that this vehicle works show us a certification report from an independent laboratory or a letter from an official body that refuses the tests, as well as concrete and precise references if not, that we stop spreading the idea. that this vehicle is great, but everyone is against ... 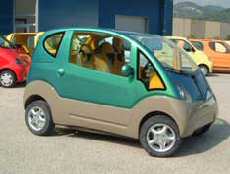 – The air car on the forums
– MDI site
- The Energine site: Energine.com