Today half of Earthlings live in megalopolises and, by 2050, they will be two-thirds of the world's population. This is the alarming assessment drawn up by urbanization specialists on the expansion of giant cities, during the forum urban world organized by UN-Habitat, which
was recently held in Barcelona. 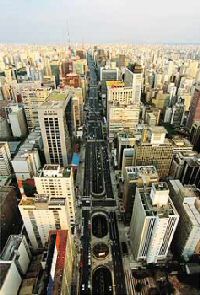 One can designate under the term of megalopolis any city with a population of more than 8 million inhabitants. According to this definition, chosen by UNESCO, there were 23 in 1995 and they would be 36 in 2015. Until that date, still according to UNESCO, their number will not vary in
industrialized countries. However, it will change from 17 to 30 in less developed regions.

For the geographer Olivier Dollfus, these megalopolises are of two very different types depending on whether or not they belong to what he calls the AMM (World Megalopolitan Archipelago), a set of large cities that contribute to the direction of the world and are a strong symbol of globalization. The megalopolises are then no longer only described by their number of inhabitants but by the functions they fulfill and their influence on the rest of the world. For example, 90% of global financial transactions are handled within a limited number of mega-cities in developed countries. 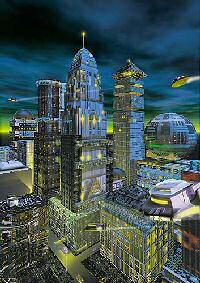 Megacities and the environment

It is no coincidence that certain terms designating precarious habitats are associated with the largest metropolises in poor countries. Among the best known in France, we can cite “favela”, which came from Brazil, or “shantytown”, a word that appeared in Casablanca in the 20s. The percentage of housing created in megalopolises is estimated between 20% and 30%. and which belong to the “informal construction” *.

It is largely in this type of habitat that the 2,5 billion humans who do not have access to a water purification network live. And the impact of large urban concentrations on water pollution can in general be measured well beyond their limits, especially downstream of the rivers that cross them.

Air quality is another major issue for living conditions in megalopolises. Pollution does not always reach the heights one might fear, but its impact is often very wide. The pollutants generated in large cities are likely to move and diffuse over great distances depending on the movements of the atmosphere. An air monitoring network in megalopolises was established in 1974, under the impetus of the WHO (World Health Organization) and the UNEP (United Nations Environment Program). It makes it possible to verify that the worrying thresholds for public health are often exceeded.

Read also:  Economy and economy: why is it blocking?