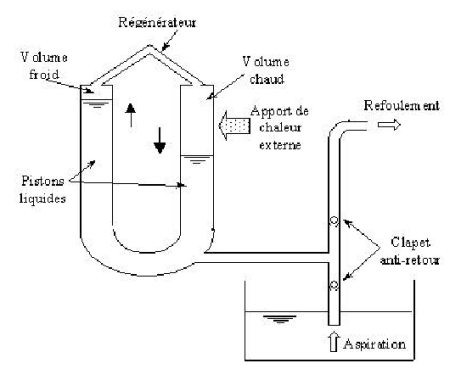 Study plans and realization of a solar water pump (or other heat source): the Fluidyne

The Fluidyne type water pump is a thermal energy conversion machine low temperature by external heat (solar, waste, etc.) related to Stirling machines. Although its thermal efficiency is relatively low, this type of machine can be used as an inexpensive irrigation using very simple technology with a minimum of moving parts. We present a theoretical study and experimental results regarding Fluidyne pump.

There are many technologies using solar energy for pumping water.