Solar mountains are devices designed to create electrical energy via turbines activated by a current of hot air heated, of course, by the sun.

The principle recalled the towers aérogénératrices with the difference that there is no very important and heavy shell to put in place since they use the sides of… mountains.

The Elioth project is a renewable energy production system supported by the Iosis group. This company is one of the European majors in engineering and technical project management in the fields of construction. This company - whose holding company is located in Paris - has more than 1200 employees, mostly engineers.

The Elioth project is a revolutionary principle of solar power plant which was the subject of an international patent in 2005 and whose inventor is Raphaël Ménard. Elioth The project is developed by the eponymous department Iosis group. The latter is an entity dedicated group of Iosis speaker on complex construction engineering subjects.

The mountains are solar power plants whose power can reach 500 -either MW power from a central nucléaire- for a construction cost may be less than € 1 per watt installed! The project originated from the concept of solar chimney. This kind of plant was initially imagined by Günther in 1931. The engineering SBP has built in a central-1982 prototype in Manzanares, Andalusia which included a fireplace 200 meters high. A project currently under study provides a central 200 MW in Australia; this should be achieved by 2009 and would have a greater thermal print with a fireplace 1000 meters high! 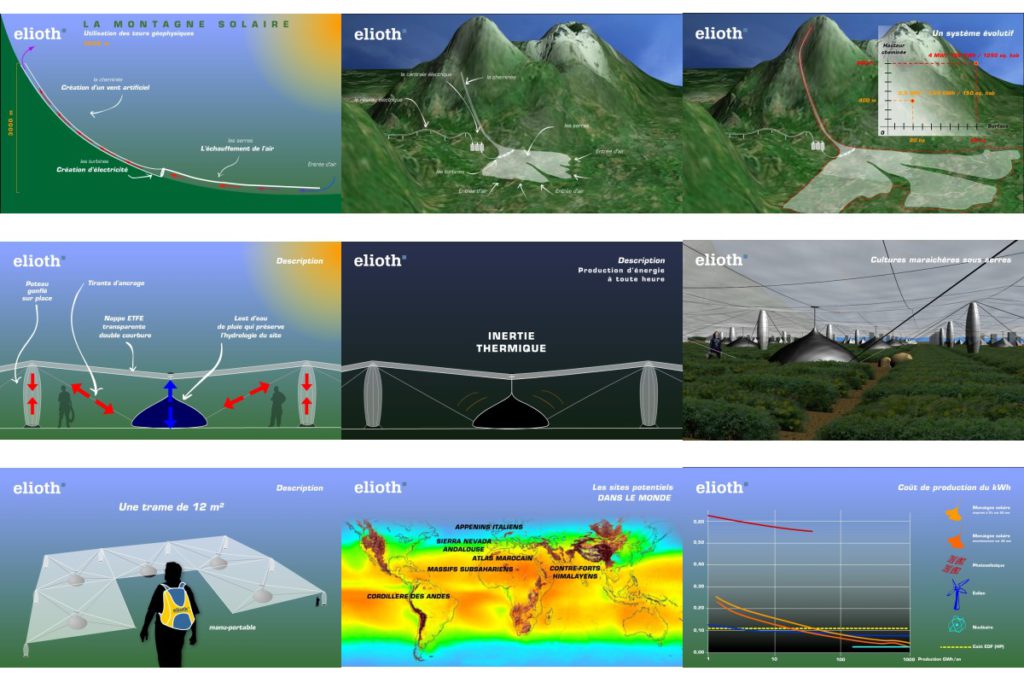 The original idea for the project comes from a triviality: the globe provides us with support through the natural terrain, and especially through the mountains. Therefore, up to 200 meters 1000 or 3000 meters no longer represents a major technical achievement insofar led the wife of the fireplace and the relief builds steadily on the floor. Solar Mountains, it is also a revolutionary construction principle authorizing set super fast and environmentally painless work. development ideas combine this system of energy production an instrument of exploitation of the territory: why not imagine, for example, vegetable crops in the greenhouse the plant?

The innovation of the Elioth project is also its modesty ... because the day when humanity will have an efficient and clean energy source, the solar mountains will be dismantled very easily, will not generate scars on the landscape thanks to in their constructive mode and will be recycled very easily. 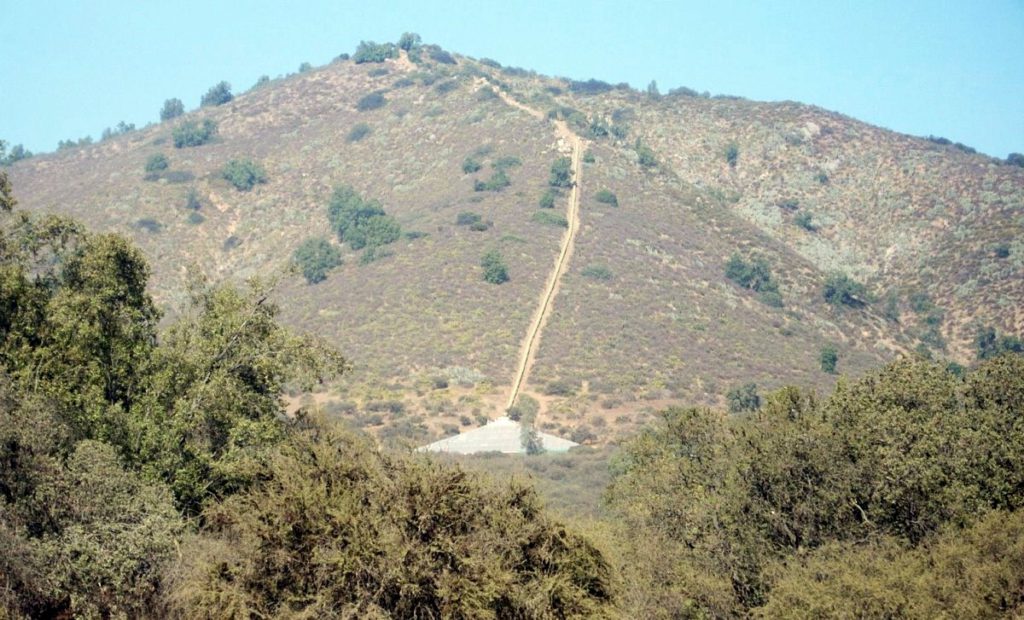