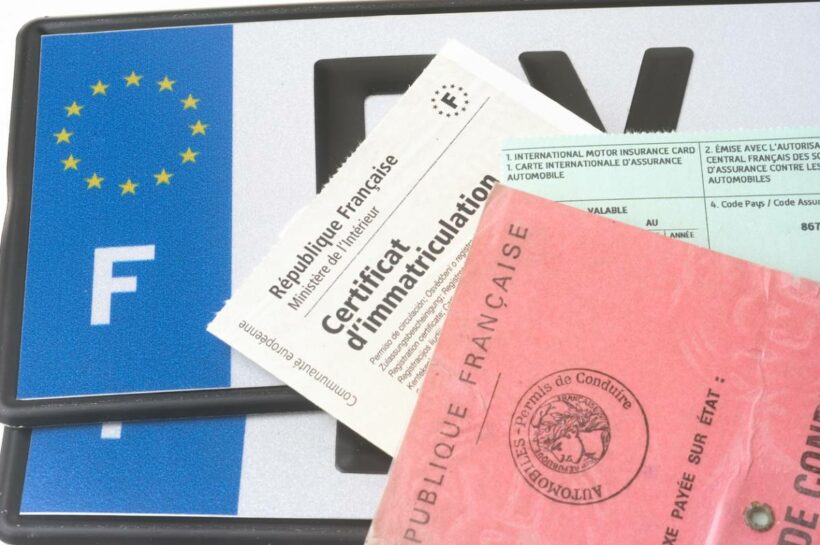 Since the beginning of the year, the automobile taxation has undergone several changes, in particular at the level of the price of the registration certificate. These changes have affected many areas, including environmental penalties and management fees. Even if the regional taxes were not really affected by these modifications, the increase of the tariffs enormously upset the procedures of registration. Let's take stock of the new features of 2021 that have impacted the gray cards.

Procedures that changed in 2021

More elements have undergone changes in 2021, starting with the procedures for obtaining a vehicle registration card.

The Y4 tax or management tax is a tax that applies to all vehicle registration documents, even those that are exempt from regional taxes. It displays a fixed price which previously amounted to € 4. With the changes that have affected the registration certificate, the management tax has just increased to 11 €. This price increase occurred without warning, leaving motorists in complete disarray.

Today, the management tax has been renamed "fixed tax". It is used to finance the management and production cost of the vehicle registration document.. This tax applies to both new and used vehicles. As part of the new procedure put in place by the ANTS (National Agency for Secured Titles), it facilitates registration procedures.

Some procedures are exempt from the fixed tax. These are changes of address, input corrections during registration, change of registration number from FNI (National Registration File) to SVI (Vehicle Registration System). If you want renew your vehicle's registration card, You can register online at Eplaque.fr or go to the ANTS website. You should know that it is no longer possible to request a registration card from the prefecture. 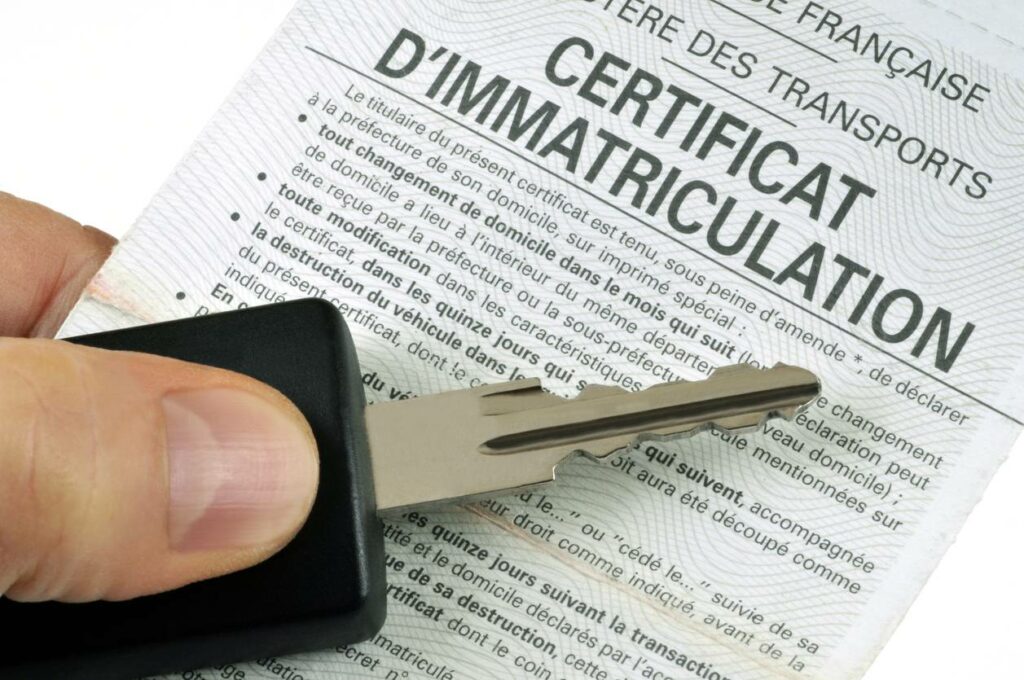 Tightening of the ecological penalty for new vehicles

This new automobile penalty regulation came into force at the start of 2021. It is a tax payable by extremely polluting vehicles when they register.

All new vehicles registered from January 2021 are affected by this ecological penalty, whether passenger cars, passenger transport trucks or bodywork vans (with at least 5 seats).

Cars which have undergone a technical modification (transformation of a commercial vehicle into a passenger carrier) and which have not yet been taxed are also affected by this regulation. On the other hand, if the registration following the conversion of the vehicle was obtained 6 months or more after the first registration, it benefits from a reduction of 10% of the penalty.

Like the management tax, the ecological penalty for new cars has undergone a major change this year. It applies to vehicles from 133 g of CO2 / km and requires a tax of 50 € for this level of pollution. Although this trigger point (WLTP broadcast) or down compared to last year (138 g of CO2 / km), it is still unpleasant for motorists to pay this penalty.

While the ceiling for the ecological penalty was € 20 in 000, it is now € 2020. Vehicles reach this threshold when they display a CO30 rate greater than or equal to 000 g / km. An increase in this ceiling is also planned for next year.

The good news is that large families can benefit from a reduction in this penalty, provided certain criteria are met: vehicle with at least 5 seats, at least 3 dependent children, vehicle registered for the first time in France. The reduction in the penalty is 20 g / km per child. Host families can also take advantage of this benefit.

Removal of the 3 opportunity penalties

In 2020, there was a lot of debate about the elimination of 3 taxes on used vehicles. Finally, this request was accepted and implemented this year. Three taxes relating to pollution have thus been removed from the price of the vehicle registration document. This is the penalty that applies to second-hand vehicles with 10 HP or more, the additional tax on vehicles over 36 HP and the annual tax of 160 €.

Before, used cars over 10 hp had to pay a tax for each change of ownership. This varied between 100 to 1000 €, depending on the power and age of the vehicle.

Since the beginning of the year, the ecological penalty for second-hand vehicles over 10 HP is no longer in force sinceit was canceled by the government. Now old cars no longer have to pay for it.

The tax on very powerful vehicles

Entered into force in 2018, this measure imposed a surcharge on vehicles over 36 HP. They had to pay € 500 per additional horse, with a ceiling of € 8. However, this tax has been abolished since January 000, 1, following the 2020 finance bill.

In addition to the tax on powerful cars and the ecological penalty for used vehicles, a third tax was also abolished this year. This is the annual tax on polluting vehicles. As a reminder, cars whose CO2 emissions exceed 190 g / km were forced to pay a penalty of 160 € / year. This emission threshold is defined according to the year of registration.

These three green taxes were removed because the government deemed they were not profitable enough. However, the State compensated for this shortfall by increasing the ecological penalty in 2021 and 2022.

According to article 1599 sexdecies of the General Tax Code, all vehicles over 10 years old benefit from a reduction and a special regime upon registration. This law was repealed in 2021. This means that the reduction in the price of the CV for any old vehicle is no longer valid this year.

This law applies to several vehicles of transportation, in particular motorcycles, non-agricultural tractors and heavy-duty utility vehicles (GVW> 3,5 t). The repeal of the article also resulted in the abolition of the regional tax for trailers and agricultural tractors.

For motorcycles, the regional tax is 50% of the price of the normal CV. This price was once halved for 2-wheeled vehicles over 2 years old, but today this privilege is no longer granted to them.

Before, the modification of the gray card in the event of a matrimonial change only entailed a forwarding fee of € 2,76. Today, you also have to pay the fixed tax of 11 € (Y4) in addition to the shipping costs, to change the gray card. As a reminder, marital change can be requested following a marriage, divorce, death or PACS (Civil Solidarity Pact). 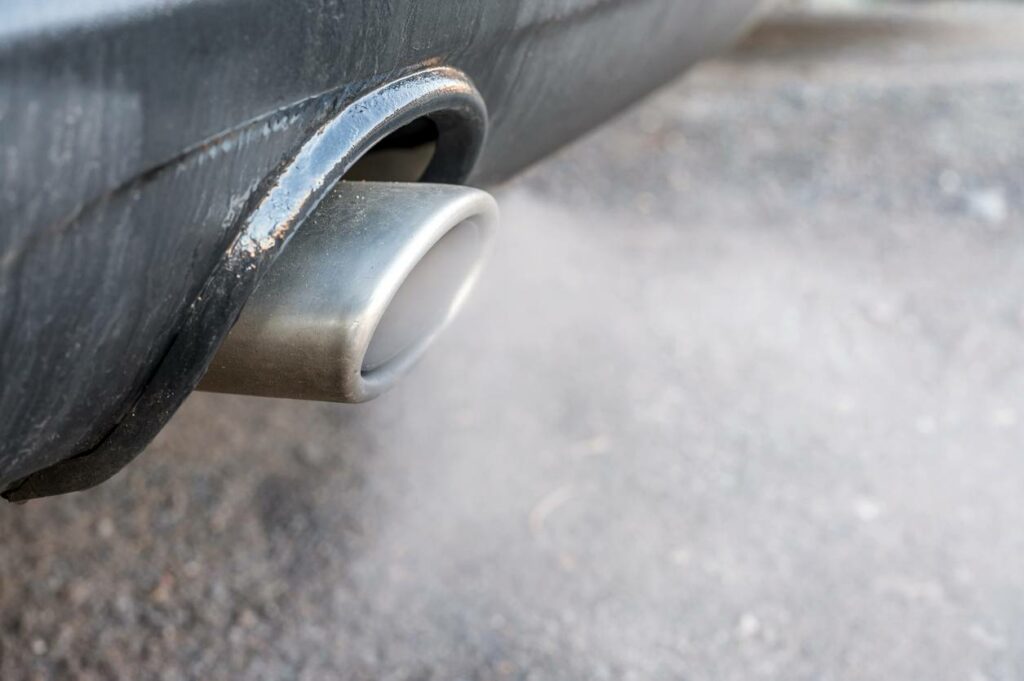 The changes in vehicle registration fees have not only had negative impacts. We have also identified some points that can be beneficial to motorists.

A provisional registration certificate (CPI) is given to you when you have just purchased a new car or an imported used vehicle. If before, you had to pay the administrative fees, the professional price and the CPI WW price (depending on the price of the fiscal horse in the region) to import a car, it now costs only 11 €. This fixed tax was decided by the State.

Today, thanks to the implementation of the new rules on registration procedures, the price of duplicate registration cards has dropped significantly. From now on, you just have to pay the fixed tax of 11 € and the routing fee of 2,76 € to obtain it, i.e. a total sum of € 13,76 (Y4 + Y5). A fixed price for all vehicles, except those with an old FNI registration. These vehicles only pay the Y5 tax of € 2,76.

This exemption affects several registration procedures, in particular the modification of civil status (following a change of name or company name), provisional registration (mentioned above), change of marital status and change of address on the gray card.

The loss of a vehicle registration document is also exempt from the regional tax. As it was said previously, the duplicate of gray card costs 13,76 € everywhere in the country, whatever the region of registration of the vehicle. In the event of loss or theft of the gray card, you only pay the management tax and the delivery charge. You will therefore be exempt from regional tax.

Before 2021, PACS couples did not enjoy the same favors as married couples. Indeed, if the latter only paid a few euros in tax, PACS couples had to pay all registration taxes in the event of a change of name.

This law is no longer relevant since the beginning of the year. PACS couples are now treated the same as married couples and pay the same car registration fees as them. A PACS can thus be invoked to modify the marital status (union or separation). 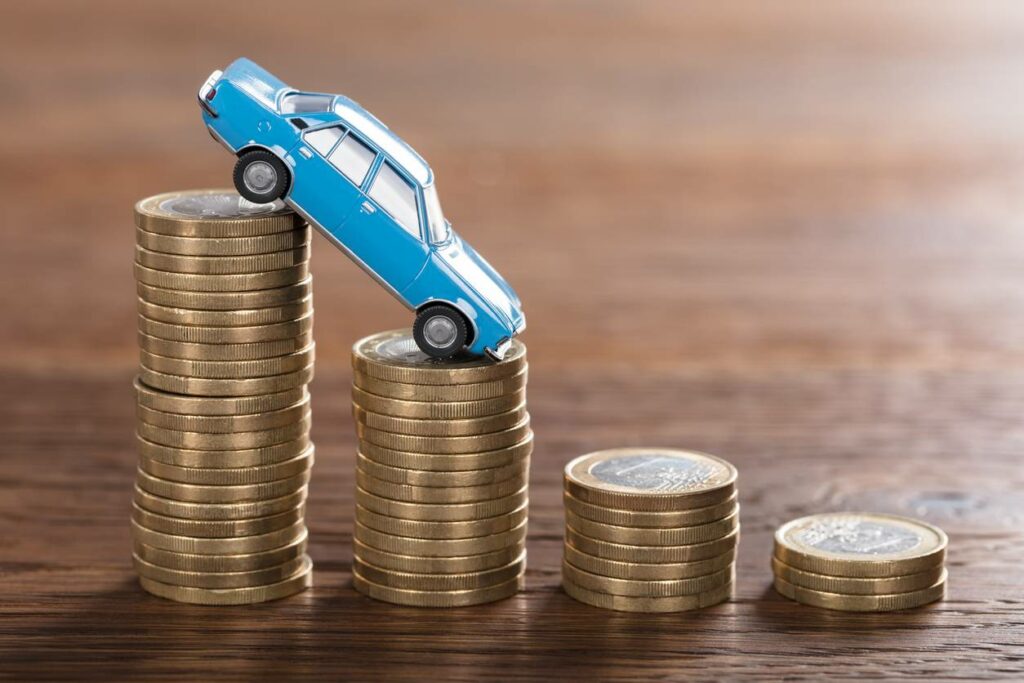 Reduction of taxes in the event of natural disasters

The registration fees have undergone several changes this year. Some prices are up while others have gone down. Among the formalities from which taxes are exempt, there is the application for a gray card following natural disasters.

If your registration certificate has been destroyed as a result of a flood, storm or other natural disaster, you will only have to pay the shipping costs. This is valid both for a request for a duplicate and for the registration of a new car. There will therefore be no regional tax or ecological penalty., which is a huge plus.

At the start of 2021, we saw an increase in management fees and the ecological penalty. Fortunately, regional taxes have not suffered the same fate and even show a rather stable price.

The regional tax is set by the regional council. It varies from one region to another and is calculated from the fiscal power of the vehicle and its age. It is therefore an additional tax to obtain the gray card or provisional registration.

This year, the changes applied to regional taxes did not generate major upheavals, unlike the fixed tax which has almost tripled. We just recorded a few price changes, such as the taxes of Nouvelle-Aquitaine which went from 40 to 41 € or those of South Corsica which fell significantly (from 41 € to 27 €).