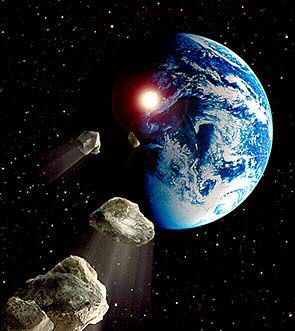 Hypotheses on the origin of tardigrade

On adapted to withstand all conditions, the tardigrade has all the characteristics to survive even a very long space journey, through a meteorite for example.

It also has the characteristics that would allow it to resist the difficult landing of the meteorite on the earth's crust. Let us suppose that the surface of a planet is struck by an asteroid, which by the shock inherent in its contact, fragments this surface into small pieces, some of which sent into the cosmos turn into a meteorite, or else through any another process that would cause part of the crust of this planet to become a meteorite.
Let us also suppose that this part of the surface layer which has become a meteorite also contains tardigrade in cryptobiosis. If they resist the mechanical, physical and thermal stresses undergone during this shock, they could "easily" resist the lack of oxygen, the absolute vacuum and the cold of space for a long period.

If these tardigrades are present in a layer which is not quite superficial, but a little deeper than the meteorite, they could well withstand the intense heat, and the weathering of the surface layer of the meteorite which arise from its passage at high speed through the Earth's atmosphere and the friction and friction of the air against the meteorite. It is then enough for the meteorite to fall in a region favorable to its reminiscence, or erosion and other phenomena could alter the surface of the meteorite until it reaches the place where it is located, thus freeing them from their mineral prison. If the conditions are lenient enough the tardigrade will be able to emerge from its long lethargy and come back to life miraculously.

This theory is entirely plausible and is not in anything fantastic or supernatural. It joins that of cyanobacteria in particular which could also have an extraterrestrial origin and whose structural peculiarities are also surprising. It also agrees with the hypothesis according to which the first organic materials appeared on earth would come from space, knowing that at the present time it has not been clearly demonstrated, and far from it, how they were originally developed and how they have been despite the very interesting work of scientists who have studied the issue as Stanley Miller and Sydney Fox, for example.

Anyway, the tardigrade like any living being needs water to live or at least to get out of its cryptobiotic state, so it comes anyway from a place where the transparent gold of biology is present or was present. Is the tardigrade the common ancestor of all current species?

It would be almost "accommodating" for that to be the case, because it would allow us to partly explain one of the biggest questions of humanity: How did the first living cells appear on earth? The tardigrade being a eukaryotic organism, the biodiversity that would result from its evolution could be all the more important. It is also possible that protists all arise from the arrival of bacteria, cyanobacteria, or prokaryotic cells from space and that eukaryotes arise from the arrival on earth of an animal such as tardigrade.

By pushing this hypothesis to the extreme, one could imagine that they would have made the trip together and that their respective evolution is due to a symbiosis for example. To verify or refute this hypothesis, it would be necessary to know or estimate the time of appearance of tardigrade on earth, and on this subject data are lacking. The karyotype and genotype of tardigrade should also be studied to assess its kinship and analogies with other species. However, it would seem that its taxonomy already poses serious problems for biologists who do not really know at which branch the associate, which could confirm the mysterious side of its origin. All these data that would allow us to push this hypothesis further are unfortunately lacking. The cryptobiotic specificity of tardigrade, on the other hand, could help us to explain more easily the reason why some of the tardigrades have not or little evolved.

Indeed, the fact that certain individuals can subsist for long periods with a very low metabolic rate, does not play in favor of their evolution and their possible mutations. Its habitat is so ubiquitous that it is possible that certain environments favor its evolution while others can, on the contrary, suspend it by causing it to enter cryptobiosis.

We do not yet know at the present time what the true origin of the tardigrade is, one day surely, the technical and intellectual means will allow us to unravel this mystery, in the meantime, we can only assume and reflect on this mystery whose nature has the secret, and all theories must be heard and respected until we obtain certain beliefs by the weakness of some and the plausibility of others.

Learn more about the Tardigrade