"June 8 - France - Water and fuel Mr. Raymond Devaux, on 11 Cv Citroen" Performance "traveled 15.5 km with 1 liter of gasoline and 75 g of water, or 6.45 l of gasoline and 0.5 l of water every 100 km. The water is sprayed by a very fine nozzle by the pressure of the exhaust gases and would be "atomized" under the effect of an electric arc. Fuel savings would reach 40% with increased operating flexibility ”

This may seem strange to you, but it is indeed possible to use water in addition to conventional fuel in conventional engines and under certain conditions.

The main purpose of the action of the water is to promote combustion: the result is a decrease in pollution (since combustion is more complete) and consumption (the results are quantified in newspaper articles)

Mr Gabriel Ferrone de la Sleva filed a patent over 20 years ago following work carried out on water injection during the late 70s.

Here are 2 newspaper articles published at the time (early 80s).

Links to the full text of the patent

It should be noted that the idea is not new since the last generations of Messerschmidt during the 2nd World War had a water injection system to gain instantaneous power. (See page " water injection in airplanes by Daimler Benz")

This still exists today in competition as evidenced by these kits sold in England: http://www.aquamist.co.uk 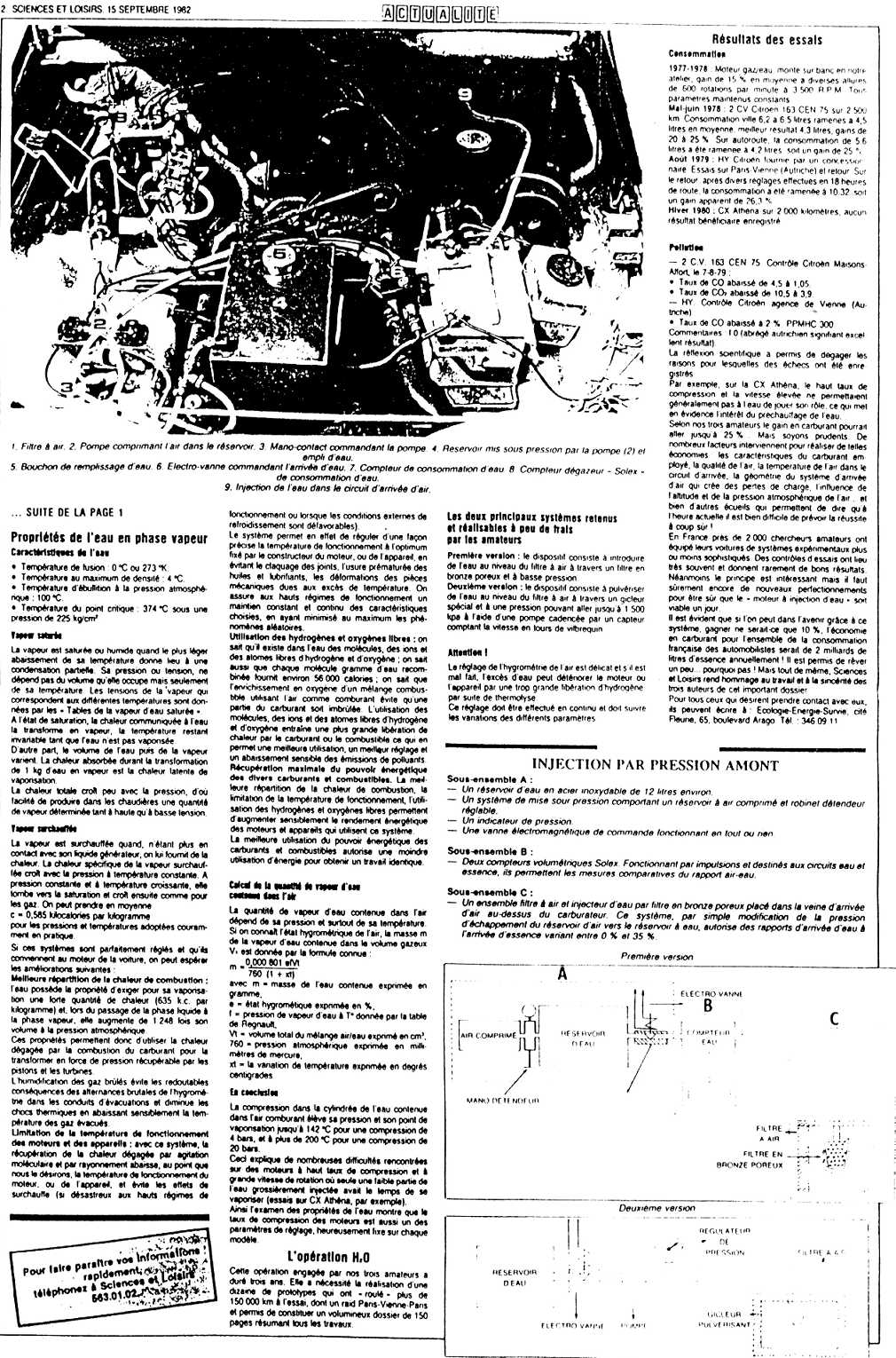 ps: Article printed on a full size A4 to play it. 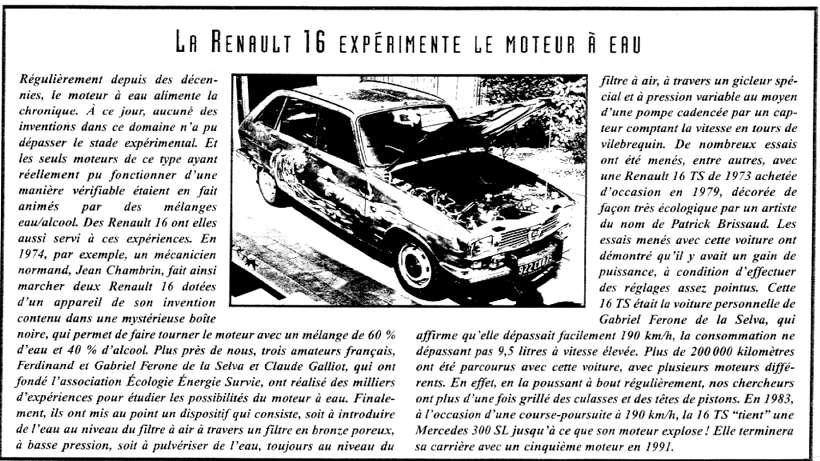 Framed in the book The R-16 my father, ETAI 1996 Edition by Bernard Vermeleu

As such research unfortunately never resulted in industrial or commercial applications, we can deduce that the case was hushed up. This was the case 20 years ago, but what about today in an era of “total” freedom that the Internet provides?

We have personally produced a water injection prototype. The assembly and the performances have been posted on this site: link to the ZX-TD presentation page spiked with water.