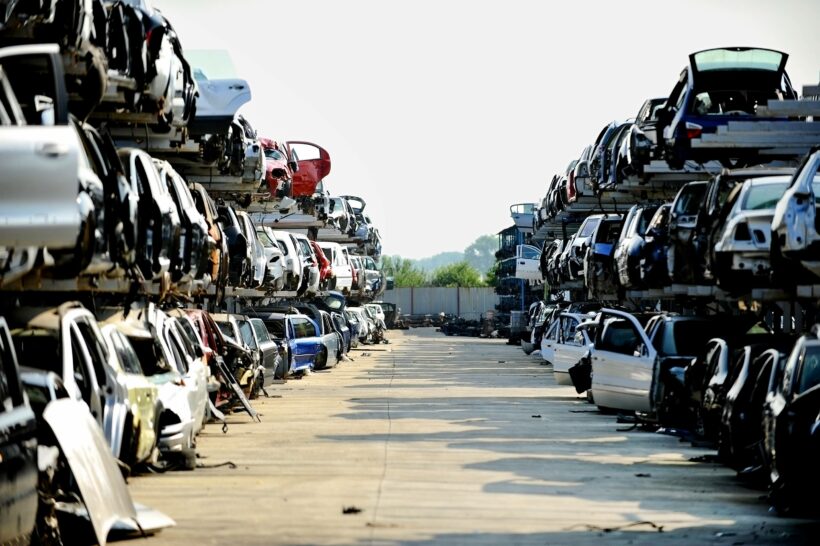 In France, more than a million vehicles, deemed too old by their owners or out of use, are scrapped each year. They are generally replaced by new automobiles. Once in the demolition centers, they are recycled and the reusable parts are sent to the second-hand market. Does replacing old cars with new ones have a negative impact on the environment? How is vehicle recycling carried out?

Keeping and repairing your car as much as possible: what is the importance for the environment?

Older cars are generally considered to be a major source of pollution, while newer models are considered cleaner. However, it is not enough to rely solely on the emissions from the exhaust of a vehicle to judge its level of pollution. This represents a tiny part of the ecological balance sheet of a car.

The production of a new car generates a significant, even disastrous carbon footprint. A study carried out by Toyota in 2004 shows that 28% of the polluting emissions of a car throughout its life come from its manufacture. A Japanese study prior to that of the car manufacturing firm estimated the ecological footprint linked to this operation at 12%. In addition to greenhouse gas emissions, waste and other environmental damage (deforestation, loss of biodiversity, etc.) caused by the production of a new car. The deconstruction of the vehicle from which one separates also generates a certain amount of pollution. Added to the environmental footprint of building a new automobile, the calculation becomes very heavy.

Concretely, it is estimated thatit takes between 100 and 000 km to make the purchase of a new vehicle profitable on CO150 savings. This is part of the calculation of thegray energy of a car.

We quickly realize that changing vehicles is therefore only advantageous for manufacturers. This action is rather devastating for the planet. Keeping your old car and repairing it as much as possible therefore seems more ecological than buying a new car every 3 or 4 years or even less for tax reasons!

It will also be noted that there is several original ways to recycle cars using old car parts as a decorative object!

Report on the used car parts market in Normandy:

The scrapping bonus: what impact on the environment?

The scrapping premium, also known as the conversion premium, allows motorists to get rid of their old car and buy a vehicle that emits less CO2. This system set up by the French government therefore aims to reduce the circulation of polluting vehicles and their impact on the environment. This policy, which is supposed to make it possible to limit greenhouse gas emissions, is however dangerous for the planet.

The financial assistance provided by the State encourages motorists to scrapping old cars and promotes thepurchase of a new so-called clean vehicle. While the manufacture of a single new vehicle generates a significant rate of CO2 and a disturbance to the environment. By wanting to clean up the vehicle fleet, the conversion bonus system rather increases global warming.

What to do with your car if it is declared as a wreck by an expert?

A vehicle that has suffered significant material damage can be categorized as "wreck" during an expert report requested by your insurance company. This means that the car is technically irreparable or economically irreparable. If you accept the wreckage of the vehicle, it will be entrusted to a professional demolition organization by your insurer. This makes it possible, in certain cases, to obtain insurance compensation for his wreck

For this, you must accept the compensation offer from your insurance company. You will then hand over the keys and the vehicle registration card to the latter and you will have to sign a declaration of assignment to terminate the current insurance contract. Note that it is possible to carry out a postponement of the insurance contract if you buy another vehicle or you can opt for its termination or suspension.

What happens to scrapped cars?

An end-of-life vehicle that is scrapped must be recycled and valued at around 95% of its mass. According to regulations, out of 1,1 tons, the amount of waste obtained should not exceed 55-60 kilograms. These automobiles contain, in fact, a large number of elements which can be recovered and reused in the form of raw materials or second-hand spare parts.

SMEs have been in the industrial automotive recycling market for many years:

To recycle the maximum amount of elements, it is necessary to demolish the car. The operation must be carried out by a center approved by the prefecture. As the standards have become very strict in recent years, many breakages had to close. However, there are still a few broken cars in France. The different stages of recycling end-of-life vehicles are:

To take advantage of the conversion bonus, more and more people are abandoning their old cars for acquire a new model deemed cleaner. This action is far from being that beneficial for the planet, since it very often has a negative impact on the environment over the entire cycle!

A question of repair or recycling? Visit the forum transports