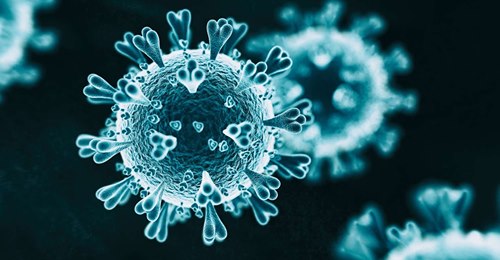 La Coronavirus crisis does not have all drawbacks. We are still masked, of course, but nature has been breathing a little better since the start of this crisis! The coming economic crisis will wreak havoc on our income, our lifestyles and our way of consuming. Perhaps this is the beginning of the end of anthropogenic consumerism… or at least the end of the beginning? So What? Isn't it high time to return to more responsible consumption? Has a way of life more in line with the preservation of resources and the climate while respecting future generations? Isn't it high time to stop finding your "happiness" in narcissistic overconsumption which ultimately brings meager and ephemeral personal satisfaction? Overconsuming to be "happier" is what we call "consomlation" (consuming for comfort). Learning happy sobriety, rather than mourning over lost income and purchasing power, will certainly help limit people's unhappiness during the coming economic crisis.

This is all the more true since the long awaited post-coronavirus risks never existing and of turning into a permanent coronavirus counterpart. Indeed; more and more people believe that Covid will become endemic. There is still time to change… the accumulation of wealth should no longer be a goal!

Novethic gave an overview of the positive actions for the environment already acquired since the beginning of this crisis.

The return of confinement is a hard blow for all French people and Europeans. In the spring, we believed in a “world after” but our hopes seem to have been dashed. Let's raise our heads! Thanks to the many calls to change models, the lines have shifted in recent months: China is committed to the climate, the food industry is becoming more economical, Mercosur is rejected… There are "reasons for it". believe ”! Overview of positive changes for the environment since the Coronavirus crisis

Three of the largest economies are committed to the climate. China, Japan and South Korea have just announced a goal of carbon neutrality, in 2060 for the first, in 2050 for the other two. This is no small commitment for countries whose economies rely heavily on coal. For example, China's electricity mix is ​​based on 62% coal. The efforts of these countries will also motivate the United States to catch up with its delay under the Trump era, whether it is as early as 2020 or later. On the side of Europe, the most advanced zone on the climate, we are also increasing our ambitions despite the brutality of the health crisis. In a State of the Union address in September, President Ursula von der Leyen defended a target of reducing greenhouse gas emissions by 55% by 2030 compared to 1990, compared to 40% currently .

Read also:  Planned obsolescence, a symbol of the waste society

The oil crisis, caused by the global health crisis, has forced the majors to change their minds. With declining demand and low prices, there is no longer any question of investing in megaprojects with limited profitability. Total CEO Patrick Pouyanné explained that the company's oil production would stagnate or even decline by 2030. A Copernican revolution! He adds: "We are in the Top 5 of oil producers, we want to be in the Top 5 of renewable energies".