Proteins are water-soluble macromolecules entering into the constitution of all organic tissue (bone, muscle, etc.). They physiologically perform the functions of hormones, enzymes and antibodies.

While proteins exist in countless forms, all of them are made up of only a molecular assembly of 22 amino acids called proteinogens. Essential to the functioning of the body, which unfortunately cannot produce them, proteins enter our metabolism through food. In fact, there are two kinds of proteins: proteins of animal origin and those of plant origin.

Depending on the category to which they belong, the proteins are of particular interest for the organism and their production. And being the subject of human activities, this represents an environmental issue. Around proteins, it is increasingly developing a new form of nutrition known as the hyper-protein diet that gives pride to proteins at the expense of carbohydrates and fats. The purpose of this scheme is toto achieve a weight of form which satisfies us personally regardless of our body mass index. 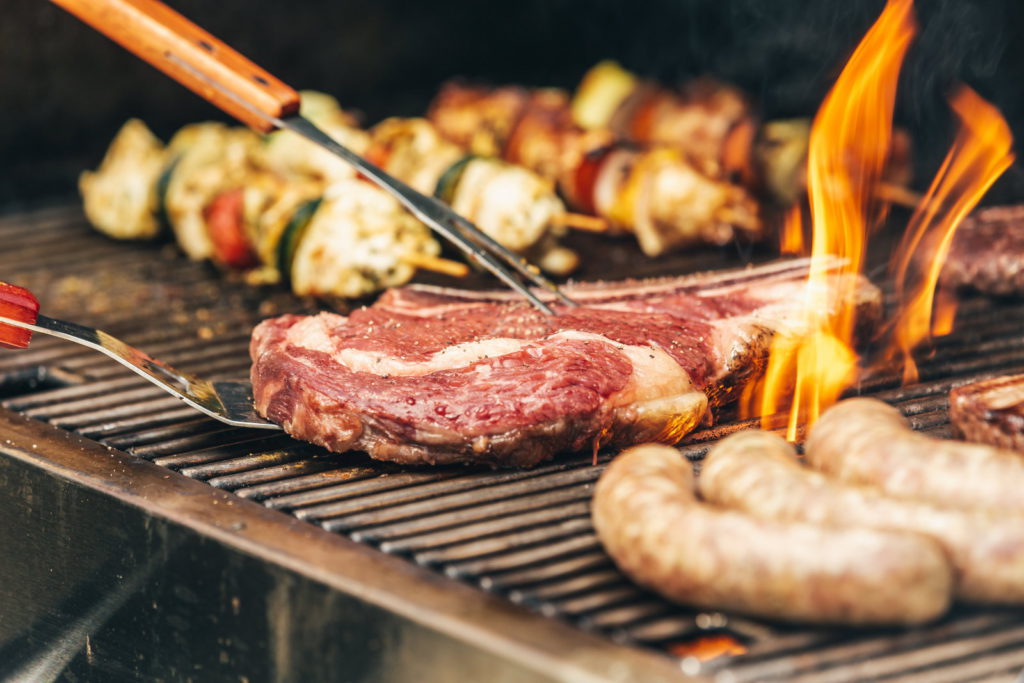 Proteins are the macromolecules that make up our body and that of every living being. Because they are provided to the body only through food, we must ensure that the food is abundant enough, and in a balanced way.

Of the 22 protein amino acids that we ingest, if all are said to be "conditionally essential", there are some 8 that are said to be "essential", and this, without condition. Omitted these 8 essential amino acids, the body can, by protease and hydrolysis dissolve in the measurement of the stock protein amino acids according to the function for which it is intended. Thus, the essentiality of the so-called "conditionally essential" amino acids is due to their correct or bad synthesis by the body, while the other 8 must imperatively be provided by the diet through the proteins.

In addition to being those that contain the most essential amino acids and vitamin B12, proteins of animal origin have a strong acidifying power because they release into the body acids such as sulfuric acid, phosphoric acid and hydrochloric. These acids are treated and eliminated by the kidneys, but over-consumption of meat, especially red meat, leads to kidney dysfunctions and even cancer and cardiovascular disease. Poultry, eggs, seafood, fish and other animal and vegetable proteins do not have such an impact on the kidneys.

It is therefore necessary, by feeding on animal proteins, to be careful not to overuse meat and, above all, not to exceed as recommended by ANSES, 500g of red meat a week.
Animal proteins have the advantage of being assimilated quickly by the body and are more digestible than vegetable proteins. Histidine, phenylalanine, leucine, methionine, lysine, isoleucine, valine, threonine, tryptophan are the essential amino acids that animal proteins provide to the body.

The table below illustrates the high protein content of some foods of animal origin.

These are the most important proteins in the eating habits of different countries. Unfortunately in France and in the West more generally, they represent only 30% to 35% of the proteins consumed.

In addition to being high in fiber for some of them, vegetable proteins are also rich in vitamin C, iron, vitamins of group B, beta-carotene, and even in calcium which are usually overflowing dairy. Vegetable proteins also contain forms of fat that are an alternative to the essential fatty meats sometimes source of diseases.

The fact that certain vegetable proteins can provide the body with animal proteins, even if it is in minimal proportions, makes them perfect alternatives, in particular for the frequent cases of allergy to products of the animal kingdom. To do so, as part of a vegetarian or vegan diet, it would be necessary to combine a legume and a cereal to have all of the essential amino acids.

The table below illustrates the high protein content of some plant foods.

The environmental stakes of proteins

Nutrition is the way for humans to provide the body with its essential macromolecules, which are proteins. Although industrialization is already producing it, as in the case of protein-rich snacks, it is farmers and ranchers who produce most of the protein rations consumed in the world.
To satisfy the needs of more than 7 billions of individuals (March 2012 figure) and increasing demand for high protein diets this production is unfortunately not without consequence on the environment.

The sources of vegetable protein are the fruits of agriculture, gardening and gathering. Agriculture is certainly among the modes of production of vegetable proteins the one that poses an ecological problem since it is done both intensively and extensively. In addition, growing crops does not consume enough carbon, not as much as tree forests to the detriment of which the fields are developed. Estimated at almost 49 million km² in 2015 (World Bank), the Global agricultural area occupies about 37% of the land area.

In addition to the area factor, the intensive nature of production leads to a disproportionate and worrying use of fertilizers. The world average is approximately 138 kg of fertilizer per hectare of arable land, an increase of 22% over the past 16 years. These fertilizers are regularly implicated in the infertility of soils in the medium term. They are also the basis of many diseases, because they sometimes modify the genetic heritage of seeds for the sake of optimization. Chemical fertilizers are also the basis of the scalability of land, as they sometimes require the land to be rested and used in a cycle.

Apart from the loss of 50% of the forests since 1950, the production of vegetable proteins still has a beneficial effect on the environment in that it stores carbon and mitigates global warming.

As we said earlier, algae are plant-based proteins just as rich and complete as animal proteins. They therefore represent credible alternatives to animal proteins especially that they would relieve the earth in terms of global warming. We evaluate between 15 and 25 tons of protein they could provide per hectare per year.

The stakes in the production of animal proteins raise considerable problems of ecology. The sources of animal protein are the fruits of animal husbandry in any form. In order to respond to the enormous demographic pressure, livestock farming has become a quasi-industrial activity and mobilizes enormous resources with serious repercussions on the environment. The figures that will be presented below are statistics produced by INRA and fundamentally question our mode of nutrition. Remember that France is one of the countries where we consume more animal protein than vegetable, in a report of 1 for 3.

First of all, you should know that in order to produce some 90 million tonnes of animal protein in the world, animals need to consume 550 million tonnes of vegetable protein. The animals would therefore consume 5 times more vegetable protein than humans whose consumption stands at 110 million. In summary, the environmental pressure exerted in agricultural production is partly due to the production of animal proteins. 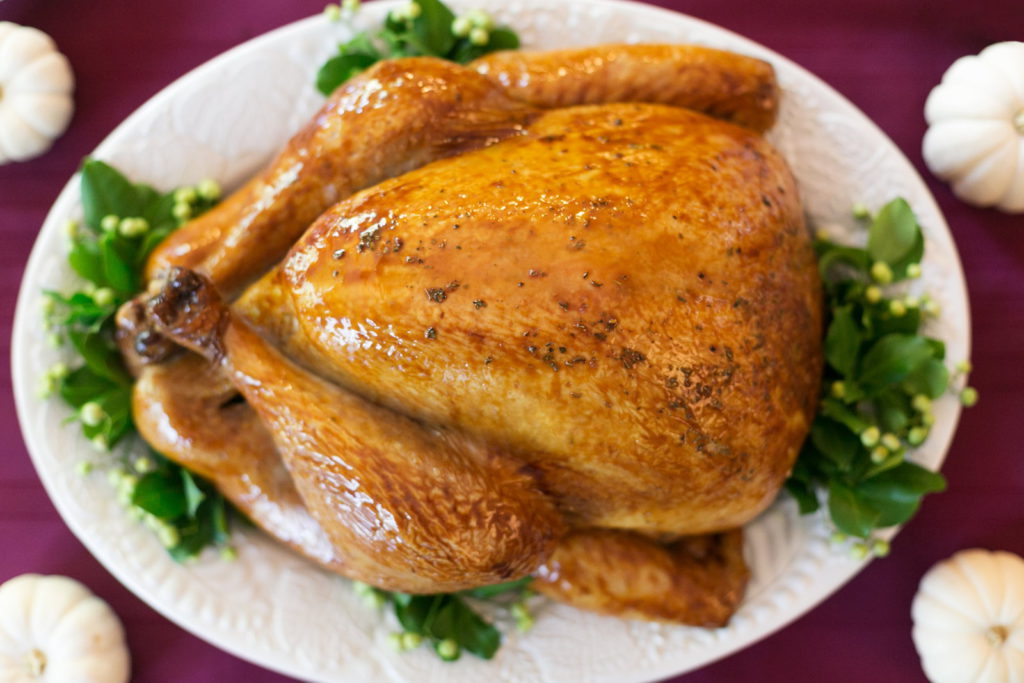 The second ecological aspect that raises the production of animal proteins is that of greenhouse gas emissions. Indeed, livestock would be responsible for some 18% of global emissions. These emissions consist of 9% of CO2, 37% of methane, and 65% of N2O. It is a phenomenon therefore not negligible.

By remaining in the same register as that of gas emissions, we must look at the energy cost of animal proteins. It would indeed require the mobilization of 25 kilocalories of fossil energy (diesel, gasoline, coal, electricity also via the aforementioned others… etc.) for the production of one kilocalorie. In comparison with the production of vegetable proteins, animal proteins require 10 times more fossil fuels.

To finish with the impact of the production of animal proteins on the environment we will look at the question of the water consumption of this activity. For the same kilogram of protein, the animal requires the mobilization of 100 times more water than the plant.

We must therefore, in the interest of a more sustainable world, look for ecologically viable solutions such as algae instead of animal protein.