Low Cost: helped by considerable technological progress for two centuries, economic strategies have been guided by insatiable "capitalist" challenges ever more demanding in profits and always justified by the intervention of the invisible hand (1) "supposed to optimize for the greatest number the result of choice answering individual interests ...

As a corollary, the law of the market has emerged as a benefactor, liberator, liberal, able to regulate everything at best ... determinant of optimized prices.

Then relying on economic theories to play with volumes in order to lower prices, the functioning of this market has engendered the consumer society, accepted by the greatest number, conquered by the benefits of an "always more material goods consumed "... but using ever more non-renewable natural resources to produce, transform, transport, sell ... and produce ever more waste degrading the environment ... 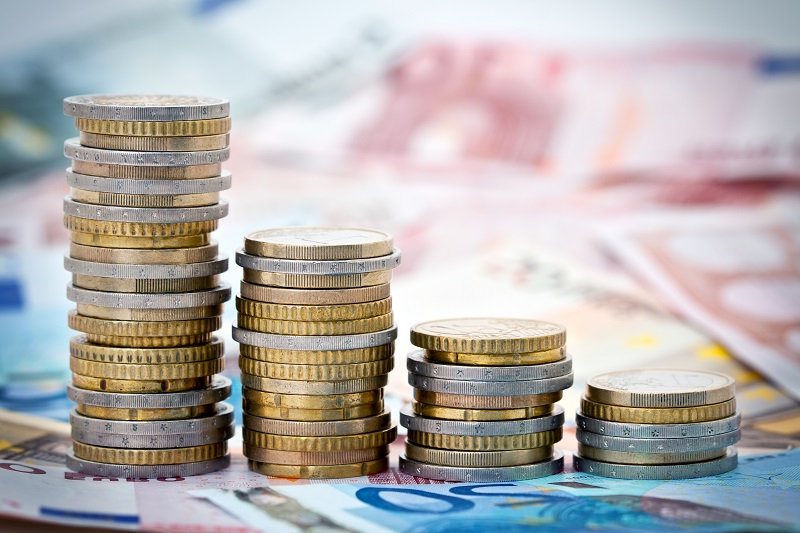 "Forgotten" presuppositions that have led us to a harsh reality ...

No, we can no longer believe in the virtuous intervention of the "invisible hand" so widely exploited by economists to justify an absolute confidence in the market's ability to optimize from the point of view of the general interest the individual behaviors: a a blunder comparable to that made about the ecological cost of economic activity.

With the consumer society were born the Consumer advocacy groups in favor of low-priced consumption, always lower ...

With the crisis that we know today the public authorities have supported this quest to meet the desire of consumers of "More purchasing power"...

In both cases we have forgotten that, essentially, consumers and employees were the same population, were one! ... that the race for low prices had quickly been harmful to employees and employment ... and thus cause serious societal imbalances.

The societal problem of low cost, broken prices and other discount ...

... in a context of globalization

In the context of "globalization" of trade, which today affects almost everything that is consumed, driving down prices is certainly supporting the development of offshoring, supporting imports from low-cost countries of the world. labor ... (at least as long as the costs of transporting goods are not deterred).

So consuming at low prices is harmful to local or national employment in all sectors of production: an obviousness!

There is a lot of hope in alternative activities such as "personal service" ... So we have to be careful that this type of activity is only likely to develop if the participation rate in other sectors, particularly in the production sector, remains sufficientif not the lack of resources and the availability found within each family will make the development of this new service unlikely ... Moreover, it is clear that the sectors most likely to participate in the balance of the foreign trade balance remain those of production!

... in a context of "large distribution"

In a context of fierce competition between major brands there is a crash in prices which is in the process of dethroning the prices in stores specialized in the "discount", with serious consequences for employment throughout the commercial sector and dramatic impact on suppliers.

With the latest technological innovations, soon large and medium-sized businesses wanting to reduce their operating costs, will no longer offer jobs as "cashier" ... With the practice of "back margins" large chains and their central purchasing negotiate with their suppliers, on pain of "dé referencing", rebates ... which according to F. Rullier, Director of studies at the Institute of Liaison and Consumer Studies Studies (ILEC) accounted for 32% of the net prices charged in 2003 (while other sources mentioned in some cases rates exceeding 60%!).

... in a context of almost permanent balances

Increasingly, consumers are now expecting balances (which are also becoming permanent as they are needed for inventory management and turnover of merchants!) To commit their non-food purchases.

Thus consumers feeling almost eaten away by the “displayed” prices could come to contest them. Besides, do we not see the reappearance of "bargaining"! In this process, doesn't barter have new chances… via the internet! By LeMonde.fr, 17/09/09: According to the IRI-France institute (Information Resources, Inc.), since the start of the year, sales under promotions have represented 17,2% of turnover of mass distribution. Never seen !…

... in a deflationary context

Generalized low prices, durable, it is the deflation ...

Then the financial and banking crisis threatens, all the more serious as deflation is accompanied by unemployment that develops, one supporting the other to amplify it.

If we recall the concomitance of the energy, ecological and economic crises, we end up with a societal crisis (which others will call "civilization") which forces profound changes in the functioning of the market and requires new approaches, order philosophical and political ... of the economy (6) ...

THEequity at the center of the debate

Economic activity produces added value. It is usually expressed as the sum of payroll and net profits (taxes and investments deducted). 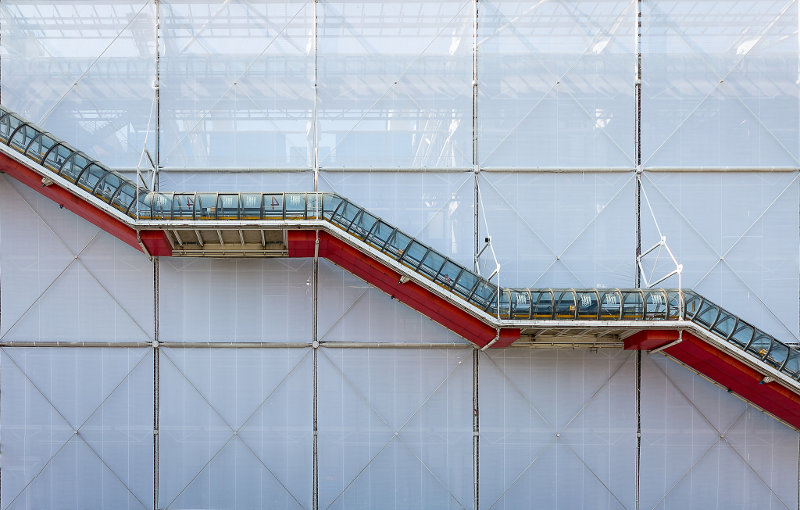 Equitable sharing of value added in the company

We had the opportunity to develop a model of equitable, negotiated sharing of added value within the company. This model has been presented in a book as well as in many articles published by Harmattan (7).

It is therefore essential to underline here that these modalities of remuneration, which in the eyes of everyone as well as the height of the wage bill as profits, thus annihilates the traditional hostility of shareholders vis-à-vis the remuneration of the employees and shareholders in conditions that are in principle favorable to good negotiations.

The expected application of the model in supermarkets

As in other companies, applied to supermarkets, the model mentioned above more equitably distributes the added value produced by the supermarket, between its shareholders and its employees.

At a time when employment in this sector is threatened by an exacerbated competition between distribution juggernauts, first between them, but also with the discount stores, at a time when the new technologies of cashing are entering the path of the equitable, negotiated sharing of added value deserves to be studied ... in particular because it leads to margins and other profits contained, because indexed to the remuneration of work ... can only grow if there is correlative growth of the latter.

A fair price for "raw" materials

To stick to the news we will evoke the case of producers of raw food materials ...

The inequitable balance of power between producers, particularly the smallest, and the behemoths of processing and distribution with their purchasing centers and their "rear margins", ruins the producers, the first link in the food chain (today ' hui it is milk producers, tomorrow other producers of the agricultural sector will probably be in the news), in France, in Europe….

It can even be said that the producers of raw materials are caught between their own suppliers, most often in the oil and chemical sectors (not counting the arrival of GMO monopoly suppliers!) And their customers, as many behemoths before whom they have the role of the pot of land, having little hope of benefiting from any backward margin or other discount! 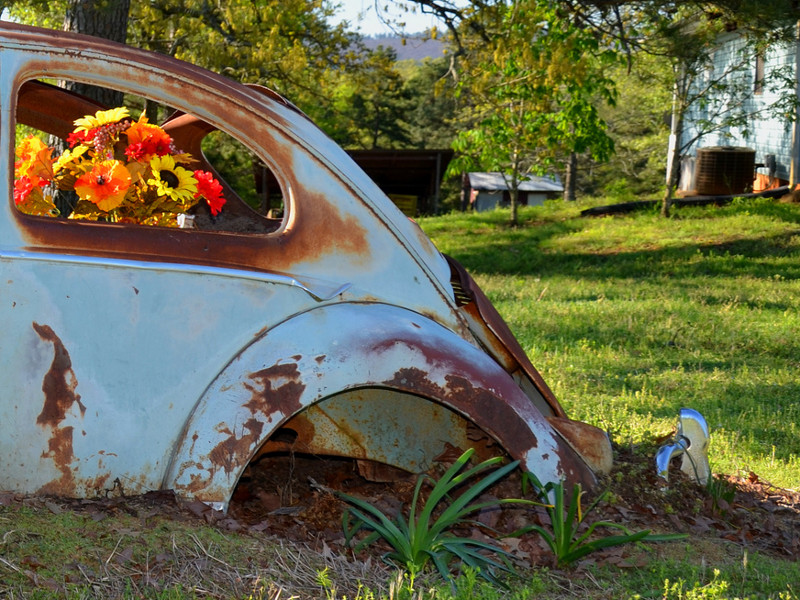 Rather than being supported by aids often experienced as degrading, other ways can be envisaged to restore their full dignity to these professionals ... For example, and consistent with our equity model of sharing value-added within the company, we propose that is negotiated between professionals and the public authorities, and reviewed as much as necessary, a price "floor" for a production adapted to the demand, but a price indexed on the whole of the added value downstream engendered in the same sector, including the processing of the raw material, packaging, storage, transport, marketing ... to the final consumer.

According to the proposal, from open chain (with its first weak link), one would thus pass to a closed chain where each link would have the best chances to collect a remuneration worthy of the intrinsic added value brought by its work and in coherence with that of the others stakeholders in the sector!

It will be understood that the term "low cost" that appears in the title of this article is there to recall the case of the "air discount" ... a case of discount that constitutes an outrage to the ecology for all those who are sensitized to the need to preserve fossil energy resources and our environment ... and know what aircraft transport "costs" to the planet (3) ...

This article was written by Rémi GUILLET today retired. Engineer at the Ecole Centrale Nantes (formerly ENSM promotion 1966) he is also a PhD in Mechanics and Energy (University H. Poincaré-Nancy 1-2002) and a graduate in Economics / Management (DEA University Paris 13-2001).

His professional activity led him to work mainly in applied research in the field of combustion. He was particularly known for his work on wet combustion Receiving a "Montgolfier" Prize for Chemical Arts in 2002 (Prize awarded by the National Industry Incentive Society). He was in charge of the energy / construction sector at the headquarters of OSEO between 1995 and 1998 ...

(1) Metaphor of the Scottish philosopher and economist A. Smith

(2) See the article "Growth and energy: a brief summary" by R. Guillet

(3) See article "Advocacy for another growth" by R. Guillet

(4) See the foreword of the book "For more solidarity between capital and work or new opportunities for employment" by R. Guillet (L'Harmattan)

(7) See the book "For more solidarity between capital and work or new opportunities for employment" by R. Guillet (published in 2004 + 2009 version in e-book) and additional articles published by l'Harmattan .