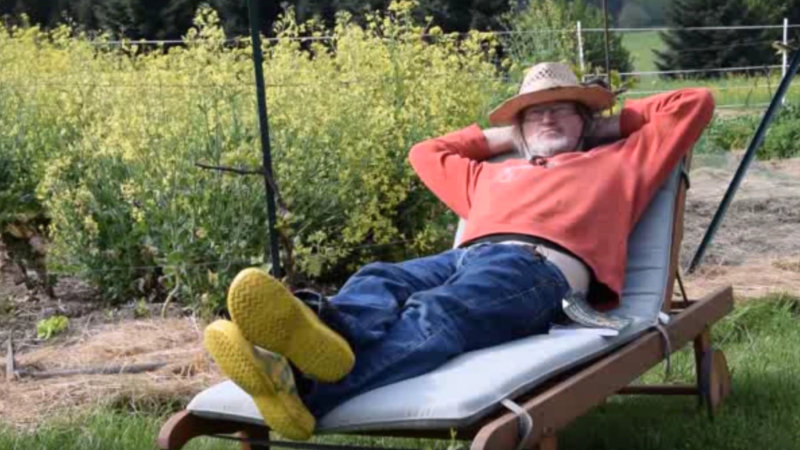 La Potager du Sloth, video presentation by Didier Helmstetter (alias Did67): its origin, its objectives and its principles ...

Caption of the introductory photo: "The owner of the Potager du Laesseux surprised at work ... explanation! "

The "Potager du Paresseux" is a way of producing vegetables "more than organic", in abundance, without any tillage (no spade, no pick, no hoe, not even "grelinette"), without any fertilizers (neither biological nor chemical) and, of course, without synthetic pesticides (in particular without fungicides)!

The method relies on a permanent soil cover with hay or BRF. This video introduces this way.

Didier is looking for a name for this new revolutionary cultivation method, do not hesitate to answer the question "According to you, what is the best name (2 possible choices) for the technique of cultivation under hay of the" Potager du Laesseux " of Didier? "In the column to the right of the site or to discuss it on the about Didier about forums

Lesson Number One of the Kitchen Garden Sloth: garden with hay

Follow-up of the works on the garden of Didier H. since 2014 on forums