In recent weeks, we only talk about that… The famous power cuts that could occur this winter! Even if the risk of power cuts seems to be receding with the mildness of the current winter climate, it is sometimes difficult to navigate in front of all this information. And above all, it can be worrying not to know how best to protect ourselves from the immediate effects of these cuts on our mode of consumption which is very dependent on electricity.

This article is therefore intended to be an assessment of the situation, but above all, a source of proposals to get through the winter with more serenity if the announced situation were to take place in the coming months.

But what are the technical causes of these cuts?

To understand the origin of any cuts announced for this winter of 2022, it is interesting to take stock of current electricity production in France. Indeed, on closer inspection, we realize that nearly 70% of the electrical energy produced is of nuclear origin (68.4% to be precise). These numbers are given by the ORE agency (Energy Network Operators) which federates all the French players in the distribution of energy and gas.

However, France is currently facing a technical problem with part of its nuclear power plants. The French fleet has 56 plants the map of which you can find below. Of all these plants, about fifteen are still at a standstill in mid-December 2022. A time of year when, particularly because of the cold, the demand for energy is often the strongest. Some of these plants are undergoing planned and scheduled maintenance. Others are shut down following the discovery of micro-cracks affecting the main cooling pipe of the nuclear core. A stress corrosion phenomenon, which could have led to a nuclear accident if it had not been discovered in time. A good thing, then, that the maintenance operations in question. The problem is rather located in the still too low diversity of our sources of electricity supply.

Possible power cuts, by whom and under what conditions will they be implemented?

In France, the electricity supply can be schematized as follows:

Un delestage is a voluntary and momentary interruption of the electricity supply on part of the electricity network (Enedis definition). This can happen when the demand for electricity is too high. Load shedding is then organized by the electricity distributor (Enedis) in order to avoid a general cut to the entire electrical network. Such cuts are of course not without consequences. Thus, very specific conditions have been defined to organize them:

However, it seems important to remember that these power cuts should only occur in the worst case scenario. Once all other possibilities have been exhausted. Among these other possibilities, it seems interesting to us to cite the purchase of electricity from neighboring countries from France. Indeed, the French electricity network is connected to those of the following countries:

Following Brexit, a connection project is also underway with Ireland.

Organization: the key word to live with possible cuts in all serenity!

As we will see later in this article, some investments may prove interesting to simplify your life in the event of power cuts in your home.

However, without having to go through the “payment” box, a number of tips can already help you get through a cutoff episode without disasters. The first being from you organizer before the cut occurs. In effect, RTE, the electricity transmission manager uploaded its application ecowatt.

The latter offers to subscribe to a notification service allowing you to be warned of power cuts the day before they occur. It does not stop there, also offering a " electricity weather » day by day and hour by hour allowing users to optimize their electricity consumption according to demand. This “weather” takes the form of signals of different colors:

For the moment on January 9, 2023 and to our knowledge, there has been no Orange ecowatt alert: a few reactors have restarted since the beginning of December 2022 and the mild winter explains this. Other reactors will restart in January 2023 and in February 2023 which should, barring a sudden and intense cold snap, reduce the risk of cuts.

Wholesale electricity prices on the EU market are also becoming much more reasonable, yesterday morning at 4am, they were even negative in Belgium :

In the event of a power outage, one of the first elements affected in your home is of course lighting and all your household appliances.

A crucial point is heating: no heating appliance, except the log wood stove, can currently operate without electricity. And the risk of power outage is strongly linked to low temperatures due to the extremely present electric heating in France (convectors but also heat pumps…which are much less ecological than we are led to believe…).

A widely circulated fake news for a few weeks makes you believe that we can heat a home with a few candles and flower pots : this is completely false, the calorific power of a candle is a few tens of watts and it takes thousands of Watts to heat a home when it freezes, with the exception of the all too rare passive houses. However, this solution can warm your hands…

On lighting, and depending on the cut-off times, it will sometimes suffice to take advantage of natural lighting. However, for more comfort in the early morning or late afternoon, artificial lighting will undoubtedly remain essential. The first opportunity to get out of your cupboards candles and battery lamps. With a few tips though. As for battery-powered lamps, providing a stock of rechargeable batteries can save you successive purchases that are not very economical or very ecological. Candlelight has a certain charm to it, but be careful, you have to think about safety first!

So you should avoid: 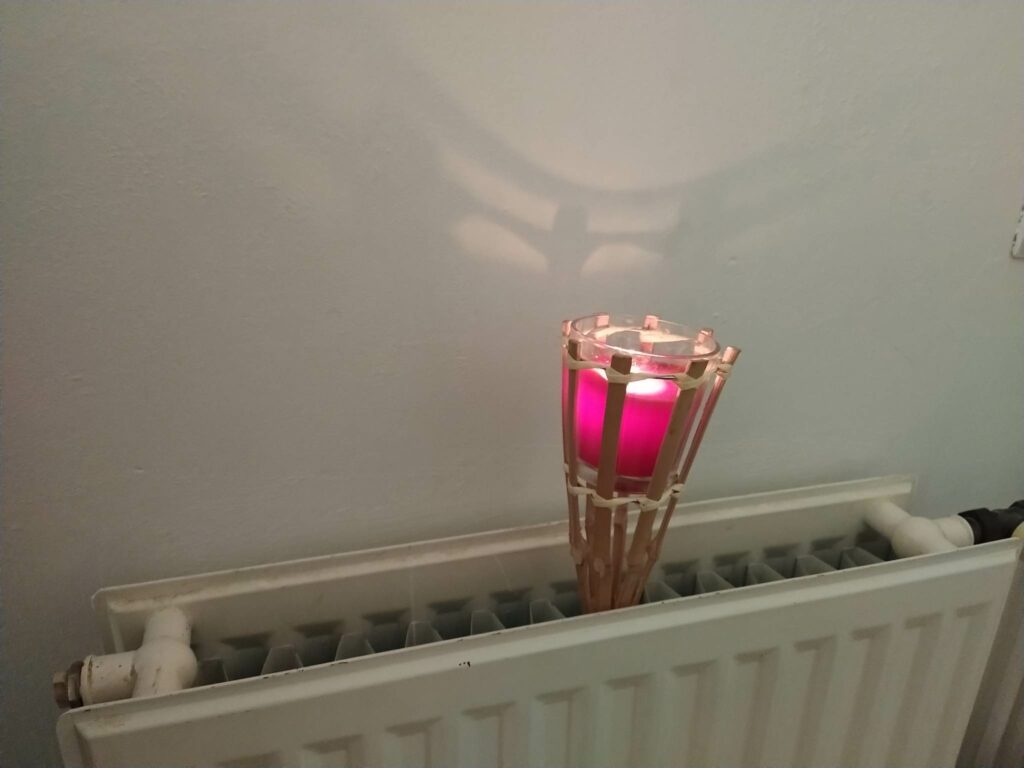 Another element that today seems impossible to do without: mobile phone. The most important thing here, it seems to us, would be to remind you of the global emergency number which will probably be the only one accessible in the event of power cuts: thus, from your mobile phones, you will need to dial 112.

Do not hesitate to relay it around you, see to display it in your shops, on your social networks, or even in the premises of your company, a little reminder of the safety instructions never hurts. And for the most of you who are probably wondering above all how to continue to enjoy their device in a fun way, here are some simple tips to put in place:

Finally, it is also possible that you are worried about storing your food. Indeed refrigerators and freezers are quite energy-intensive and supplementing them with electricity in the event of a power cut will very quickly be expensive. But rest assured, there are solutions despite everything:

To reduce the risk of load shedding, it seems to us that we do not communicate enough about unnecessary consumption and that of the day before. Thus a small table corner calculation makes it possible to estimate that the production of a 1 GW nuclear reactor corresponds to approximately and only, 30W for each of the 30 million French households.

And 30W is the standby power of less than 10 household appliances!

In this period of tension on electricity production, it is more than useful that everyone unplugs the devices they don't use, especially when they're away. Why leave your internet box on when you are at work, for example?

A good habit to adopt for the future because this period of tension on the electrical network could become the norm in the coming years...

Table corner calculation: how much is the #consumption #electric hidden and monitoring of the 29.5 million households in France compared to the production of a reactor #nuclear ?

Some good technology tips can also help you:

If despite the advice given above, the fear of power cuts remains a source of concern for you, several slightly more technical solutions (while remaining largely affordable and easy to use) are possible to deal with it. First of all, we mentioned battery-powered devices above, in the same concept, it is possible to think… to batteries.

Thus, as we explained in more detail in a previous article dealing with the choice of batteries for a solar installation, the battery is a device for storing and then reusing energy in the absence of any connection to the electrical network. On the market, it is now easy to find small, light batteries, called Powerbanks, and easy to use in the "accessories for smartphones" section.

In the event of a power outage, having this emergency solution available for only around twenty euros could allow you to:

In the same vein, a 230V inverter on battery power can be used to supply auxiliary lighting for several hours provided that low-consumption LED bulbs are used and electric heating is kept to a minimum, including cooking. With the advantage, this time, of allowing a power supply with a mains plug. But let's see here what an inverter is, and the other services it can provide you. Indeed, it represents an investment of around 50 to 100 euros for a basic model, it would be a shame to only use it once...

If your budget allows, other solutions can also provide energy without connection to the Enedis network. Here again, they are for the most part not very affordable if it is a question of using them only within the framework of episodic power cuts. But if you are passionate about the subject of electric autonomy, then electricity generators ou solar installations may be of interest to you. Good to know :

Do you have any other ideas or tips to share? Feel free to do so in the comments, or on our forum energies !

Finally, it is possible thatno cuts will take place this winter (which we all hope for). But the advice given above can also prove useful in the event of accidental power cuts not linked to an overload on the network.