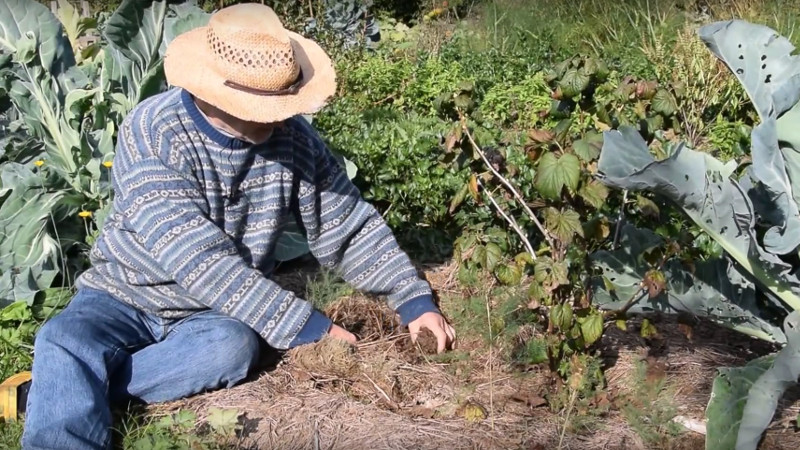 Initiated in the spring 2014 on forums site, the "permaculture" technique of Mulching with hay Didier Helmstetter is experiencing growing success both in terms of productivity results and popularity, with many gardeners testing the technique in the 4 corners of France! As a reminder, this technique called "The vegetable garden of the sloth" by Didier Helmstetter is a cultivation technique that eliminates the need for fertilizers, pesticides and fungicides, it is based on the principle of soil conservation. say to let biological life (micro and macroscopic) work the soil. An "official" name (and a little more serious) has just been chosen by Didier and some members of the forums. After some debate, this technique will therefore be called phenoculture.

Phénoculture is therefore a neologism "made in Econology" (one more) which recalls on the one hand the Latin root of hay ("faenum" in Latin) and a play on words with "phen ... oménal" in view of the spectacular results obtained, it comes naturally phenoculture!

Didier Phénoculture talking about in this video:

Below is a quick press release that can be used for dissemination on your blog, your social networks ...

The technique has certain similarities with permaculture, but less restrictive while being more efficient: it involves growing a crop under a permanent layer of hay. A layer of hay which provides both nutrients to vegetables, energy to living soil organisms which work for the gardener, which protects the soil from climatic attacks and which blocks the emergence of annual weeds. The result is that we can do without any tillage but also any chemical product, whether fertilizers (even “organic”) or treatment products. It optimizes production by minimizing all constraints, including labor.

The technique was first proposed this forum since spring 2014.

You are free to use this information to write editorial content.

Why the name?
The technique of vegetable lazy in brief
Mulching with hay Didier Helmstetter detail
How to start a vegetable garden lazy: tips and tricks?

10 comments on “Phenoculture,“ official ”name of the permaculture technique of hay mulching developed for econology”