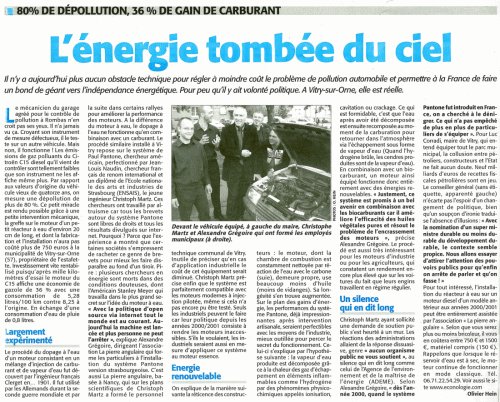 The 31 was organized last May a press conference by the Mayor of Vitry-sur-Orne about water doping via a Pantone reactor.

Indeed, the Mayor, Mr. Luc Corradi (also General Councilor), seeing that “official” solutions to reduce vehicle pollution are either non-existent or overpriced, a decided to equip one of their municipal vehicle with water doping.

This beautiful transformation (the most beautiful of all realized doping) was made by Alexandre Gregoire the Pierre Angulaire association. It is based on a steam generator whose initial idea was developed by Michel (alias Camel1), here is Site.

Christophe Martz, webmaster of econologie.com, was cordially invited to participate in the preparation and development of this conference in order to discuss the different ways of explaining the process.

The results are final (for those who block the development of water doping):

All this for less than 750 € (whereas it is about a prototype)… This figure is to be compared to the costs of the development of the Particulate Filter and the high pressure Diesel injection. Furthermore, there is no evidence that doping with water would not be equally effective on modern engines...

The different feedback from the Press and Media will be presented as and when they are published or published, here's a few.

We would like to congratulate Mr Luc Corradi, Mayor of Vitry-sur-Orne, for his ecological policy and his commitment to water doping, as well as the various people who contributed to the organization of this conference (Aurélie, Alexandre , Jérome ...) hoping that this decision will initiate ideas for other Town Halls and that Vitry-Sur-Orne become for the Pantone what the Municipality of Villeuneuve sur Lot is for pure vegetable oils!

Again, congratulations to all!

a) Small radio report on LOR'FM 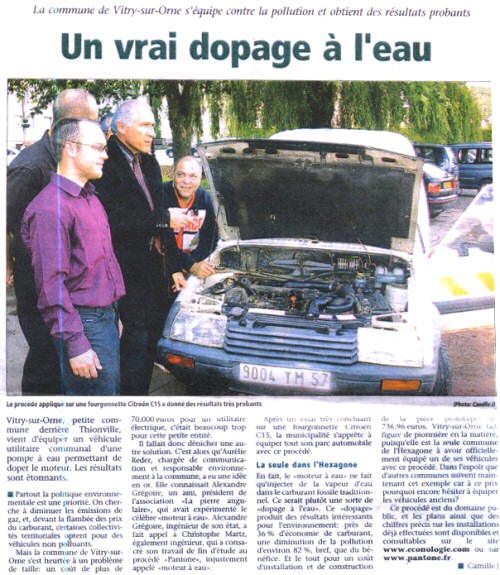 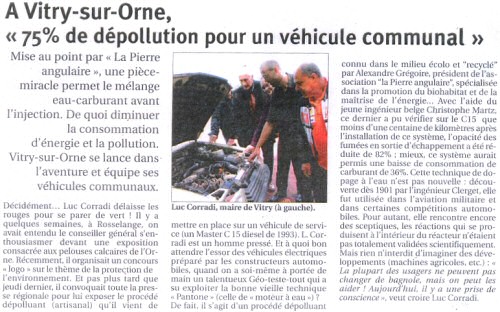 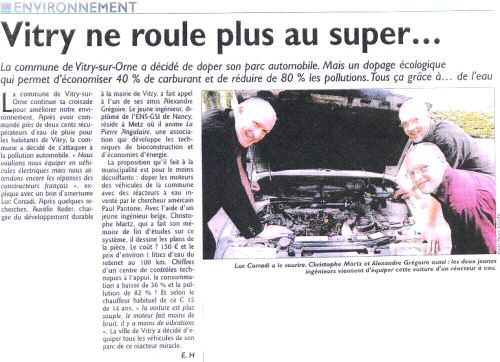