The house of Saud

"The House of Saud" by Jihan El Tahri retraces the history of Saudi Arabia through the reign of its five kings and allows us to understand the major themes which form the basis of the country's domestic and international politics: Islam, oil, relations with the United States, the Palestinian question. 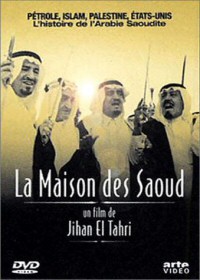 From the founder Ibn Séoud (1902-1953) to the current King Fahd, back on a century of history to understand the evolution of Saudi Arabia.

To understand Saudi Arabia, we have to go back to the beginning of this century when Abdel Aziz ibn Saoud decided to conquer the desert to recreate the kingdom of Saud - a kingdom that had existed two centuries earlier before sinking into chaos. . Very quickly, Abdel Aziz understood that, in order to exist, he had to come to an understanding with religious dignitaries. He beats the first, the Ikhwans, and makes a deal with the others, the Ulema.

The whole history of Saudi Arabia rests on this victory and this compromise. The Ulemas are still consulted today before each decision and the Ikhwans reappear at every critical moment in the life of the kingdom - the movement from which Osama bin Laden is born is directly inspired by them.

But to understand Saudi Arabia, you also have to understand its relationship with the United States, which boils down to a simple equation: oil for protection. An agreement that will allow the four largest American oil companies grouped under the name of Aramco to settle in the 30s in the heart of the kingdom ...

Six unpublished scenes, edited and commented by the director (30 ′) - Le Dessous des Cartes, geopolitical magazine by Jean-Christophe Victor: The Arabian peninsula, cradle of the Arab world and of Islam (11 ′) and Saudi Arabia , a petromonarchy (11 ′) - Five musical themes from the film (30 ′)