The consumption habits of the past fifty years have considerably transformed the face of the planet. In addition to encroaching a little more each day on the natural spaces, vital for the survival of innumerable animal and vegetable species, the modern Man draws always further and always more abundantly in the natural resources of the Earth, far from to be infinite.

Our environment gradually suffocates under the pressure imposed on him by the contemporary lifestyle. Today, it is everyone's duty to act for the protection of the planet and the preservation of wild species. Everyone can, at their humble level, act in this direction. This involves in particular simple daily gestures which, even if they seem insignificant at the start, will gain weight and importance once mixed with everyone's efforts.

Le sorting and recycling of waste, or the balanced management of water resources, are good examples. Measured power consumption is also an important part of saving the planet. In many aspects, the use of LED technology makes it possible to drastically reduce its consumption of electricity, and therefore its ecological footprint, without radically modifying its lifestyle.

One of the main ecological assets of LED lights lies in their exceptionally long service life. Far from traditional luminaires, whether incandescent, fluorescent or halogen, LED luminaires show capacities five to ten times higher on average. Certain LED bulbs can indeed function for more than fifteen years without ever failing, or losing in quality of lighting.

An average user will be satisfied with their LED luminaires for many years, without having to replace them. The need to produce light bulbs is therefore automatically reduced. Greenhouse gas emissions, inherent in industrial production, are also drastically reduced. The quantities of resources necessary for the manufacture of the bulbs, for their packaging or for their transport, have also been reduced. More than just an economic interest for the user, the long lifespan of LED luminaires is a pledge of action in favor of the preservation of the planet.

Read also:  Insulate to avoid energy loss in your home! 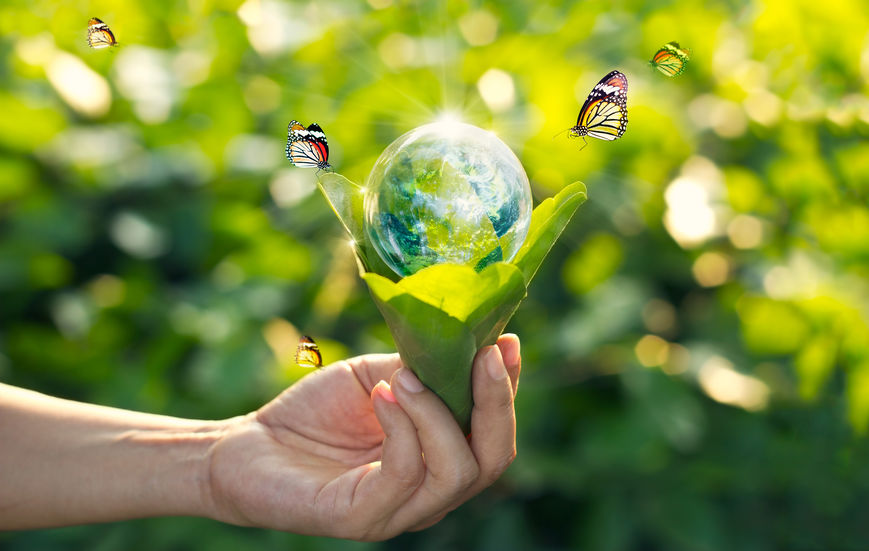 The ecological interest of LED lamps can also be seen in the efficiency of their light output. The light they produce is both better distributed in space, more powerful and more efficient. Unlike traditional bulbs which emit their rays in all directions, LED bulbs direct their light in a very specific direction. Only a few of them, cleverly arranged in a room, are necessary for theideal lighting of a place. Their use thus avoids a huge waste of energy, lost in producing a useless and ineffective light. Using two LED lights instead of six fluorescent spots significantly reduces the energy consumption of the home.

In addition to contributing to the reduction of greenhouse gas emissions harmful to the planet, LED lamps participate effectively in the mitigation of light pollution. This often forgotten aspect, however, is an essential component of the balance of an ecosystem. Too much light pollution can have lasting negative effects on local wild fauna and flora. Naturally, the rays of LED lamps are more concentrated, spread evenly, and tend to scatter less around them. The LED lights do not disturb the surrounding darkness, necessary for the proper development of the surrounding flora and fauna. Opting for LED outdoor lighting is a definite interest for individuals looking for ecological and efficient lighting.

LED lamps are remarkably reasonable in terms of energy consumption. It is currently estimated that more than 95% of the energy consumed by the lamp is transformed into light, and that only 5% dissipates in the form of heat. Compared to the old lighting methods, LED lamps therefore require much less energy to produce an equal or even greater quantity of light.

Very interesting for the invoices and the budget of the user, it is above all a primordial point in the fight for the preservation of the planet. If less energy is required to operate the lighting, this systematically leads to a reduction in the demand for electricity. Power plants produce less and therefore release less harmful gases into the atmosphere.

An absence of toxic products

No toxic element is contained or produced by the LED luminaires. It is good to know that incandescent lamps contain mercury in the form of gas, necessary for their operation. An incandescent bulb carelessly thrown or lost in nature, once broken, releases its mercury which then stains the ground of its toxicity. Even in small quantities, mercury can be a source of poisoning for living beings that ingest it, and therefore represents a potential danger for the planet. The treatment of incandescent out-of-use luminaires requires heavy investment to rid them of their chemical component. LED lamps are perfectly, and easily, recyclable.

Read also:  Why and how to install an LED strip?

Also, it is interesting to note that LED lamps do not emit heat when they are operating. They also do not produce ultraviolet rays. Some people may have particularly developed sensitivities to any of these elements, and may suffer from them on a daily basis. The sole purpose of an LED lamp is to satisfy the user by producing appropriate, efficient and constant lighting.

To repeat the point previously described, the complete absence of toxic products leads to easier recycling of LED lamps. Carbon emissions, linked to the human resources used for the treatment of luminaires, are much lower than for traditional lighting. As the recycling process is less complex, it requires fewer specific tools and machines, and therefore fewer natural resources to keep them running.

Even more interesting, the vast majority of LED lamps are now made from recycled materials. The complete life cycle of an LED luminaire is part of a sustainable logic, entirely beneficial to the environment. More than just household lighting, it is therefore true ecological lighting.