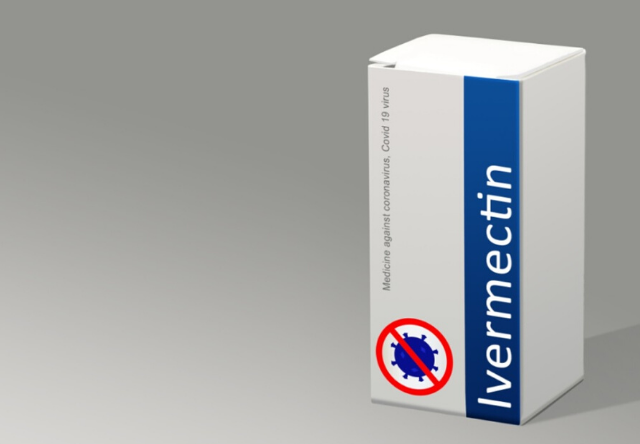 Hydroxychloroquine, the basis of the Professor's treatment Didier raoult which gives results for early cases of Covid-19, suffers the wrath of the "competent" authorities and a massive discrediting campaign on the internet, in the media and via "high" scientific studies (some of which have quickly been demonstrated as fraudulent). Hydroxychloroquine continues to unleash passions on the internet via a constant struggle between pro-Raoult and anti-Raoult. The anti being, often and "strangely", on the side of power, especially economic and financial power. The pro-Raoults being part of the "little people" ... of the plebs in a way ... A new molecule, accessible and cheap, ivermectin also seems to give good results against Sars-Cov2 according to recent studies. Will she suffer the same fate as the hydroxycholoric? Explanations.

Will Ivermectin suffer the same fate as Hydroxychloroquine, since it is an old molecule that is not likely to generate maximum profit for large pharmaceutical companies? Moreover, from the publication of the first results of its effectiveness, the FDA advised against the use of ivermectin… strange… no?

Still, ivermectin is a lead that is starting to emerge following Australian work because it would have the particularity of actually killing Sars-Cov2 and not weakening its virulence as do treatments based on Hydroxychloroquine. 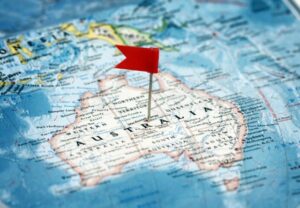 Here is a good summary of August 14 and sourced that allows to understand the history of ivermictine and its links in the treatment of Covid-19. Ivermectin Breaking into American News as Doctors Come Forward & Share Treatments for COVID-19 (English)

Ivermectin research is funded by the Bill Gates Foundation according to this source: Gates Foundation Funded French Research Group Commences Ivermectin Clinical Trial Targeting COVID-19... It should be more difficult for advocates of a "new molecule" to intervene in the case of ivermectin.

But, ironically, ivermectin costs nothing ... or very little, compared, for example, to the more than $ 3000 of treatment based on Remdesevir in the USA ...

Australian Professor Borody has promoted this therapy discovered in his country: Top Australian doctor claims $ 2 head lice drug can treat coronavirus when mixed with a common antibiotic - but other medics say there is no 'miracle cure'

This combination, along with a dose of zinc to change the body's pH levels, was shown in a joint study by Monash University and the Doherty Institute to effectively reduce COVID-19.

But another group of researchers concluded the opposite… just based on… the PRICE of the treatment… is this world really serious?

But other medical experts have warned against 'false hope' and say the $ 2 tablet treatment is not a miracle cure.

Read also:  How to effectively fight back pain?

Ivermectin is still not a miracle cure for COVID-19, despite what you may have read

This is why like Afflelou, the Hindus who already distribute hydroxychloroquine in prophylaxis by hundreds of millions of boxes said to themselves "But damn it but of course, if ivermectin works you would have to be crazy to spend more and just stop no pressure on hydroxychloroquine, so you might as well change the anti-parasitic if another has the same effect or even better ”. The important thing in a pandemic is medical efficiency at the lowest price… right? August 8 source: New Protocol Ivermectin to replace HCQ in treatment of Covid patients

Sources in the government said that the decision to replace Hydroxychloroquine (HCQ) with Ivermectin was taken after encouraging results in Agra, where it was used on an experimental basis 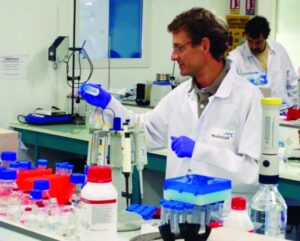 The wishes of lobbyists, journalists under pressure and professional trolls are finally granted, after the miraculous purchase contracts of redemsivir by the northern hemisphere, Raoult is forgotten in history, and the future Nobel changes hands to go in those of Monash University and Medincell according to Ivermectin: a systematic review from antiviral effects to COVID-19 complementary regimen :

The government of Uttar Pradesh has decided to replace hydroxychloroquine with ivermectin for the prevention and treatment of Covid-19.

An order specifying the dosage and use of ivermectin for both prevention and treatment was issued by Additional Chief Secretary (Health and Medicine) Amit Mohan Prasad to all chief medical officers in the state.

Government sources said the decision to replace hydroxychloroquine (HCQ) with ivermectin was made after encouraging results in Agra, where it was used on an experimental basis.

Sources said the drug has been shown to be effective not only in treating Covid-19 patients, but also in preventing large-scale infections among frontline health workers engaged in the treatment and handling of patients. Covid-19.

“There were a lot of issues with HCQ. Therefore, we have now been instructed to use ivermectin in the prescribed doses instead. We will start distributing the drug among frontline health workers as well as during contact tracing from Saturday, ”said Lucknow Chief Medical Officer Dr RP Singh.

The drug's dosage decision and protocol were finalized at a meeting of medical experts chaired by the Director General of Medicine and Health on August 4.

For Covid patients, Ivermectin with Doxycycline has been prescribed.

For healthcare workers, it has been suggested to give a dose of ivermectin on the first, seventh and 30th day, then once a month.

However, as a warning, ivermectin is not recommended for pregnant women or children under two years of age, just like doxycycline.

Ivermectin is a broad-spectrum drug with potential effects to treat a range of ailments, with its antimicrobial, antiviral and anticancer properties, according to Nature.

In its June 12 article, the scientific journal wrote that 5 μM of ivermectin caused a 5000-fold reduction in the viral RNA of the SARS-CoV-2 or COVID-19 virus and that the drug effectively kills almost all particles. virus within 48 hours.

But it's not just India ... Peru and Bolivia are also getting started ...

Read also:  Forbidden Country Doctors of the World against price gouging of some drugs 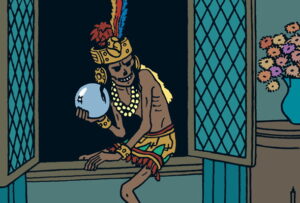 It's really Peru in Peru because there too, as in India, we distribute FREE to the POOR of ivermectin made VOLUNTARILY by students according to July 11, Peru: University students produce ivermectin for COVID-19 patients

The history ofivermectin seems to be brought to expand since other countries are also seizing it to test it. This is how the University of Zagazig in Egypt conducted a randomized study on ivermectin to study it under the same conditions as Uttar Pradesch, that is to say in prophylaxis.

The results were very conclusive with a protection rate of 92.6% in favor of ivermectin against 41.6% for the control group.

But let's leave the final touch to Patrice Gibertie who does not go with the back of the spoon as usual, we can indeed read The largest doctor in the world offers us the triple therapy that allows a 100% cure of COVID

Dr Borody is the world's foremost microbiota and gut and stomach specialist. Everything would happen in the microbiota

He confirms that remdevisir is dangerous and unnecessary, that the vaccine is useless

He was interviewed on August 12, about therapies for COVID-19. Borody made headlines in for his claim that ivermectin could be used to treat Covid-19 infection

Based on existing research and his analysis of treatment results using triple therapy drugs, he says COVID-19 could be treated in 6 to 10 days, with the virus clearing in those infected. Clinical trials of this treatment have been carried out in several countries, including Bangladesh and China. In China, the unspeakable dual therapy (although used legally at the IHU azithromycin and hydroxychloroquine) would be 96,3% effective, and the triple therapy adding Ivermectin (approved by the FDA) 100%.

Big Labo and its rugs should react negatively because the treatment would cost only $ 2 per patient ...

Nevertheless, publicly traded laboratories and the Bill Gates Foundation support this treatment… .wouldn't the world of drugs be so rotten after all?

But no more conspiratorial speculation, let's just applaud sincerely and warmly Monash, Medincell, India, Rascar Capac, Peru, Bolivia, Borody and others for this discovery. Discovery which will perhaps protect some "unfortunate" from subsidized potential profits of much more expensive treatment ... Should we pity them? Given their villainous methods, of course not!

Additions as of November 23, 2020 suggested by an English-speaking reader. Everything is in English.

La prophylaxis based on Ivermectin in video:

Links to 2 institutes and documents of validated and applied anti-Covid medical treatments by teams of doctors:

Monitoring and news onIvermectin as an anti-covid treatment

13 comments on “Ivermectin, an effective treatment against Covid-19, will it suffer the same fate as hydroxychloroquine?”