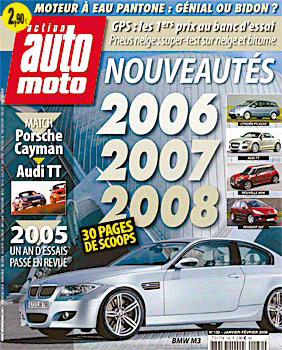 Interview with Christophe Martz about water injection in engines (part 1)

Here is the full text of an interview with C. Martz about the water doping performed by Katia Lefebvre and who contributed to the writing of the article for Action Auto Moto presented on this page

All the facts and figures presented on this page are true and real, a pity that the article in question did not cover this interview in more detail.

You can use these questions for subsequent publications or broadcasts (oral or written) provided that I obtain my written consent ( contact me ).

Start of the interview

Katia Lefebvre: How can we explain a gain in consumption without loss of power?

Christophe Martz: A certain quantity of water injected under certain conditions promotes combustion in an internal combustion engine. The phenomena involved are multiple in nature and it is certain that the manufacturers have already studied the matter very closely. Aquazole, which allows a significant drop in particles and NOx without loss of power, is the most concrete example of this research ... a pity that it is not more widespread ... (at least officially)

KL: How much water in the 100 km consumes a vehicle equipped with the Pantone process?

CM: This is very variable… it obviously depends on the quality of the assembly and the engine… but also on the conditions of use of the vehicle. We still lack experience feedback, but the values ​​are between 5 and 25% of fuel consumption.

KL: Can a Pantone equipped vehicle work "normally" when there is no more water?

CM: Yes perfectly, you just have to be careful to put an air filter before the evaporator otherwise unfiltered air would be sucked in.

KL: What is the lifespan of a Pantone equipped motor?

CM: We have no idea since we lack perspective for the moment but one thing is certain: many experimenters (on agricultural tractors in particular) have observed that their engine oil “gets dirty” less quickly (this is obvious proof. better combustion) and that their "tired" engines regained honorable performance while polluting much less than before transformation (at least on soot and black smoke). The Zx-Td modified by Olivier has already completed more than 20 km. In mechanics, when a modified system has to break, it usually breaks quite quickly.

KL: What is the weight of a Pantone system?

CM: Again, everything depends on the quality of the production. In the absence of any industrial kit on the market, we cannot give a precise answer. Basically, a mass of about ten kilograms (without water) would be expected for a system. In general, this is the argument of the detractors of the system: weighing down a vehicle to reduce its consumption and its pollution. This argument is obviously not valid when we know that the average mass of new vehicles continues to grow for, among other things, the same reasons. A catalytic converter and all the management that goes with it obviously weighs much more than a traditional pot.

KL: Can we adapt a recent vehicle, that is to say equipped with a catalytic converter and a turbo compressor?

CM: Assemblies were carried out on DCI: 10% savings in consumption were observed. At the level of the catalytic converters, on the other hand, the excess of water vapor (or unburnt when slowing down on a gasoline engine when the injected water is too cold or when the system is poorly adjusted) in the exhaust gases may to cause problems during conversion. More in-depth studies with manufacturers could confirm or refute this hypothesis.

KL: If it's no, shouldn't this type of technology be reserved for older vehicles for aftermarket purposes?

CM: The results will undoubtedly be more interesting on old vehicles than on recent vehicles which are better optimized in terms of combustion. But, as said above, fitting on vehicles equipped with common rail seems to give results. In the end, everything is a question of resources and the will to research: what would manufacturers be capable of if they were interested in the system? But maybe they already have better solutions in their boxes? As proof: the Citroën ECO2000 which, in 1983, consumed 3L of gasoline per 100 km.

KL: In the case of the car tested by TF1 on November 15, the “natural” consumption of the car is basically abnormally high (11,7 l per 100 km). Should we really look at its drop in consumption as spectacular?

CM: Indeed, this consumption is high and I said it in comment on my site during the presentation of this report ( see this page ). Nonetheless, it is the comparative measurements made that are important and confirm, once again, 20% reduction in consumption. Measurements confirmed by your colleague Auto Plus on a BMW of more than 10 years ( see this page: autoplus item ). But the real question is: if 20% can be obtained by individuals, how many could get the builders?