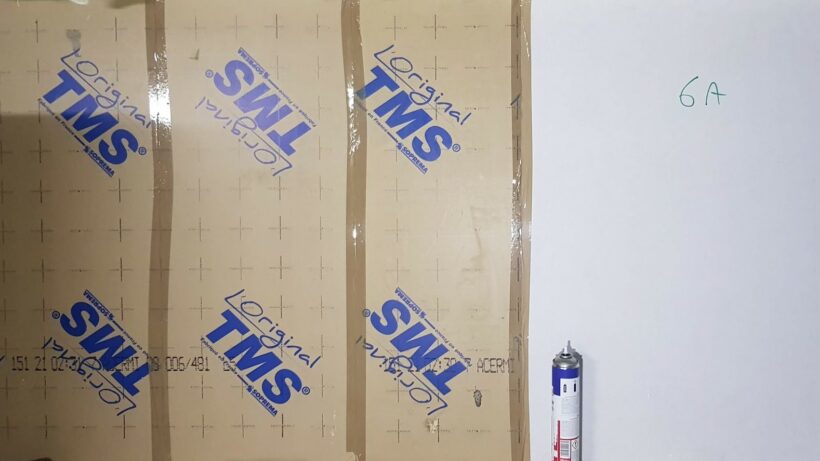 You have not realized your insulation work this summer ? There is still time to take an interest in it to keep the heat inside your house this winter (and the freshness next summer). The opportunity also to make valuable savings on your energy bills, a significant argument in this period of high generalized increases.

In any home, heat exchange take place between the inside and the outside of the house. In winter it is the heat inside that tends to be lost due to the colder outside temperatures. While in summer, the outside heat ends up penetrating into the house. In both cases, this can quickly lead to discomfort for the inhabitants and additional energy expenditure (heating, air conditioning, etc.). These energy expenditures will essentially depend on 2 parameters:

Although it is not possible to prevent these exchanges entirely because an infinite thermal resistance does not exist, it is possible to reduce significantly by installing appropriate insulation.

To do this, there are two possibilities. Insulate the house from the inside, or insulate roofs and facades directly from the outside.. Both solutions have advantages and disadvantages that will have to be assessed on a case-by-case basis.

To be effective, the insulation of your home must absolutely be as continuous as possible. Indeed, it is necessary at all costs to avoid the presence of thermal bridges, which are places in the house where the insulation is non-existent or damaged, allowing new strong heat exchanges between interior and exterior. It should be noted that poor insulation risks creating or amplifying problems of humidity or mold in your home. Thermal bridges alone are also responsible for 5 to 10% of energy loss in a home.

Very often, thermal bridges form at the junction between two elements of your home. In particular at the junction between the facades and floors/floors of the house as well as at that between the facades and the roof. They can also be caused by the poor installation of insulation materials, or their degradation (settling, etc.), they are then called integrated thermal bridges.

To check for the presence of thermal bridges in a home, several solutions exist. First of all, their presence sometimes causes visible signs, such as fogging or condensation on the windows, drafts despite the exits being closed, mold problems. It is also possible to precisely identify thermal bridges using a thermal camera as explained in the following video:

What are the main materials used in insulation?

Read also:  Equip yourself with efficient energy equipment to reduce your bills

It is also possible to add a fourth family comprising a new type of "insulator" called "reflective materials". Strictly speaking, they are not insulators, but their properties can still prove interesting in terms of insulation in certain specific cases.

The choice of one material or another must be made according to several criteria. the lambda (λ) of an insulation material, for example, represents the thermal conductivity, i.e. its insulation capacity. The lower it is, the more insulating the material will be. However, on its own, it is not enough to make its choice. The thermal resistance, also called R must also be taken into account. R defines the ability of an insulator to resist heat, it depends on the λ as well as the thickness (e) of materials used according to the following formula:

As said above, a thicker wall will insulate better. Doubling the thickness of insulation doubles its thermal resistance.

The higher R is, the better the insulation capacity of the materials used will be. But many other parameters must also be taken into account: ecology of course, but not to the detriment of safety in the event of fire, or resistance against pests (insects, rodents, mold, humidity, etc.). Successful insulation takes all these components into account in order to combine the right materials with the right uses.

Synthetic insulators are composed of polystyrene or polyurethane. Although they are not the most ecological, they still have interesting properties in insulation and are therefore not totally to be excluded from your renovation work. Especially since sometimes the situation leaves no other choice. Thus, injected polystyrene beads or polyurethane foam will sometimes be the only possible options for spaces to be insulated that are very limited in terms of height.

The great advantage of synthetic insulation is their durability. Protected from UV rays, a polystyrene panel will not degrade for centuries and will retain its insulating properties. They are also the insulators that have the best thermal performance but they are also the most expensive per m².

In mineral insulators, we find the essential glass wool, which it would however sometimes be good to be able to avoid. Indeed, it proves to be irritating for the respiratory tract, and likely to settle over time and absorb humidity, which reduces its insulating capacity. When the means allow it, it seems preferable in this category of insulation, to prefer the Rockwool whose properties are similar. Its longevity is less but it offers better protection against the heat in summer and does not pose a concern for health.

As for natural insulation, the shapes and types are varied, leaving a wide range of possibilities adapted to your work. The main defect of this category of insulation, if it is necessary to mention one, would be its resistance in the event of fire or against relatively low pests. But it is possible to apply treatments to overcome these concerns. On the other hand, their price can turn out to be quite affordable provided that you choose locally produced insulation and contact the producer rather than a specialized retailer.

Be careful though, the treatments mentioned below may then have to be done by you.

The following video details the different types of insulation that you can use as well as their characteristics:

Finally, thin insulators constitute the last family of materials used in insulation. They are multilayer, often made from a layer of mineral wool or bubble wrap trapped between two layers of reflective aluminum. Their purpose is to prevent heat loss by radiation, by reflecting the heat inside the home. However, these insulators are generally less efficient. They are generally used in addition to other types of insulation materials, or when the space occupied by the insulation is a major issue in the work. They still have the advantage, in addition to not taking up much space, of being light and easy to handle and install. However, care must be taken to ensure that their continuity is ensured because improper installation will cause problems with humidity or mould. Finally, it seems that they can cause a Faraday effect by reflecting part of the waves from electronic devices inside the home. However, this effect would actually be quite moderate.

Here you will find a technical study on thin insulators free to download.

As said above, it is the air which is contained in the insulating materials which gives their insulating capacities. It is therefore quite possible to insulate with an air gap. It is this technique that was used for decades before the war on certain constructions before the appearance of insulation on the market. It's here double cavity wall technique.

Nevertheless, this technique had its limits because for an air gap to insulate well, it is necessary on the one hand block radiation with a thin insulating type reflective material and on the other hand block convection of the blade, at least, vertically. For more information on this technique, easy and not very expensive, you can read this page: insulate with an air gap

Example of insulation: the crawl space!

The crawl space, sometimes also called ventilated space, is located under the house. This is the surface of air that separates it from the earth from the ground. This area is often too small to be considered habitable: the ceiling height of a crawl space can range from 20cm to 1m80. Being composed of air, the crawl space itself is naturally insulating. However, 7 to 10% heat loss of a dwelling are made at the level of the junction between the floor and the crawl space. It is therefore interesting to reinforce this insulation to achieve greater savings (approximately 10 to 15% reduction on the energy bill). In addition, the insulation of the crawl space can also reduce or even eliminate the feeling of cold at the level of the floor of your home, as well as avoid the bursting of the pipes due to freezing.

In any case, you will need to ensure treat moisture problems before carrying out your insulation work (you can see a dehumidifier in the photo above). It may be interesting to use a floor membrane for crawl spaces regardless of the insulation method chosen. Similarly, ventilation is very important, and it may be necessary to add air vents in the event of excessive humidity. To know more about crawl space insulation feel free to check out this topic on forum.

The first thermic regulation dates back to 1974, this explains why renovations in terms of insulation are essential in many homes built before that date! At present, the legislation has evolved a lot. Since July 2021, an ECD (energy performance diagnosis) has been put in place, classifying homes with a score ranging from A to G. It is mandatory when selling or renting a home, as well as when building a new home. . From 2023 the legislation should evolve further, prohibiting the rental of accommodation called “ thermal colanders  with a G score. The purpose of this measure is to encourage renovation work to be carried out.