The performance of an engine is directly related to the mass of air drawn by the engine provided that a sufficient quantity of fuel can be mixed or injected with this air.

By the Scuderia Ferrari 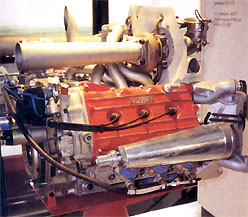 Formula One Ferrari engine on the test bench

Ideally, the air entering an engine should be as cold as possible since it is denser at low temperatures. Supercharging (by Turbo or Compressor) nevertheless goes against this principle since the air, once compressed and like most fluids, heats up.

So engineers tried to find ways to cool the air (or the intake mixture) after the turbo in turbocharged competition engines. 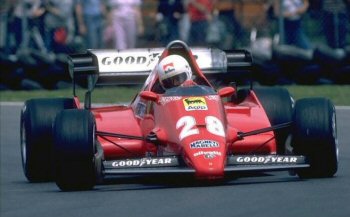 Ferrari, like Renault, used an innovation to cool the intake air: the injection of water into the intake. In cooperation with Agip, its official fuel supplier at the time, Ferrari developed a new method of injecting water into the intake air. Water was added to the gasoline in the form of an emulsion (of microscopic droplets) at the level of 10% (% necessary to obtain the best performance). 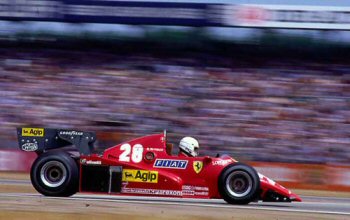 So Ferrari won the Constructors' Championship this season, just as it had already won in 1982. Water injection was finally abandoned by the use of heavier elements in gasoline. Indeed; this was (at least officially) an easier and more efficient way than injecting water into the race for power ...