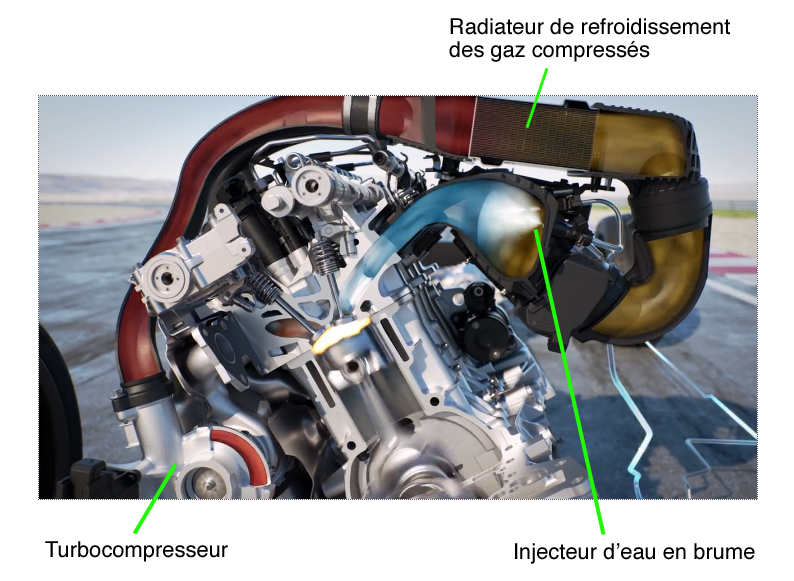 BMW has indeed developed an integrated water intake air injection system of an engine turbocharged gasoline. This system reduces the fuel consumption of the engine 8% while increasing performance and reducing emissions. Ultimately, it is conceivable that such a system can be integrated with a range extender electric vehicle, similar to the GM Volt or Vtrux Via Motors.

This innovation, hoping that it will spread throughout the entire BMW range, should nail the critics of water injection in heat engines (and there are some and not just a few!) ...

Then yes the injection of water in the engines works and yes it is beneficial and yes we know why… And no it was not yet exploited for reasons… mmmm… obscure?

Yet we already knew that the injection of water, under certain conditions, had been beneficial for over a century !! See these works of engineer Clerget (among others) Thank you # BMW and too bad for the other manufacturers… but they should get started quickly!

Learn more and technical debate on water injection by BMW

4 comments on “Water injection on a BMW M4 Safety Car and production soon?”