At a time when a barrel of oil is trading at $ 54, and when our leaders are once again considering energy savings, we are sorry that various promising experiments, carried out a long time ago, have not has not been continued, or resumed since then. 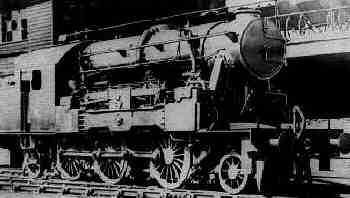 One of these promising experiments, took place in the field of railway traction, in 1924, that is to say, just 80 years ago. At that time, we were already trying to save ... coal, fuel for steam locomotives. The steam locomotives, had an efficiency of about 10% (when it was not by 7 or 8), and above all, required a very heavy maintenance. The increase in the cost of labor in the years after the First World War therefore prompted the railway companies to try to use more economical traction units. Where electric traction was not possible, we thought very early of diesel traction; The problem at the time was in the transmission; We did not know how to transmit the great powers necessary to traction trains, from diesel engines to the wheels of the locomotive. In this context, the Kitson company, from Leeds, developed a completely extraordinary machine, making it possible to satisfy the requirements mentioned above; Have a diesel traction machine with a reliable and proven transmission. To do this, this company endowed this locomotive with a completely astonishing engine: The Still engine, which enjoyed its glory days on stationary and marine engines.

In a conventional diesel engine, a maximum of 35% of the thermal energy supplied by the combustion of diesel or fuel oil is transformed into mechanical energy. In other words, almost 65% of the engine's energy, which is lost as heat, in the exhaust gases. Still's idea was to recover a large part of these calories, to heat a boiler, and produce steam, which was used in the diesel / steam engine.

The Kitson company therefore built a locomotive, equipped with 3 Still engines. The engines were double-acting; Diesel on one side and steam on the other, and could be driven only by steam. An oil burner allowed the pressure to rise when the machine was started; at 10 km / h, fuel oil was injected on the diesel side. Full power being reached after 2 revolutions, the steam supply was then cut off, until the next stop, unless it was necessary to top up the power, in a strong ramp for example.

It may seem surprising to cut off the steam supply, but this is due to the particularity of railway traction; The maximum effort is required at start-up, then, only a lower power is necessary to maintain the speed. In the Still engine, the fact of requesting the diesel part of the engines, made it possible to maintain them at temperature, and to recover the calories in the boiler which played the role of energy accumulator. Tractor with steam, would have caused a drop in the temperature of the diesel, which, aggravated by the consumption of steam, would have caused the pressure in the boiler to drop.

The Still engines had an efficiency of nearly 40% more than the thermal engines of the time, and the Kitson-Still locomotive, consumed about a fifth of an equivalent steam engine. But it would have required heavy investments to optimize it, increase its power, and allow the marketing of this very promising prototype. The Kitson company did not have the means, and despite the great success of the demonstrations, it went bankrupt, and the Kitson-Still fell into oblivion. 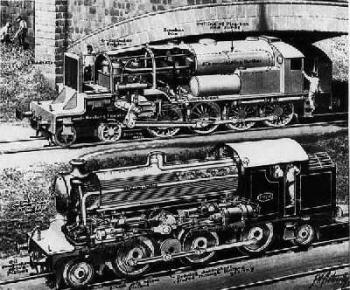