The Honda FCX Clarity is an electric motor car powered by a fuel cell running on hydrogen. It therefore only rejects water but its overall results are not that interesting (see below).

It is derived from the “Honda Accord Hybrid” series with a V Flow 1 type fuel cell.

It is a 5-seater, 5-door car, available in limited production since June 2008 in Japan and the United States.

A fuel cell transforms hydrogen into electricity with an efficiency of the order of 40% or more.

The hydrogen is stored on the FCX under high pressure in a special tank. It must therefore be supplied with hydrogen (which is not running the streets for the moment).
There is only 4.1 kg (equivalent to 15,2 L of gasoline) of hydrogen stored at 350 bar.
But due to the high conversion yields, these 4,1 kg still allow a high range of around 450 km.

But the reality is less interesting because it is necessary to take into account the energy costs of the synthesis and transport of hydrogen which does not exist in the natural state.

For gasoline and diesel also (say the purists) but their embodied energy is between 10 and 20% of their own energy. Whereas for hydrogen it is much more. The same applies to the discharges which are ultimately only "moved" from the car to the hydrogen generation unit.

Hydrogen cars are therefore nowhere near as clean as the flyers want us to believe, but
let's look in more detail at this FCX, which is still interesting technologically. 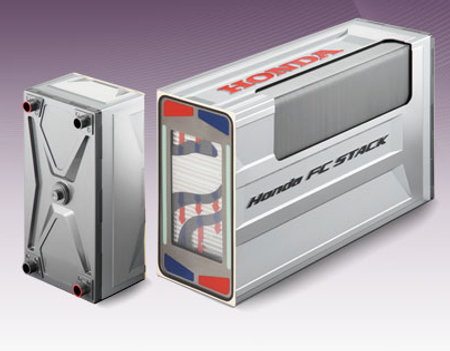 This vertical flow fuel cell developed by Honda is “revolutionary”. The vertical design allows greater efficiency and compactness, there is more space in the cabin and under the hood. So Powertrain technology can be used on the Clartity.

How the V Flow works

A fuel cell produces electricity in the vehicle. It transforms the hydrogen stored on board into electricity by oxidizing it with the oxygen in the air. Electricity thus powers the electric motor as well as a battery (possibly). The only products of the reaction are heat and water.

The fuel cell used is a membrane cell that separates the protons from the electrons. Several hundred membranes are joined in series. 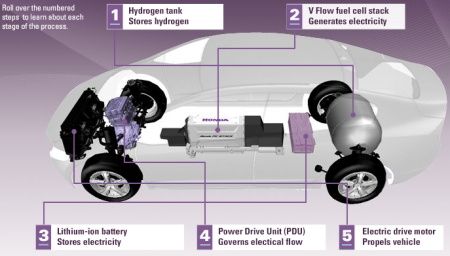 1. The H2 arrives on the anode side in the fuel cell, using a catalyst (platinum), the hydrogen is cracked into electrons and protons.
2. Electrons are channeled through an electrical circuit to produce electricity.
3. The protons pass through the polymer membrane.
4. Oxygen (from air) enters cathode side and combines with electrons and protons to form water.

Advances in fuel cells have come a long way since Honda launched its program. 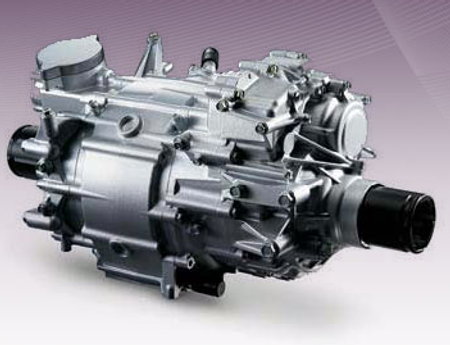 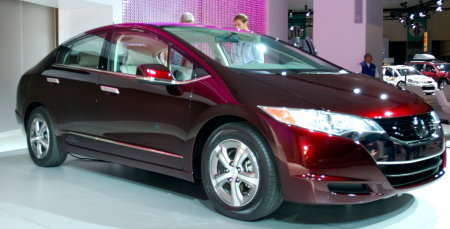 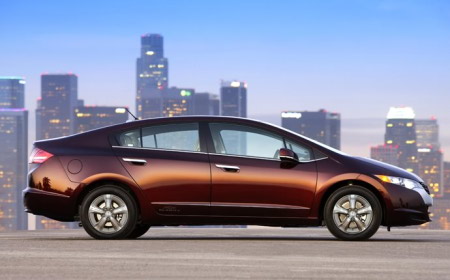 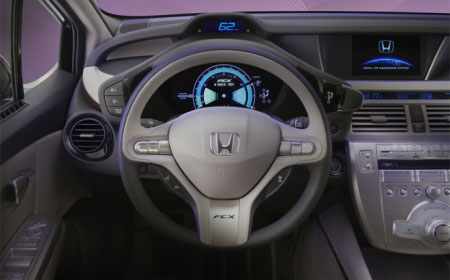