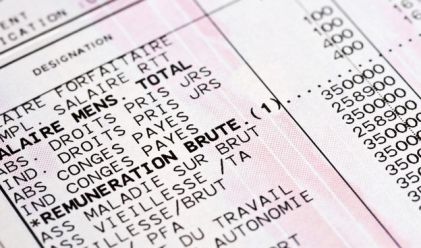 And if the SMIC became the unit of measure of social injustice!

It was oh how difficult for this minister invited on the set of LCI to say her remuneration in the face of the "vexed" of the system and its injustices "which reminded them of theirs to the rhythm of their breathing ... One example among others. But there are subjects which it is difficult to put on the “menu”, which would be intimate, unmentionable, eternally ... Even at a time when homosexuality is accepted as a social reality.

Yes, it is not easy to justify by sole responsibility or even competence such a wide range of remuneration between this and those! We should also come back to what is meant by “responsibility”… By definition, does not social integration through work involve the responsibility of each citizen concerned?

And curiously, the debate still does not linger on this nerve-racking point… Forgotten subject or better “taboo”, in business as elsewhere?

If we have analyzed, proposed, often published, about an equitable sharing of added value between labor and capital *, between dividend distribution and payroll, at the microeconomic level (that of companies) and its impact on results macroeconomics, the time is really to open the debate on the range of wages. We believe that we can start with the structures that are the companies.

So, as we suggested for the distribution of added value between payroll and dividends, we think it appropriate to open the debate on the range of salaries (distribution of the payroll between the different colleges or classes of employees) so that in each company, in the name of social equity, the ratio between the highest salary and the lowest salary to be expressed in the minimum wage is negotiated (for example ranging from 1 to 3 times the minimum wage ... ).

On the strength of having opened this debate in companies, the path will then be traced to widen it towards other types of public or private services ... Always assessed with reference to the minimum wage, therefore structurally linked to a minimum value recognized in human work, evolving with the recognition that society grants him at the relevant time.

But here we are first betting that this method of evaluating salaries and other income would have a significant psychological impact, shedding more explicit light for a debate to be opened on the subject: a project that is certainly difficult but has become essential to prevent our society does not endure in too much social injustice. "