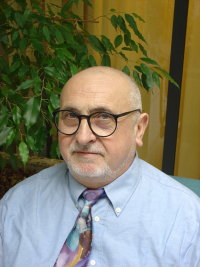 About the author, Rémi Guillet 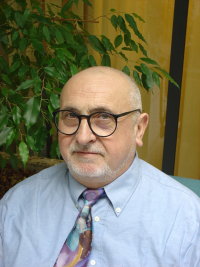 When we talk about energy worldwide is basically talking about fossil fuels, other forms of primary energy still remaining anecdotal today (less than 5%!).

With the practice of fire, fossil energy has become obvious to humans, first in solid form (coal), then liquid (petroleum) and finally in gaseous form (natural gas). Its presence almost everywhere on the planet, its apparent "abundance", its relative ease of use, will have made fossil fuels the basis of the economic growth of the XIXth century and especially of that, extraordinary, that will have known the second. half of the XNUMXth century.

And the desire to optimize the use of each of these "forms" (phases as physicists would say) will have generated innovations and other often brilliant technological advances (steam engine, heat engines, etc.), some of which will have been boosted by major conflicts. that the twentieth century experienced ...

Wood not counted (about 10% of total)
* toe means “tonne of oil equivalent” of so-called “primary” energy
NB: The total is not strictly 100% because the values ​​for fossil fuels are rounded to%.

At the end of the evaluation of these percentages in energy quantities, it should be noted that the total world energy consumption (excluding wood) was estimated at 10 giga tonnes of oil equivalent (Gtep) in the year 2000.

But the first object of this article is to underline the almost perfect correlation between growth (of GDP), energy consumption (therefore mainly fossil energy) and greenhouse gas (GHG) emissions: what shows the following figure (at least for the OECD countries)… in order to deduce some lessons for the years to come.

Finally, we can also note that for an additional point of economic growth, we consume about 0,5 point more in primary energy, while greenhouse gas emissions (CO2, water, N0x, methane, etc.) increase by 0,3 point.

Read also:  Green bank: what is it?

For readers wishing to assess the correlation, they just postpone, on two axes-for example GDP x-axis and GHG, energy consumed, in orderly, three points for each year to see two sets of almost perfectly aligned points (or even a single line if the scales for this purpose is chosen).

These correlations being observed, it is therefore sufficient to look at the evolution of only one of these data to know that of all. So, we chose to focus on the dark side of the extraordinary economic development that we have just experienced by monitoring over a longer period the evolution of the GHG content of the atmosphere or more exactly and for convenience. metrological that of atmospheric CO2, the usual indicator of GHGs (it is estimated that CO2 alone is responsible for 55% to 60% of the greenhouse effect due to human activity) ...

So the figure below clearly shows the transition from linear growth to exponential growth at the end of the 50s!

An anecdote to say that the 80s should give us the opportunity to hold conferences on the techniques of using the most efficient hydrocarbons but also on the “future of the oil sector” in front of a public anxious about the resource after the first two “shocks” "… Making remarks deemed" incongruous "by most listeners when we stressed that the oil resource crisis would be preceded by the environmental crisis caused by the intensive use of fossil fuels (it was sufficient to compare the dynamics of evolution of CO2 emissions with what they were when the atmospheric content could be considered stabilized… to get an idea of ​​what was going to happen!)… But the audience's attention was mostly elsewhere!

- Learn more and discuss the forums: Energy and GDP Synthesis
- Read the Part 2: energy sources in the world