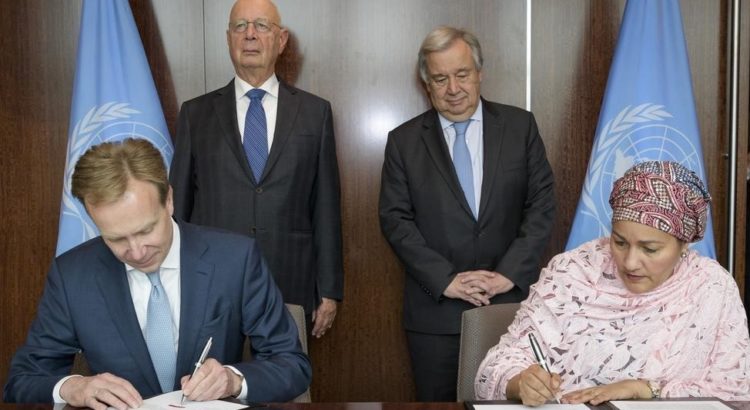 No, it is no longer just about globalization, much more than a “simple” perspective of “New world order”, maneuvers of all kinds, transgressions, violations of international treaties, confiscation of democracy, digressions on the economic foundations and cheating on debts and balance sheets, up to the instrumentalization of the scientific world leading to fraud: all these points speak to us, they throw it right in our face, we see before our eyes a startling acceleration of what at the start at the beginning of 2020 was just a simple backdrop for a bad film script, but suddenly an acceleration that tends towards the politics of the real and the fait accompli.

That's what it's all about, speeding into the abyss (We had already understood it with):
— growing poverty, an admission of the impotence of the UN and of capitalism which has failed to shape a prosperous world;
— access to education which has failed to form brains to implement the appropriate societal changes;
— then the shift in the world's economic center of gravity towards Asia, which is also a political shift;
— the amplifying effects on prices of the scarcity of energy resources (gas, coal, oil);
— environmental concerns, climate, biodiversity, access to water,
— the “disclaimer” of the outbreak of the covid crisis from a virus tweaked in the lab to infect humans;
— in the wake of the attempt to implement freedom-killing measures in parallel with compulsory vaccination (threat not lifted);
— social media/network censorship, already active before 2019 but had reached version 2.0, and now 3.0 is coming!
— the US provocation, against Russia by NATO to push it to a pseudo-war (predictable) in defiance of the human losses not assumed, but whose stakes go beyond the local conflict by the dramaturgy of the media to make it a “reality planetary"!
— the massive use of consulting firms throughout Europe, which gives the poignant impression even more that states are being manipulated/directed by private consulting firms in the pay of big economic and financial interests, as revealed by these very unpopular maneuvers, which despite failure after failure on the measures taken, see all the same the files advancing with forceps, relentlessly and against all odds, even though certain constraints were in the process of being forgotten due to massive opposition from people who took to the streets by the millions... Well no, what didn't work in France is coming back to the fore through European legislation: veritable snubs to the popular will!
— and without forgetting those days, the “white collar” coup in France, then a failed “technical” coup in Brussels (speeches by Von der Leyen then Macron)
— Bill Gates who even reveals the sequel by announcing new variants (much more deadly and contagious (...) SIC
— the “Great Reset” of the WEF billionaires club...
Everything overlaps.

Non-exhaustive list, but it is now clear (without wishing to be categorical) that all this is part of a narrative and factual logic that it is no longer possible to hide since it oozes everywhere,

WEF agenda disguised by the UN? 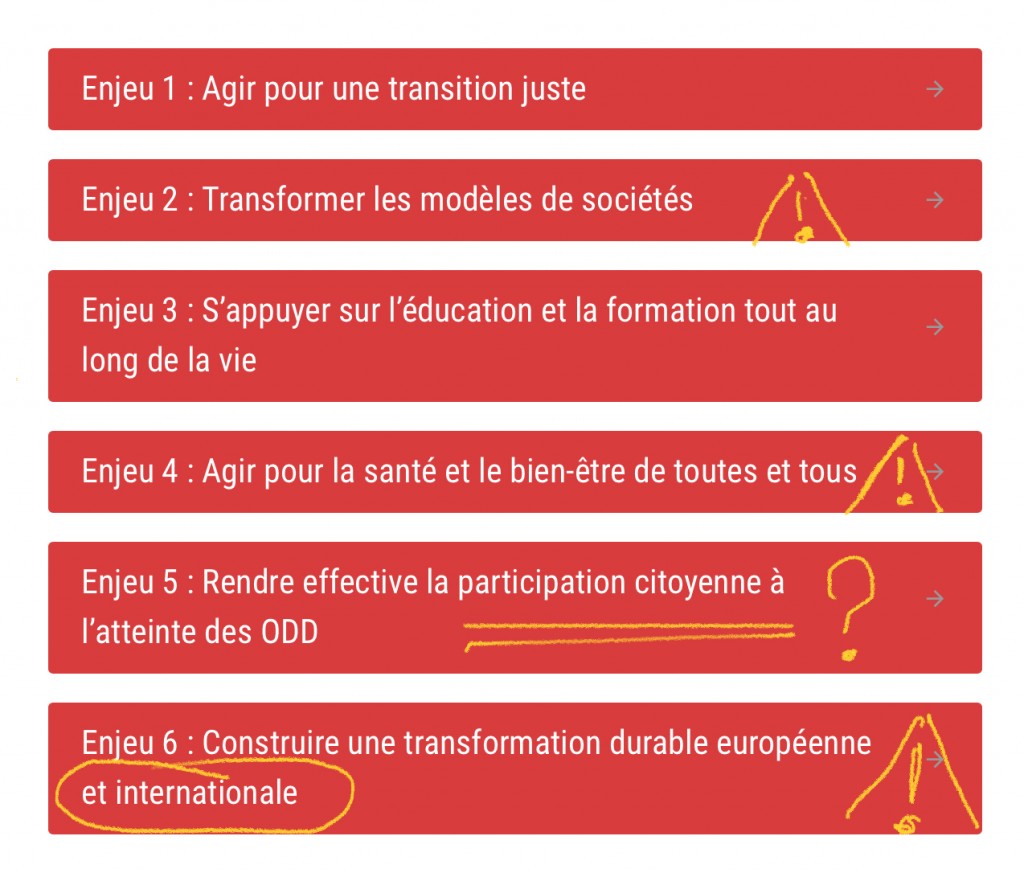 Boating subjects who advance masked, to further confiscate democracy, while claiming to do the opposite, and moving towards supranational governance!

But the grain of sand of the conflict in Ukraine which seizes this beautiful machine, because behind all that, the UN masks a reality which, in the alternative, is part of a de facto perspective of provocation of the 3rd World War — and a good observation would be (with the UN in ambush) that basically this war would have been precipitated, and would above all be preemptive https://en.wikipedia.org/wiki/Preemptive_war — but not against a fixed enemy but on a much larger scale perspective — in an attempt to shake up the global geopolitical deal, in an attempt to prevent the emergence of a multipolar world (competitor with the UN since the organization becomes ideological, by associating itself with the WEF elsewhere), and for the USA to try to regain its leadership (by the worst possible means and by trying to weaken the EU and Russia simultaneously) but it seems that the execution is clumsy and too late. Hence an acceleration pulse... In other words:

The current global crisis and multifaceted in all its aspects, would have been fabricated from scratch to try to defuse the much more serious effects of a crisis that comes to us / came against us and which was inevitable (since it is already there in certain aspects. )

Why this acceleration? Well because with the failure of the sanctions, the West is waking up to realize that the stakes are much more crucial for the globalists than for the continents which have learned to live "a little in autarky", while doing the round back and having simultaneously developed a high degree of compatibility with the “Western world” (Africa, India, China, Russia and sometimes Latin countries).

Come to think of it, the West is playing VERY big in ALL areas:
— agricultural;
— politics (spheres of influence);
— speculative economy/stock exchanges/speculation;
— end of the dollar as a “reserve currency” the USA will have to assume its abyssal debt more and more alone while its debt increases;
— sanitary + digital ID (their constraint lever on populations);
— depletion of mining / energy resources, hegemonic;
— industrial, and especially high-tech fields such as aviation, space, nuclear fusion;

These sectors are particularly sensitive, even though the "market economy" paradigm was there to strive to produce everything at low cost, to benefit the greatest number of people, and to compete with the communist countries of the time on their own land of mass production, this advantage has become the Achilles heel of the capitalist world, in an economy and at a time where everything is calculated to the millimeter... Our world has become a house of cards at the mercy of the smallest tremors and instabilities... And the BRICS countries know it too...

So here is the why of this, which finally serves to reveal the whole

(info that I take up and which deserves a development in its own right, because it is necessary to get out of all these labels “d'estemedroate” and of “conspiracy” that some want to stick to confiscate the debates and push us to self-censorship: we are fed up, the convergence of facts is marked, it is no longer a theory.)

Okay let's admit that this is true but...why go to so much trouble? In other words: for what PURPOSE?
0 x
Do a in-depth image search or a keyword search - For good exchanges between members - Publish an article on Econology and Google News
Top

So there friends you have to ask Zbigniew Brzeziński (oooops he's dead, ah we can read his theories) or ask Henry Kissinger... Or the boss of the WEF, well, Klaus Schwab himself, why not... . he will admit it to you eye to eye

I only give modest tracks TO COMPLETE JUST TO ANSWER YOUR QUESTION.

But okay, why? Already because everything has been linked together in a whole that could not be more coherent, and now that no longer being able to do otherwise, the WEF is appearing with the UN. The backstage becoming the frontstage, it's so much more convenient that way!

The best answer as it stands is that everything, and absolutely everything, overlaps perfectly: to the point that it would make any prosecutor happy! A c'est con, why no one is interested in it!?

One of the goals is given elsewhere, it is to block the BRICS and the multipolar world by drowning Russia in infamy!
Another is to move towards a global governance that would be confiscated at the expense of the BRICS precisely... (but that does not take, except in the Western media...)

And that's why these two opposing poles of interest clash and it broke! Suddenly, to solve the Ukrainian crisis, we have to debunk the case... I am told in my earpiece that we are counting on the “Comedy Club” and fact-checking

Ah well, about Zbigniew Brzeziński, the boss of the WEF / Klaus Schwab and Agenda 21

— Agenda 21 / Sustainable development are terms coined by David Rockefeller in the 90s. The main argument of the Rockefeller's Agenda 21:
— “Providing for the needs of the present without compromising the needs of future generations. »

Behind the ecological facade, it is actually a roadmap to control all planetary resources via transnational monopolies

From the same jurist as above:

About the United Nations debunked 2030 agenda


These projects are basically always the same, the intention is to transcend national laws with international agreements in order to harmonize all laws. Projects or guidelines exist worldwide and their purpose is to globalize.

This is exactly what we see with Macron and the EU, France...

Agenda 2030: and here is the big bla-bla-bla to take with a grain of salt! Arguments hiding other goals 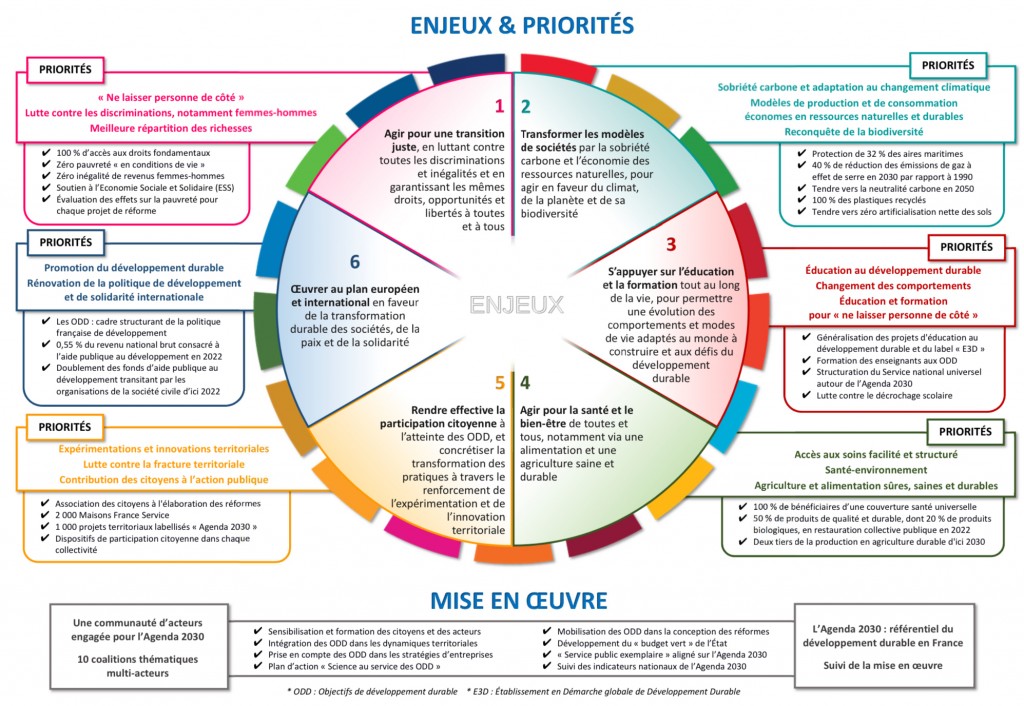 Houlala the Obamot is hot!!
0 x
Do a in-depth image search or a keyword search - For good exchanges between members - Publish an article on Econology and Google News
Top

we can't do anything about all that.

people do not vote sovereignists.

60% for Macron, the "socio democrats", who are neither social nor democrats, win in all the major Western countries.
1 x

The social-democracy with security drift way Macron, pedo-mafia tendency (I say that as a victim of his teacher...)

Honestly empires will falter, TOUS since no one wants to give in and the blitzkrieg is over.

But with the economic solidity of the currencies that can, realigned with gold, there are some who sell the bearskin a little too quickly!

It would be well to make the economic synthesis of what will happen to us on it... We would see more clearly (see Jancovici...)

This thread remains the theme of a central concern, that of the manipulation of civilian populations and what it is possible to do with them (example of Ukraine where the people have been taken hostage) and even in the EU with the health pass...

On the contrary, the peoples are not enlightened enough to rush on their emancipation...

Users browsing this forum : No registered users and 12 guests