This discovery goes back a few years at most, the latter contains several hundreds of millions of neurons, and plays a preponderant role in the mechanisms linked to stress (according to you why it hurts when you are stressed or frightened?).

The ancients knew this intuitively before the discoveries of science, hence the expression "Have a heart in your stomach " or even "to have some in the belly", and not in c ..... es as vulgarly say some.
0 x
"Engineering is sometimes about knowing when to stop" Charles De Gaulle.
Top

Well the development of the fetus is not really my field, then I tried, I can not remember mine ...


... arf, we were so "good" (fed to the eye, housed without rent or taxes) that it is better to have "forgotten"

To return to our sheep, wouldn't most of it be "social conditioning"?
0 x
Top 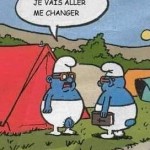 And when it goes up, if you don't have your stomach in your heels, you have plenty… your back,

Yes for stress, but there is a nervous concentration in the belly yes.

After all, this is where we were fed and oxygenated for 9 months! It is perhaps a "neurological memory" of this period quite simply ...

But from there to speak of brain ... Bof I'm not convinced!

About the navel, how is it at birth? I mean, the cord connections in the baby's belly, what do they become?

Obamot wrote:
To return to our sheep, wouldn't most of it be "social conditioning"?

It is clear that the frame of reference plays a vital role in this area.
To get an idea, just look at the toys offered to children (boy: war, monster, mechanical; for girls: dinette, doll, and ... prince charming).

But from there to speak of brain ... Bof I'm not convinced!

And yet, a large number of animals have far less neuron than our NES to live.
Many dinosaurs have been shown to have a second brain, located in the spinal cord.
0 x
"Engineering is sometimes about knowing when to stop" Charles De Gaulle.
Top

Erogenous zones in women and men according to a "paper" experience: 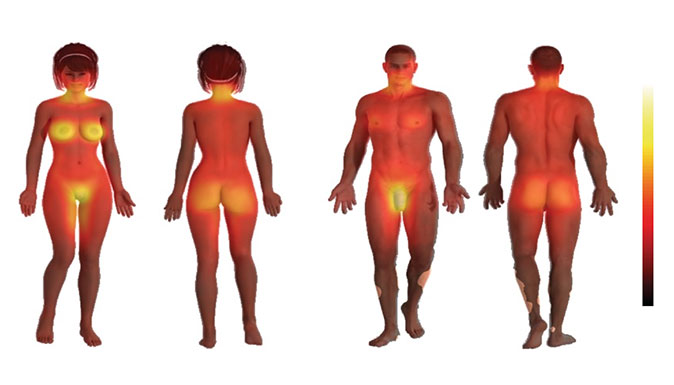 There are still studies that are more useful than others

study absolutely necessary, because no one would have imagined these erogenous zones in these precise places, one even wonders how humanity has reproduced until now !! : p
0 x

Here I come to rectify an error from five years ago:

... my sweet is not ready to admit that originally "I would have been a girl"

It was you [Christophe] who spoke of "the brain" and "psychology" ... Apparently the quantity of hormones / progesterone, etc. does not seem sufficient to fix the "sexual orientation" of all subjects!

So I stay with the fact that said brain - whatever it is - is necessarily the same or so similar until "the expression of sexuality" ... and even after birth when the we head his mother!

There yes agree for the similarity of the brain: at this stage of development we were, apparently, no more girls than they were men! But we were in genetic "potential"!

The brain, hormones or stem cells had just not yet done their work of sexual distinction ... externally (I do not know if sketches of ovaries, for example, are not already there before?

Well then not really, since trans-genres are proof to the contrary !! If everything was determined as well during fertilization, and then on a physical level, the spell would be cast. Which is not yet the case, even after birth. I am absolutely convinced that the fact that it is a girl or a boy does not change anything during feeding. Then there is the social conditioning we talked about with Sen-no-Sen above, but above all, there is the projection that the mother (and / or the father) makes / make in their child (in a more or less conscious way : did he / she want a boy rather than a girl (?) or vice versa ...?)
I met a few transgender people, all of them had a very submissive relationship with their mother (in any case, a very special pathos).

At birth now, sex is assigned by examining the genitals, but this assignment is temporary.
There is no absolute certainty, neither in the assignment nor even less in the genre.

So there for the "borderline" individuals (first) to say if a brain would offer significant differences between "men" VS "women". The first question that comes first is: "at what age?"Then would come a whole cohort of others and in the end I believe that this would only widen the gray area between the two biological" truths "...

The truth being somewhere between all this, it takes everything to make a world and arbitrarily assign which of the brains of one or the other would be this or that, would not be ethically acceptable.

For more information, consult a sexologist! (