Sign up to participate, remove ads and get all the features of forums. It's free, you will learn a lot and you will make serious savings!

Health and prevention. Pollution, causes and effects of environmental hazards ⇒ Monsanto has known about the link between glyphosate and cancer for 35 years 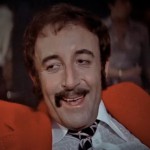 An American researcher claims that Monsanto was aware of the carcinogenic nature of its flagship herbicide, Roundup, since 1981 and that it hid the danger. Monsanto says "there is no evidence that glyphosate causes cancer"


An American researcher claims that Monsanto was aware of the carcinogenic nature of its flagship herbicide, Roundup, since 1981 and that it hid the danger. Monsanto says "there is no evidence that glyphosate causes cancer"

New revelations could tarnish the image of the giant Monsanto, already struggling with many scandals.

Last March, the WHO established that glyphosate, the main component of the weedkiller RoundUp, was possibly carcinogenic. The move was quickly challenged by Monsanto, which said the evidence was "insufficient".

A few months later, in June, the Minister of Ecology Ségolène Royal announced her intention to ban the sale of self-service glyphosate. Here again, Monsanto was indignant, complaining that there was "no legitimate reason to justify this decision".

However, the company could have known for many years of the risk of cancer linked to its weedkiller.

Anthony Samsel, an American researcher from the prestigious Massachussets Institute of Technology in Cambridge, claims to have found proof that the Monsanto company has known since 1981 the carcinogenic risks of glyphosate and has hidden its existence.
What is the evidence?

The researcher would have obtained all the scientific work carried out by Monsanto between 1970 and 1983 to have RoundUp approved by the health authorities. All research has been commissioned by the company from independent laboratories.

Among the thousands of pages, a study finds that prolonged exposure of rats to glyphosate causes cancers (adenomas and carcinomas) of the pituitary gland (a gland of the brain) of the breasts of females and of the testes of males.

According to Anthony Samsel, Monsanto would never have published these results but would have replaced them by others, earlier and without direct link. Moreover, this research has never been published in any scientific journal whatsoever, nor transmitted to the EPA (the American environmental protection agency).

Finally, all of the work would have been classified "manufacturing secret", which guaranteed confidentiality.
Glyphosate repeatedly implicated

Anthony Samsel is not in his first research on glyphosate. In March, with his colleague Stephanie Seneff, he had already published in the scientific journal Entropy an article detailing the results of their research on the side effects of glyphosate.

The two researchers say the chemical may be the cause of the increase in autism, infertility, obesity, diabetes, heart disease and Alzheimer's disease worldwide. Its absorption by the body would indeed cause a disruption of many molecules and hormones, preventing the body from functioning normally.

In addition, a study published in March 2015 in the journal of the United States society of microbiology affirms that glyphosate would cause resistance to antibiotics. Its absorption could reduce the effectiveness of the treatments prescribed to patients suffering from sometimes serious illnesses.

In November 2013, a study published in the interdisciplinary toxicology journal established the link between glyphosate and gluten intolerance, from which more than 500 people suffer in France today.

Despite these multiple studies, Monsanto is sticking to its positions: "All of the designated uses of glyphosate are safe for human health and this is confirmed by one of the most important databases ever compiled in the world on human health for an agricultural product. “, Says the company on its website.
https://www.sudouest.fr/2015/07/16/le-r ... 80-706.php
https://cogiito.com/a-la-une/documents- ... ja-35-ans/
1 x
"It's better to mobilize your intelligence on bullshit than to mobilize your bullshit on smart things." (J.Rouxel)
"By definition the cause is the product of the effect"
(Tryphon)
Haut

In addition to this cheerfulness, glyphosate is one of those responsible for the collapse of the immune system of bees and bumblebees.

"Reputedly harmless to animals, it could however be the cause of a depletion of the intestinal microbiota of bees, making them more vulnerable to infection and bacterial attack.
The question of the transferability of this result to men legitimately arises. "

https://www.futura-sciences.com/planete ... les-72983/
0 x
"It's better to mobilize your intelligence on bullshit than to mobilize your bullshit on smart things." (J.Rouxel)
"By definition the cause is the product of the effect"
(Tryphon)
Haut

Even at "safe doses" glyphosate is toxic

The results show that many biological parameters have been modified by the absorption of glyphosate, most of which are linked to sexual development, genotoxicity and damage to the intestinal microbiome.

"Our experiments in rats show that individuals whose mothers have been exposed to concentrations of glyphosate considered safe suffer from dysregulation of the intestinal microbiome, which has potentially dangerous consequences. In addition, exposure to the substance can alter the sexual development and promote the appearance of tumors "explained Daniele Mandriolo, research coordinator at the Ramazzini Institute in Bologna, in front of MEPs on May 16, 2018.

The parent rats were exposed to glyphosate diluted in water for three months, while the young rats were not brought into direct contact with the substance. However, the researchers observed the non-negligible and potentially dangerous effects of glyphosate on the intestinal biome of these individuals.

http://www.bioaddict.fr/article/pestici ... 013p1.html
0 x
"It's better to mobilize your intelligence on bullshit than to mobilize your bullshit on smart things." (J.Rouxel)
"By definition the cause is the product of the effect"
(Tryphon)
Haut

GuyGadebois wrote:Last March, the WHO established that glyphosate, the main component of the weedkiller RoundUp, was possibly carcinogenic.

From what year, because it was IARC with its results controversial by the vast majority of world scientific agencies and marred by conflicts of interest and irregularities. https://actualite.housseniawriting.com/ ... ier-papers

As for your American Seneff And Samsel Demystified By The Seralini Crew: https://www.acsh.org/news/2017/11/09/no ... crew-12126
The crooked "scientific" nicknames aren't even fucked up

Two authors in particular (Samsel and Seneff) have published a series of comments suggesting that long-term exposure to glyphosate is responsible for many chronic diseases (including cancers, diabetes, neuropathies, obesity, asthma, infections, osteoporosis, infertility and birth defects). The purpose of this review is to examine the evidence base and the mechanisms behind it. We have found that these authors inappropriately use a deductive reasoning approach based on syllogism. We found that their conclusions are not supported by the available scientific evidence. Thus, the mechanisms and the wide range of conditions proposed to result from the toxicity of glyphosate presented by Samsel and Seneff in their comments are at best theories, unjustified or simply incorrect speculations. https://www.ncbi.nlm.nih.gov/pmc/articles/PMC5705608/

You don't know how to detect intellectual dishonesty

And nothing about Monsanto's cover-ups?
0 x
"It's better to mobilize your intelligence on bullshit than to mobilize your bullshit on smart things." (J.Rouxel)
"By definition the cause is the product of the effect"
(Tryphon)
Haut

Counter briefs don't interest me.
0 x
"The details make perfection and perfection is not a detail" Leonardo da Vinci
Haut

You prefer Monsanto's leaflets.
0 x
"It's better to mobilize your intelligence on bullshit than to mobilize your bullshit on smart things." (J.Rouxel)
"By definition the cause is the product of the effect"
(Tryphon)
Haut

if glyphosate is judged "possibly" carcinogenic, it is good that the evidence is insufficient, because if it were sufficient, it would be judged "certainly" carcinogenic. Certain evidence that it is possible is an absurd notion.
0 x
Haut

most governments are influenced by lobbies, of all origins, both for and against, and it is the most influential or the wealthy who wins. So these governments which are, above all and above all, politicians attentive to their voters and their re-elections are not reliable since each government is bent on breaking down what has been established by the precedent of the opposition.
But the ministries of health, they continue to be governed by the same lobbies, of pharmaceutical origin whether in human, animal or plant health, lobbies which have an army of biologists, chemists, professional media who are all under orders .... from principals. And where do they come from? Of these same lobbies, this is why we go around in circles in this way and the few voices that rise are denied by these holders of power until the appearance of scandals particularly hidden, s but updated by minorities like in France the Canard Enchainé and some others.
So the Iz and others, are surreptitiously introduced to ENDOCTRINIAN disruptors like this site and others, in order to distill their psychological poisons and their systematic lies and denigrate everything that comes from an unconventional origin.
0 x
"We make science with facts, like making a house with stones: but an accumulation of facts is no more a science than a pile of stones is a house" Henri Poincaré
Haut

"Probably" by the greatest of chance, all (or almost) the victims who won their lawsuit against Monsanto suffered from the same cancer: a non-Hodgkin's lymphoma.
No cancer of the right arm for one or the thumb of the left foot for the other, no, of the same cancer.


Glyphosate is the most widely used broad-spectrum herbicide in the world that is present in Monsanto's Roundup. Exposure to this molecule increases the risk of non-Hodgkin's lymphoma by 40%, according to a new American study.

This new research was carried out by researchers from three American institutions: the universities of Washington and California (Berkeley), as well as the Icahn School of Medicine in New York.
The researchers carried out a meta-analysis, i.e. a compilation of studies, which took into account recent results on people most exposed to glyphosate. They were interested in the studies published between 2001 and 2018, on humans but also on animals. The analysis notably included the results of the AHS (Agricultural Health Study) cohort updated in 2018. This cohort includes more than 50.000 American farmers.

A link between glyphosate and non-Hodgkin's lymphoma

This study published in Mutation Research showed that the link between glyphosate and non-Hodgkin's lymphoma was stronger than what had been previously announced. Looking at the data from those most exposed to glyphosate, the authors found that exposure to glyphosate increased the risk of non-Hodgkin lymphoma by 41%.

For Rachel Schaffer, one of the authors of the article, "these results are in line with a previous assessment by the International Agency for Research on Cancer, which classified glyphosate as" probable human carcinogen "in 2015." For Lianne Sheppard, professor at the University of Washington, “our analysis aimed to provide the best possible answer to the question of whether glyphosate is carcinogenic or not. And his answer is clear: "Following this research, I am even more convinced than it is." "

https://www.futura-sciences.com/sante/a ... ers-69297/
0 x
"It's better to mobilize your intelligence on bullshit than to mobilize your bullshit on smart things." (J.Rouxel)
"By definition the cause is the product of the effect"
(Tryphon)
Haut
New topic Reply
44 messages

Back to "Health and Prevention. Pollution, causes and effects of environmental risks "

Users browsing this forum : No registered users and 5 guests