Since the takeover of Twitter by Elon Musk, more and more users want to leave the platform and are looking for other platforms similar to Twitter. Mastodon is the quintessential Twitter alternative on paper but still stands out by being decentralized (different servers), open source (contributions from the community), without advertisements and without invitations to discover profiles. The limit on the amount of text for a post is also wider: up to 500 characters (against 280 characters on Twitter).

In a tweet, Mastodon puts forward its philosophy in a clear and straightforward way, showing a strong desire to stand out from Twitter: “We present a vision of social media that cannot be bought and owned by any billionaire. Your ability to communicate online shouldn't depend on just one commercial company! »

I don't like Elon Musk's policy at all, offers us an attractive alternative... I'm waiting to know a little more. At the same time, maybe that was the reason for his panic, as he sought to disengage from the takeover?

The network is very recent:

"Funny thing is, one of the reasons I started getting into decentralized social networks in 2016, and eventually led me to create Mastodon, was the rumor that Twitter, the platform I used daily for years, could be sold to another controversial billionaire,” wroteEugen Rochko, the German computer scientist who launched Mastodon, in a press release published last April. At the time, Elon Musk was already interested in Twitter, and this perspective had already put Mastodon in the spotlight… which presents itself as “the social network that is not for sale”.

To access it, you must start by choosing a server, see this tutorial https://www.01net.com/astuces/deja-marr ... itter.html

I stopped there, because in French, there aren't many (5), won't the quickly accessible ones offer paid subscriptions, insert advertisements, if only to ensure effective moderation?

It seems possible to migrate from one server to another while keeping your subscriptions and subscribers, but might as well choose the right server from the start?
Last edited by izentrop the 06 / 11 / 22, 02: 11, 1 edited once.
0 x
Top

Are the rats leaving the ship?
0 x
Do a image search or an text search - Netiquette of forum - Support the forum doing Useful shopping
Top

Why this aggressiveness, I'm just asking questions?
But indeed econology is seriously starting to "feed" me

"You have me missed Keke, Keke” 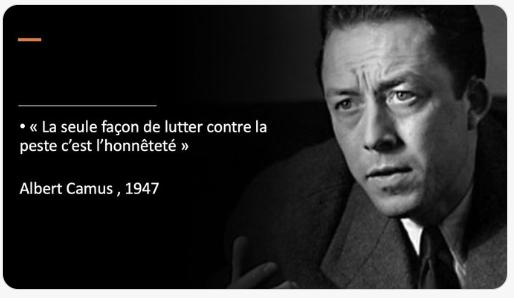 maybe you could follow the advice of A Camus, because we are, here, some to be GAVE of the bombardment
permanent of your stupid tweetos (hoping that the work of the spikes is not irreversible)
1 x
Top

he had the moral obligation to satisfy his virtual employers, zeteticians and others ... by systematically distilling his turds on all subjects
2 x
Top

reinoso wrote:we are, here, some to be GAVE of the permanent bombardment of your tweetos

If I let you frolic between conspis, you'll end up bored... but that's not the point...

Older than I thought some answers : The importance of choosing the right Mastodon instance

In terms of time, it seems wise to favor a team of administrators rather than an isolated person, as life events can cause everyone's interests to evolve very quickly.

In terms of financial means, we naturally see the flowering of requests for donations via Patreon by administrators of instances with a large number of users and we can understand why: hosting or having a server hosted has a cost.

The ideological line of your instance
As much as one could suspect the previous technical points since the recent explosion in the use of the Mastodon social network, the point mentioned here seems to have caught everyone a bit off guard. Indeed, the authorities are gradually asserting their “culture”, their protest actions and their propagation of ideas on this social network.

Why this aggressiveness, I'm just asking questions?
But indeed econology is seriously starting to "feed" me

Did you feel targeted? It didn't concern you since I was talking about the real fachos of the benevolence of twitter...those who prefer the censorship of others to the democratic debate !

They have a right to aggression!!

ps: I looked at mastodon, it will never replace twitter because there is the principle of partitioning the servers... it's more a giant discord than a twitter...
0 x
Do a image search or an text search - Netiquette of forum - Support the forum doing Useful shopping
Top

in fact I am there "historically" because I opened accounts there to find my friends.

it's always painful to migrate elsewhere and not find many people.

I tweet very little. I prefer them forums old-fashioned as econology.

Mastodon I don't know, but if it grows, it will be as bad as twitter today.

Mumusk, about whom I don't always speak well, had the merit of kicking the anthill of benevolent tweets.

But it costs him a few billion. And he could in turn use twitter to promote himself. If next, it leaves freedom of expression, my faith, it remains correct.
0 x

Back to "Electricity, electronics and computers: Hi-tech, Internet, DIY, lighting, materials, and new"