Important preliminary note: this article is guaranteed to be written in layman's terms (although with precise technical terms, we don't redo!

). It is thus accessible to all, including those with misunderstandings or simply (let's be nice!) Not wishing to tangle the guts of the head.

The amount of paper that overwhelms us has not been stopped by the computerization and digitization of documents: this has only changed the distribution of uses, but despite decreases in certain sectors, the overall results are reflected in a increase in paper / cardboard consumed, if only in the increased use of internet commerce and the additional packaging that this implies.
The idea is obviously to reuse this waste by "upgrading" it (

) directly, knowing that paper is not as easy to recycle as we would like to say; in any case, this recycling has limits quite quickly reached.

There are a multitude of types of press that are easily found on Youtube, but I had previously established specific specifications. I wanted a log in the shape of a brick, large enough and provided with holes (to facilitate drying and combustion); In addition, I wanted great simplicity of operation combined with a decent production rate, which excluded hydraulic or mechanical jacks.
Initially, I had considered a rack system because it allowed to combine a strong lever arm and a good amplitude of displacement (by successive actions). An actuator by pedal and not manual lever: the muscles of the legs being more powerful than those of the arms and all the more so as they are helped by gravity (via the transfer of the weight of the body), which is not very common (i did not find any). Finally, I chose to be inspired by the operation of a "cartridge extruder gun", by adapting it to this particular use: reinforcement of the mechanism and simplification because it is not foreseen, in my application. , to operate in all positions, but strictly vertically.

Here is a summary of the bulk of the process. I haven't taken any pictures since the start of this project, because on the one hand the realization of the compression chamber is rather banal and the following steps were done by successive trial and error, taking into account on the one hand the ideas and choices that were made during the advancement (say that from a general outline, changes were necessary in practice), on the other hand materials (mainly salvage or chutes) that I had on hand in my CPS *.

Well, that's enough for this first message: you have to think of those who do not read hard!

Initially, I was interested in this type of press which is an adaptation of the raw earth press known as "Cinva Ram". I guess you have to take into account a different compression ratio ...
The advantages are numerous: very ingenious device, good size brick with holes made automatically, sequence of operations: filling, top closing, pressing and top opening, ejection of the brick, etc .; all so at a good pace. However, two aspects led me to rule it out: on the one hand, I was unaware of the actual compression ratio, which made it difficult to determine the length of the primary lever arm (the one which rests on the mold cover), as well as the height of the mold, which is inconvenient due to the short stroke possible with this arrangement, on the other hand the lever arm on the outside is very long, which induces a tilting which must be mitigated either by fixing to the ground, or by a large wheelbase on this side (hence a bulky device); furthermore, this lever is manual and requires a certain force, which goes against what I want.
1 x
"Please don't believe what I'm telling you."
Top 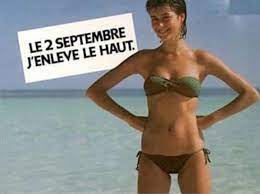 I will still provide you with some elements while waiting for the rest ...
I'm talking about paper / sawdust logs, but many other combustible materials can go into its composition, at least to some extent. So it is with sweeping dust, soot, animal hair (in the broad sense), nut shells or the like, dry fruit stones, etc .; it all depends on each person's waste availability. This can significantly reduce the excess weight in our bins.
0 x
"Please don't believe what I'm telling you."
Top

I had tried compressed paper bricks, with a manual press then a hydraulic press to try to gain density, it takes a lead to dry, it burns badly and leaves a large pile of ash, I gave up the idea .
With the sawdust, why not, the compressed wood logs that are found in the trade burn well, I use that when I have no more kindling. Instead of breaking my ass splitting kindling, I put a few slices of compressed log to start the fire with the firelighter paper that I found in my mailbox, moreover they put more at the end of the year is nice

I will still provide you with some elements while waiting for the rest ...
I'm talking about paper / sawdust logs, but many other combustible materials can go into its composition, at least to some extent. So it is with sweeping dust, soot, animal hair (in the broad sense), nut shells or the like, dry fruit stones, etc .; it all depends on each person's waste availability. This can significantly reduce the excess weight in our bins.

but I put all that in the compost me ....
0 x
To pass for an idiot in the eyes of a fool is a gourmet pleasure. (Georges COURTELINE)

ditto and recycling paper because of the potentially weird inks.
Besides, I don't have enough paper to justify a log press. You should read a paper newspaper.
And then I do not know which is ecologically better, to recycle or to burn?
0 x
https://www.avis73.fr/forums.econologie.com
Top

ditto and recycling paper because of the potentially weird inks.
Besides, I don't have enough paper to justify a log press. You should read a paper newspaper.
And then I do not know which is ecologically better, to recycle or to burn?

to recycle, because the production of paper requires more energy than what it provides when burning.
0 x
To pass for an idiot in the eyes of a fool is a gourmet pleasure. (Georges COURTELINE)

Because they are going to make you white paper with your flashy flyers?
manufacturing and recycling even more polluting, is it always positive?

Of course, there are materials that are more suitable as soil nourishment and they should not be burned. However, composting is a form of slow combustion which destroys a good part of the carbon which is as much energy that will not go into the soil (this assuming a well-conducted composting and not a rotting machine as is often the case ).
As I noted, paper recycling is far from eternal, as we like to imagine through the flyers that sell the thing. Indeed, the fibers of the paper are quickly broken (and it is the length of the fiber that makes the strength of the paper) by the mechanical and other stirring that this implies and are no longer suitable for uses of lower quality or in mixture with new fiber. In addition, the recycled papers are cleaned chemically, which is far from trivial ... A certain part of the paper ends up in the incinerator anyway, just like a part of what goes in the yellow bin ... Reuse en direct drastically eliminates all transport associated with recycling and the costs borne by communities and also constitutes an individual reappropriation of a little autonomy.

In general, the recycling of waste aims to reduce the quantities to be landfilled (which is always quite problematic) while allowing the evacuation of the residual masses of consumption in all directions, therefore its continuation, this while giving a good conscience to "eco-citizens" (we should not affect their "buying fever"!) and, the icing on the cake, by leading to the development of new economic sectors ...

Regarding the quality of combustion and the ash generated, it is of course necessary to refrain from incorporating glossy paper which is full of minerals and therefore uninteresting, since it is incombustible. The fact remains that the quantity of ash is greater than that caused by the combustion of conventional logs. The addition of sawdust is intended to establish a compromise aimed at improving combustion, calorific value and reducing the amount of ash. The optimum mixture would be around 60% paper for 40% sawdust.
1 x
"Please don't believe what I'm telling you."
Top

Back to "waste, recycling and reuse of old objects"