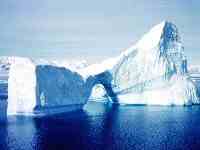 Melting of the sea ice because of the warming: What is it? Where is she going ?

Acting as an insulator between the ocean and the atmosphere, modifying the salinity and thus the density of the underlying waters, the pack ice is an important element of the ocean circulation and consequently of the planet's climate. 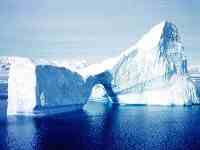 Formation of the pack ice

The inclination of 23 ° of the earth's axis in the plane of its orbit prevents the sun's rays from reaching the 2 poles at the same time. The absence of sun on a pole plunges it into the night during 6 months On the continents the falling snow is transformed into ice forming polar caps.
At the same time, under the action of intense cold, the ocean surface temperature slowly decreases. As seawater contains salt - from 29 to 35 grams per kilogram of water in the polar regions - it will not freeze at 0 ° C like fresh water but at a temperature between –1,7, 1,9 ° C and –XNUMX ° C. When it approaches these temperatures, ice crystals form and it is then that pack ice appears.

The pack ice acts as an insulating layer between the ocean and the atmosphere, reflecting about 70% of the solar energy reaching its surface. The snowy and icy surface thus absorbs only 30% of this energy whereas a free sea absorbs almost 95%. This process limits melting and maintains the pack ice for several months.
Roles in the climate equilibrium

The pack ice is emitting very salty, cold and dense waters, which in some oceanic regions will plunge to the bottom of the ocean (especially around the Antarctic continent). On the surface, by compensation, warmer waters flow. These combined oceanic transports of heat and salt are called thermohaline circulation.

As a solid surface, pack ice intercepts some of the precipitation, which accumulates on the surface instead of directly reaching the ocean. In addition, since sea ice is significantly less saline than seawater, any creation or melting of sea ice automatically results in a change in the salinity of the ocean surface at this location.

Read also:  The depletion of oil resources: how to reorganize a global society?

Constantly moving, driven in particular by the ocean currents and the wind, the ice pack generates important transports of fresh water and salt, which act in return on the global ocean circulation and, consequently, on the climate of the planet. 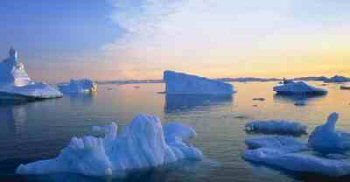 The future of the pack ice

Météo-France has a coupled ocean-ice-atmosphere model that allows, for example, to evaluate the impact of an increase in the concentration of greenhouse gases and atmospheric aerosols on the planet's climate and on the ice.
Various simulations based on a scenario of doubling the atmospheric carbon dioxide by 2100, have translated the impact of this evolution by:

· An Arctic sea ice completely disappearing in the summer towards the end of the 21st century. In winter, this pack ice would be much finer than at present (a few tens of cm instead of 2m approximately), but almost as extensive.
· A somewhat smaller Antarctic ice sheet than currently
It is estimated from observations that the average thickness of Arctic sea ice has increased from 3 m to 1,80 m from 1980 to the present day. Is this evolution attributable to global warming related to human activities? Is this a natural phenomenon? It is too early now to answer this question.

Read also:  The heat of global warming on France2

Today, coupled models are sophisticated enough to correctly simulate the characteristics of the global climate machine and produce reliable results. The latter, which are in line with those of other research institutes, are continuously refined according to the progress of the models of the terrestrial climate system.
But right now, proper consideration of pack ice in climate change studies is needed.