Here are some maps showing the evolution of oil flows over the past 30 years. For each card we will do some brief analyzes. More precise analyzes can be made by simply observing the maps. 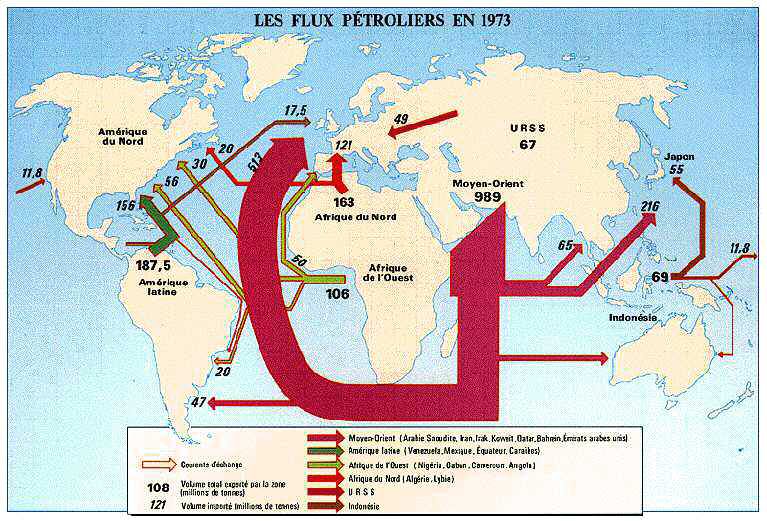 In 1973, the dependence of the world, in particular of Europe, on the Middle East was almost total except for North America.

Indeed, we will be surprised by the very low imports of Arab crude oil to the USA and Canada (barely 20 Million Tons or 7,3% of their imports). National productions were, still at the time, to compensate for American demand.

The zone on which the USA depends the most are Central and Latin America (57% of their imports). This undoubtedly explains, in part, the strong implications and control of American governments during these decades on these countries.

It should also be noted that the Suez Canal is not open to oil transits and for good reason: "After the Six Day War of 1967, the canal remained closed until 1975, with a UN peacekeeping force remaining in place until 1974." 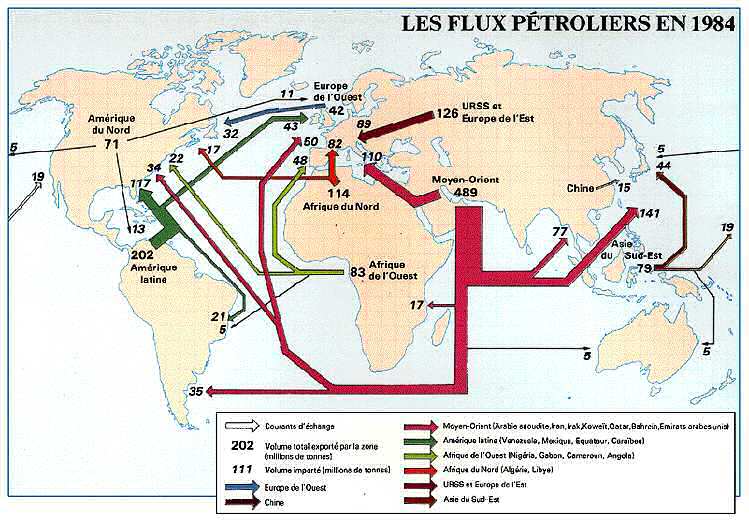 Between 1973 and 1984, world production fell by around 25%. This is directly linked to the price explosion. View historical oil prices.

Exports from the Middle East have fallen by more than 50% and for good reason: the creation of OPEC and its quotas, the Iranian crisis and above all increases in oil costs.

Apart from this fact, there are no noticeable changes in world production. Two new production zones appear: the North Sea and China. Strangely, the North Sea exports 3/4 of its production to North America, which still remains as independent of Arab oil as in 1973.