The world after the Coronavirus: what will change and not?

Fahrenheit 9 / 11 was released last Wednesday in all the good cinemas in original version subtitled.

Indeed in this documentary film Shock you will discover the hidden faces of America, its government, and especially its president GW bush Junior. You will learn about the economic ties that bound (and perhaps still binds?) The Bush family to the bin Laden family, or how the American administration sent its soldiers to Afghanistan and Iraq to make the fruits of certain military enterprises bear fruit. and obviously oil.

In short, in this documentary Michael Moore reveals the sad reality that led to the current situation.

See the movie card (and the reactions) on Allocine 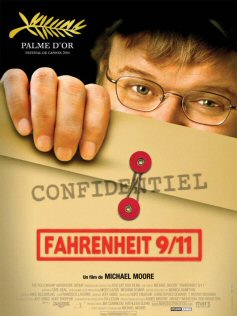