Evolution of agricultural technologies of the last decades

Agricultural tractors are among the equipment to have benefited from the mechanical innovations of the twentieth century. If the first models saw the light of day at the end of the XNUMXth century, it would take a hundred years before they reached their maximum performance. Developments in technology will have facilitated the improvement of existing systems.

The evolution of engines

The history of farm tractors begins with the improvement of self-propelled plows. Having proven their effectiveness in their field of use, these tools find a new lease of life thanks to the integration of motorization systems. The modernization of commercially available models then makes it possible todevelop autonomous energy tools.

Manufacturers are experimenting with several engine solutions, before adopting mainly diesel. Democratizing this fuel, however, will not have been an easy task: suffering from a high compression ratio, it will have taken time to convince. Integrating gearboxes into agricultural devices, this type of motorization brings a small innovation in the field. 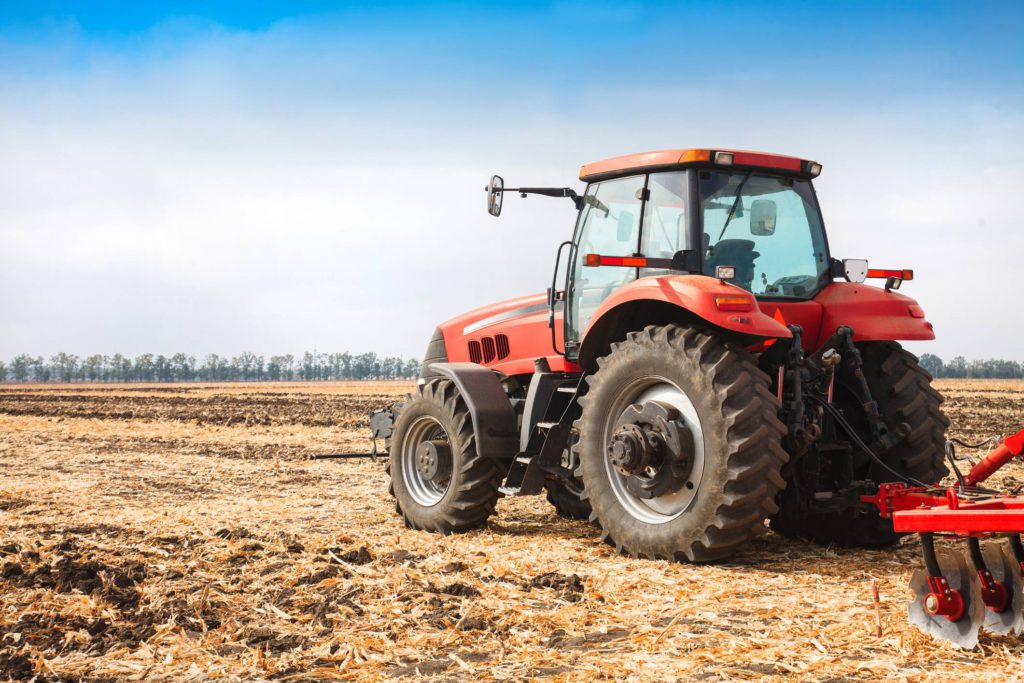 Modern agricultural engines have taken advantage of the experience of manufacturers to appropriate technologies that were initially far from their fields of use. If electric models are gradually starting to find their place in the sector, the Diesel engine remains a safe bet. Its slow rotation speed allows it to combine resistance, efficiency and performance. Its cost / efficiency ratio allows work in optimized conditions. Today, a large part of agricultural tractors offer flex-fuel use. Ensuring a low production cost, they also help to simplify the daily life of farmers.

The mechanical tools of agricultural tractors

Mainly used for plowing, the mechanical tools of agricultural tractors have also undergone significant development over the past 5 decades. The arrival of the share plow has notably enabled farmers to work faster and have better yields. Furnishing the earth is now done in a few hours, if it once took several days. The essentials of the plow are largely inspired by the structure of the arar. However, the agricultural tractor incorporates additional parts that define its identity. These few modifications notably include wheels ensuring the stability of the various models. The presence of the coulter is preserved for its utility. The modern agricultural tractor completes the action of the coulter and the mouldboard.

Among the mechanical tools that have found their place on the device, the handlebars are undoubtedly the most important. Helping to improve the behavior of the farmer, these devices allow the axis to perform more precise movements. Le modern tractor (New Holland for example) focuses on the efficiency of its different components to stand out from the old models. The structure of the plow is intended to be more imposing, and therefore heavier, than that of the plow from which it is inspired.

The market today includes classic plows, but also specialized models: while some are designed for plowing between trees, others offer a more universal use. Still others offer flexible or semi-rigid tines suitable for the simultaneous treatment of several aisles.

If today they are considered to be elements with a strong impact on climate change, agricultural techniques first of all constitute a set of practical knowledge widely adopted by farmers. The last 20 years saw the birth of the vast majority of updates observed in this area. To optimize the agricultural economy, but also to rationalize it with a view to controlling costs, farmers have opted for increasingly sophisticated processes.

The process of soil erosion is the first to have been improved. Developed to preserve the viability and profitability of land in the long term, modern techniques better prevent the negative impacts that a poorly controlled activity could have on the environment. In 2019, cultivation techniques are based on a very precise process. The preparation of the soil, the principles of crop rotation and the evaluation of seedling density complete the actions carried out on the choice of seeds. Whether they are in line, in pockets, in honeycomb trays, in clods, in seed balls or under cover, they will determine the quality and quantity of your crops.

The development of agricultural techniques is also based on the integration of new embedded technologies. These provide farmers with valuable information on the condition of their crops, humidity, requirements imposed by the weather, or changes to be expected depending on market realities. We have observed that the use of tools allowing GPS crop monitoring improved not only profitability but also risk management for farmers.

The disadvantages of this "technocratization" of agriculture

If changes in agricultural technologies have made it possible in a few decades to increase agrarian yields tenfold and greatly improve the comfort of farmers and their workload, they have also become highly dependent on fossil fuels and the financial system. Indeed, their costs, acquisition, use and maintenance, are often high.

The modern farmer could, however, become an important producer of biofuels in short cycle and thus greatly reduce its dependence on fossil fuels

For non-mechanized “amateur farmers”, we recommend the method of the lazy garden