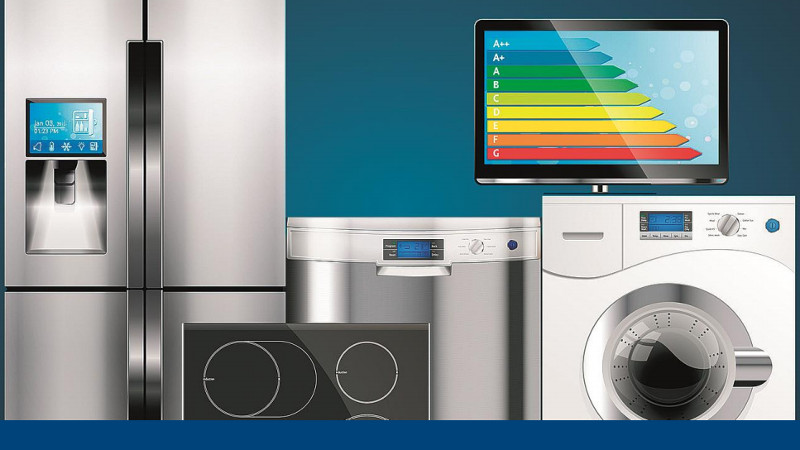 Energy label: The UFC has just published a study on the performance and durability of products which are a growing concern of consumers.

While the revision of the Energy Label directive is still underway at European level, UFC - Que Choisir publishes the final results of a qualitative survey (1) which highlights the very high expectations of consumers in terms of information on the performance and durability of electrical and electronic products. The association also highlights the concerns of consumers about the reliability of the energy label, as well as the need for an increase in the warranty period which varies according to the type of product.

• Revision of the energy label: less "+" and more concrete, the winning equation for consumers

The energy label, widely used by the consumers questioned and in particular the youngest, has reached the end of a cycle; on certain products, the offer focuses on a small number of energy classes: 83% of washing machines on sale are thus labeled A +++ and A ++. According to our qualitative survey, a return to the original energy scale, going from A to G, is overwhelmingly perceived as positive even if it raises some concerns related to the adaptation period.

Likewise, a large part of the consumers questioned underlined the too abstract nature of the information on consumption levels. Expressed in kilowatt-hours and liters, they do not make it possible to judge the cost of use. However, information on the cost of use is expected by the people questioned, and appears to be the solution to reconcile ecology and economy. It thus raises awareness that, even more expensive to purchase, environmentally friendly equipment can prove to be more economical over its entire lifespan. Over ten years of use of a washing machine, the purchase price only represents 28% to 35% of the overall cost!

• Control of professionals' claims: consumers call for lessons to be learned from the automobile pollution scandal

Interviews with consumers highlight their mistrust of the origin and reliability of data. Some buyers, more rare, go so far as to deliberately ignore the label for these reasons. Several European control campaigns (2) have indeed shown large differences in consumption compared to the claims on the label. For example, in the project framework MarketWatch funded by the European Commission  and in which the UFC - Que Choisir actively participated, nearly 1 in 5 tested products underestimated its actual consumption.

The increase in the equipment rate of households with household appliances and electronics increases the cases of breakdown: over a year, 1 in 3 households suffers a breakdown of their household appliances. However, driven by increasingly high repair prices (+ 116% in 15 years), and sometimes in the absence of a repairer or spare parts, 40% of consumers then prefer to replace their product rather than have it repaired. . These repair barriers could be partially lifted by an evolution of the warranty period, which varies according to the product range.

The study shows that the consumers questioned wish to be able to make a more rational choice by having information enabling them to know the expected lifespan of the products. Here again, the economic and ecological issues come together: with this display, the sales of the most sustainable products increase by 56%, even when they are more expensive to buy.
The UFC-Que Choisir also showed that the longer the guarantee period is perfectly acceptable in terms of price, since passage of two to five years on appliances would increase them than 1% to 3%.

With these findings, the UFC-Que Choisir, anxious to stimulate a supply of sustainable and less energy-consuming products, demand for national and European authorities:
• beyond a strict rescheduling of energy labeling from A to G, the strengthening of checks on performance claims;
• the obligation to display the cost of use and the lifespan of the products;
• the introduction of a variable legal warranty period according to economic criteria and the lifespan of the products, in order to improve their repairability.

(1) Qualitative survey financed by ADEME. It is based on 4 focus groups in each 7 9 people. The focus groups were asked about the themes of energy label, the life of the products and user costs.
(2) ATLETE I Compliant TV or Premium Light

Presentation of the study