When math can turn social relationships upside down, by Rémi Guillet (April 2021)

In my book "For more solidarity between capital and labor" (ed. L'Harmattan 2004 and many titles that followed) I emphasized the importance of introducing more equity in the labor market. equitable sharing of the added value produced by the economic activity of a nation. This book has also been able to show how, formally, “hybrid” remunerations crossing the interests of the partners modify the situation. 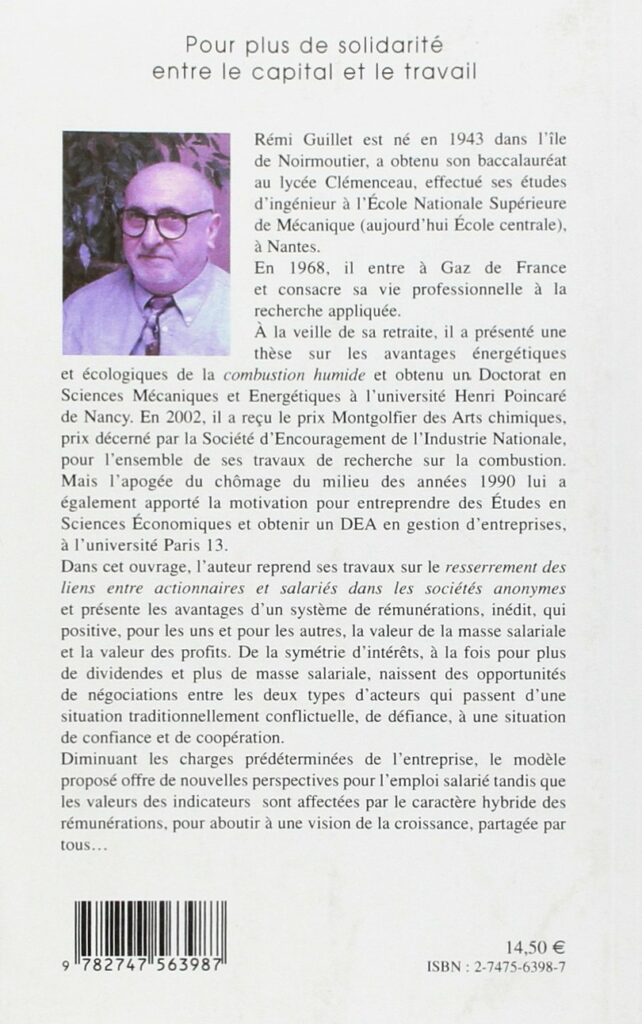 Thus we have established that if the traditional conflictual cleavage occurs between partners A and B (typically for example shareholders and employees in the case of the company) and imagining that the negotiations have resulted before the financial year in that the ratio of remuneration Ra / Rb = 0,25 (i.e. Rb / Ra = 4), then to ensure equity whatever the results of in all circumstances of the results of the exercise we will write:

As for the accountant, he knows how to verify that in all cases and whatever the number of partners, the sum of the remuneration of all the partners can only be the added value Va achieved during the financial year. So for our example with two partners Va will necessarily verify the sum 1 + 0,25 × 5 + 4 + 5 = 11,25. Or again and necessarily Ras = 0,0899Va and Rbs = 0,4444Va.

In other words, what was negotiated before is always checked after!

Now imagining that we have identified four types of partners with their specific income, we will write, like what we did for A and B, the remunerations of AB, C, D in the form of a "mixed" between what we let us call the specific share of the partner considered and the additional shares indexed to the specific share of each of the other partners.

If it is assumed that the preliminary negotiations between partners taken in pairs have resulted in the effective remuneration ratios at the end of a financial year being Ra / Rb = 0.25 respectively (or Rb / Ra = 4); Ra / Rc = 1.25 (i.e. Rc / Ra = 0.8) and Ra / Rd = 2.5 (i.e. Rd / Ra = 0.4), which implies Rb / Rc = 5, Rb / Rd = 10, Rc / Rd = 2, the construction of partners' remuneration is described as ideal when the ratios actually observed at the end of the financial year (calculated post) no longer depend on the results of the financial year but still meet the wishes negotiated and expressed before!

In other words, if we call the so-called specific parts (or specific parts of the remuneration of each partner therefore of the salary type or those by nature resulting from the results such as profits or dividends), respectively Ras, Rbs, Rcs, Rds, the remunerations at the end of each financial year, i.e. Ra, Rb, Rc, Rd respectively, must be established as follows to obtain the ideal of equity claimed:

In the end, the desired equity is always a matter and only a matter of indexation coefficients!
And such results are observed regardless of the number of partners from 2 to infinite N!

The liberal paradigm that has guided economic activity throughout the past centuries poses many problems today ...

We will then underline that the planet, which had to meet our performance requirements (unframed growth, etc.), today deserves to be considered as a full partner of the global economy and therefore of each company. So the remuneration model recalled here must also integrate this partner who has nothing virtual with in view and imperatively his protection. We only have it, with no alternative!
More generally, the idea of ​​combining own income to aim for more equity is a carrier of appeasement of conflicts at all levels and always in ambush, ready to set the world on fire and this long after the Covid crisis has been forgotten. ! 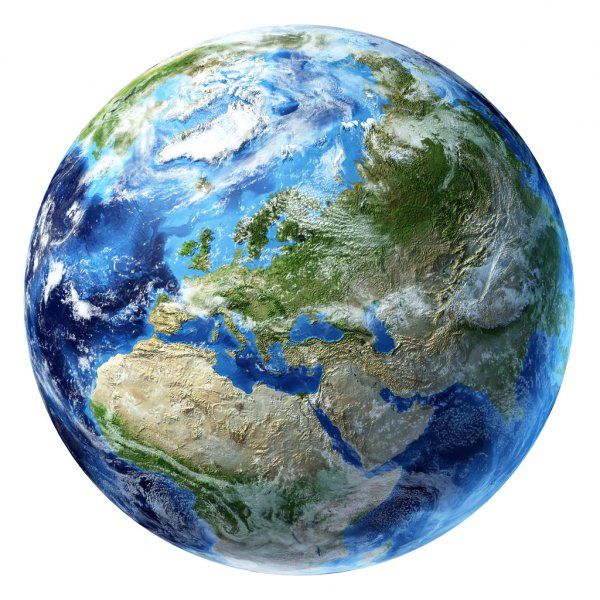 The work that led to this hybrid remuneration model dates from the very beginning of the 2000s at a time when neo-capitalism could show some and already many limits ...

Today other issues have arisen. With the pandemic spread to the planet and which plays on our defense strategies, a new reason has appeared to question the importance and the urgency of modifying the rules of the game and many issues.

Everywhere, taking soothing measures, thinking of trust instead of mistrust must now be imposed on everyone. Nothing really new except that our challenges now concern our natural environment considered as a whole.

But for confidence and serenity to take hold, the time has also come to go beyond statistical analyzes to take individual reactions more into account. It is certainly not simple and we can think here of reactions to vaccination in a context of pandemic where vaccines have their detractors. Indeed, if modern medicine treats disease as a statistical affair, for each individual health is therefore theirs first if not only an individual affair! The same goes for employment, he has a job or he is excluded!

So doing everything possible so that the individual is brought to a positive vision of the proposals made to him, giving him confidence in his future is the only valid challenge. The model we have just presented goes in this direction ...

First negotiate the terms of equity then have confidence in a future that will necessarily respect the terms of this equity!