Very sensitive subject than that of free energy, we can only briefly mention it.

To summarize briefly; we speak of free energy (others speak of vacuum energy, synergy or zero point energy) when we are in the presence of systems producing, in appearance, more energy than they do. provides.

These devices would therefore have yields (for an external macro-observer) greater than unity: we speak of overunity (or overunity in English).

However, as it is no longer a closed device but an open device drawing their energy from the energy of the “intermolecular, interatomic” vacuum and the vacuum separating other subatomic particles.

Here is a very good issue of Science et Vie introducing this notion of vacuum energy: 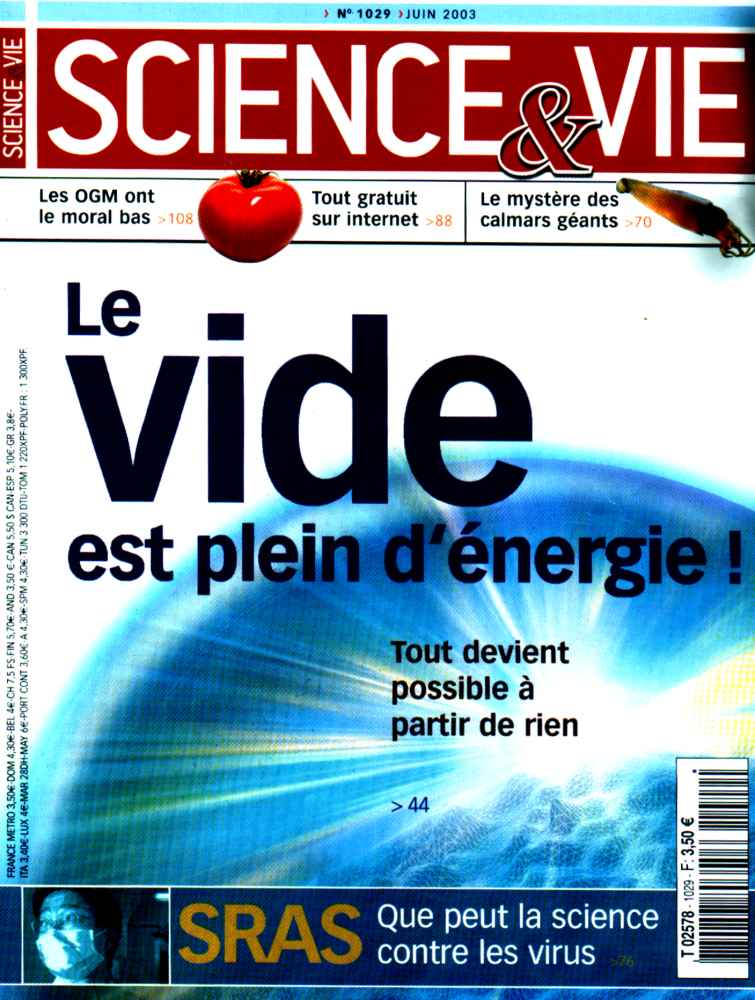 Nikola Tesla seems to be the first (modern scientist) to speak about this new aspect of science. (Under the name Ether) First contested by Einstein, this new “aspect” of Science was accepted a few years later by the latter.

Since the work of Nikola Tesla (and even largely before) many inventors claim to have built generators or machines that produce more work than they are given.

Indeed; perpetual motion has been a scientific chimera since the first engineers (period of the great Egyptian dynasties no doubt) existed…

But Nikola Tesla, father of alternating current (powering the whole world), seems to have been erased or at least minimized from the history books and is almost ignored by the current scientific community. Yet Tesla was nevertheless a genius and he was considered at one time as "the other Einstein".

Why is the father of alternating current, used and supplying the entire planet, so little known? While we talk so much about his "mediocre competitor" Mr. Edison (this from elementary school as inventor of the incandescent bulb with catastrophic performance and still widely used today)?

It is legitimate to ask the question! Maybe this is because some of his humanist ideas were aimed at distributing energy for free?

Anyway, the debate remains open but we invite you to read an interesting dossier on Tesla.

- Dossier about Tesla and his life and his research.
- Videos presenting the concept of zero point energy. We see Tesla (dead), Harold Puthoff and Stanley Meyer (dead): “figures” of the energy of the void.