An urban base that promotes biodiversity: the Refuge bench

How to reduce your energy consumption?

The different mowing techniques for your garden lawn

Coronavirus: map of France of the epidemic and data by departments

E = mc², biography of an equation

An exceptional documentary fiction in the footsteps of the most famous equation of the world and the famous scientists who helped to hatch it.

A fascinating documentary-fiction to revive the epic of one of the greatest discoveries of all time, through a striking gallery of portraits crossing centuries and countries: Michael Faraday, Humphry Davy, Antoine Lavoisier and Emilie du Chatelet. 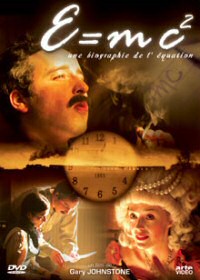 On the occasion of the centenary of the discovery in 1905 of the equation E = MC2 this exceptional docu-fiction, based on the best-seller of David Bodanis, tells the great story of five great scientists who supplied the crucial pieces of a gigantic puzzle, finally solved by the sixth and largest of them: Albert Einstein.

Read also: Thermodynamics of the engineer

Spanning 250 years of history, "E = MC2" brings us back to life for those who hide behind the most important scientific discovery of all time and who paved the way for Einstein: Michael Faraday, Humphry Davy, Antoine Lavoisier and Emilie du Châtelet.

How did Einstein go crazy? by Etienne Klein, physicist at the Atomic Energy Commission, Paris - Another legacy of Einstein: Astrophysics and cosmology, by Jean-Pierre Luminet, astrophysicist at the Paris Observatory - Emilie du Châtelet, a woman from science, by Elisabeth Badinter, philosopher, biography of Emilie du Châtelet - Chinese portrait of Einstein, by Françoise Balibar, science historian, biographer of Albert Einstein.