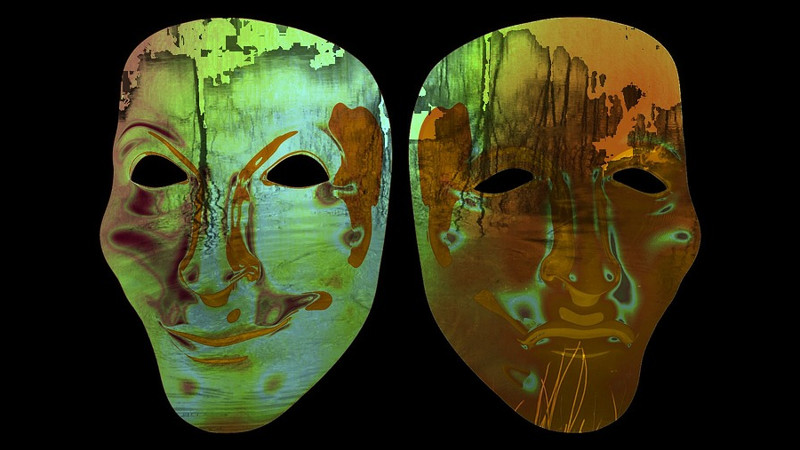 Economy and Society: from a certain prosperity to progressive austerity or from the welfare state to the police state.

The political debate is largely confined to the sole domain of the management of the conflicting interests of the various social categories, through political formations supposed to ensure sufficient compromises for the maintenance of the social structure. Most of the activity of "experts" comes down to commenting on the various political personnel and their chances of succeeding one another in power.

Regarding the message delivered by these different actors, it is, in essence, extremely simplistic: growth, employment and unemployment, purchasing power and international competition in the context of globalization, are the categories declined under all possible variations, which is enough to hide the real questions, the most elementary, but those to which there are no answers in this context.

What is incomprehensible for simple "common sense" is that the market economy has succeeded in flooding the world with goods without succeeding in meeting the needs of all, that in our country, access to material ease. undeniable for a middle class in continuous digital expansion is suddenly reversed as a trend, while the means of production continue to progress. On these points, the experts are silent and limit themselves to invoking a rather mysterious crisis, from which we should always emerge, but which persists nevertheless ...

The previous crises, that of 1929 in the USA (then in the world), that resulting from the destruction of the post-war period had been overcome thanks to interventionist policies: the welfare state had come to the rescue of the free play of companies to instituting the revival, by investment and mass consumption, and it seemed that nothing would stop a process of which few voices were then raised to denounce the undesirable effects. However, against all expectations, and above all in contradiction with official positivism, it is this success that gives rise to the current difficulties. Some still harbor some illusions and believe that new Keynesian-inspired policies would unblock the situation, through increased demand which would meet with a plethora of supply; the direction taken is the opposite and austerity is supposed to overcome structural deficits and restore future and uncertain prosperity, at the cost of present and very real sacrifices.

In reality, these two choices are equally ineffective in overcoming the current contradictions. Oddly enough, it is the level of extreme abstract wealth that makes it very difficult and increasingly improbable to achieve what underlies our entire economy, the investment of a sum of money in a process at the end of which it is possible to recover a greater amount. Globally, we have become too rich for this abstract wealth to increase further; in fact, the previous conditions have faded: on the one hand, household equipment has been completed and few really new products appear, on the other hand, the enormous gain in productivity resulting from the use of personal computers. increasingly reducing jobs, and therefore the purchasing power of those who can no longer sell their labor power on the market, which leads to the search for new productivity gains to lower costs; it is an effective logic considered in the short term and at the microeconomic scale, on the other hand, from a macroeconomic point of view, it is a total impasse, a vicious circle which reinforces the cause by wanting to escape the consequences. Only the financial industry has succeeded in pushing back the decline, but its ability to maintain the illusion is limited and there is nothing that can succeed it to obtain a further reprieve.

What you have to understand is that any system works differently depending on the phase it is in and that inferring future behavior from observing a present state is totally inadequate. . It turns out that, in the case that interests us, a transient state of apparent prosperity (in the sense that it manifested itself only locally [1] and temporarily) retroacts with the whole system and does not imply an amplification in any way. perpetual phenomenon, as it was tempting to believe and as it is always believed, in particular through this concept of "exit" from the crisis which is used to justify the policy of austerity, the only politically possible with regard to the relations of force in presence, since it spares the interests of those who decree it [2] ...

In conclusion, and although the subject has only been touched upon [3], it would be high time to repudiate this false speech which sells people what they want to hear, but which covers a very different reality, and to realize the he historic and absolute dead end we have reached. This economic success, of which it was question, not only prepared the logical reasons for its collapse, it also brought about powerful psychic effects by numbing the most critical minds and it is this last point which constitutes the real danger and the challenge to be taken up: how to free oneself from the deadly logic of a system that we have integrated to such an extent that it no longer allows an authentically alternative vision?

Read also:  Are the physical limits to growth relevant?

Debate on forums (Or in the comments below)

[1] French post-war prosperity was largely the result of withdrawals from colonized and then neo-colonized countries.
[2] It is only a question of apparent interests, that is to say such as the generalized mimetic rivalry establishes it: it is because the less well-off admire the rich (while criticizing them in the name of equity!) that the rich find desirable wealth, when it is only pathetic: the appetite for wealth is insatiable, because it is a continual frustration.
[3] The subject's angle of attack was limited here to an essentially immanent approach, that is to say mainly internal to the system; a complete deconstruction of the system and its functioning would be necessary for a more solid understanding; it was not my ambition and this text should be considered as an introduction and an incentive for more ambitious readings.