The purpose of this study was to evaluate the energy performance of the compressed air motor designed by the company MDI; we were then able to deduce an approximation of the range of the CAT vehicle using this technology. 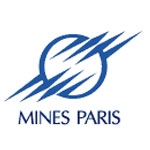 Based on the current engine operating diagram, performing a staged air expansion, the Air Expansion software developed by the Energy Center of the Ecole des Mines de Paris, was the support for all the simulations performed.

At first we considered air as an ideal gas and conducted simulations for different engine operating speeds. Then we defined a class size of three-story displacements, optimizing the driving range at constant speed.

The dynamic simulation, after adding to the simulation model, the characteristics of an urban cycle as defined in the regulations, made it possible to assess the vehicle's range in “real” operating conditions.

In addition to the speed of the vehicle, it has been shown that the ambient temperature also had a strong impact on the range of the vehicle. This is why we added a burner system to the simulation model, allowing the air at the entrance to each of the floors to be heated, more than simple exchangers.