Information on the death of Jean Luc Perrier, an exceptional independent researcher in solar energy during the 70s

He worked in the solar and including solar concentration with a view to making solar hydrogen. He had succeeded in turning a hydrogen car Solar self-produced in his garden.

He died accidentally in August 1981 during a road accident: a collision with a truck… tanker. Hence the beginning of a legend about his death which is, from a source close to the victim, only accidental. Nevertheless JL Perrier had indeed received some threats… of which we do not know precisely the content.

Shortly before his death, he finished his book: solar, current status of applications 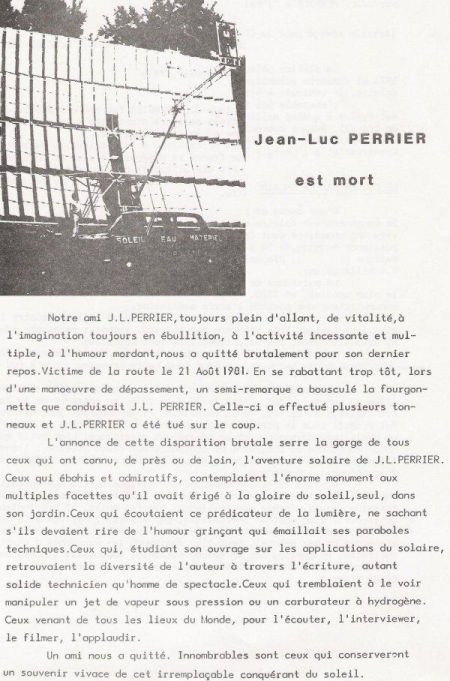 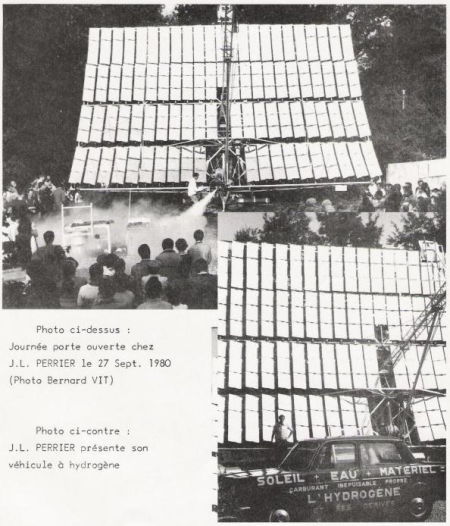 4 comments on “The death of Jean Luc Perrier”