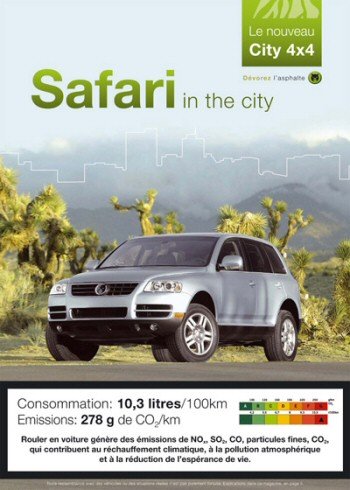 All advertisements for cars would be illegal in Europe with regard to an unknown European directive.

The very good magazine but little known Imagine has just "revealed" the case.

Here are the facts by David Leloup.

“European NGOs are launching an international campaign to encourage as many Belgian and European citizens as possible to lodge a complaint against car advertising. Objective: that the fuel consumption and CO2 emissions of vehicles are finally mentioned in large characters. As provided by a European directive that no one had noticed so far.

Almost all car advertising in Belgium and Europe, in newspapers, magazines and billboards, would not comply with Directive 1999 / 94 / EC on the "availability of consumer information". of fuel and CO2 emissions. Pierre Ozer, a researcher at the Department of Environmental Sciences and Management at the University of Liège, is convinced.

He refers to the Royal Decree of September 5, 2001 which transposes the directive into Belgian law, which specifies that the consumption and CO2 emissions of a vehicle “must be easily readable and at least as visible as the main part of the information. appearing in the [advertisement] ”. However, according to the researcher, this is not the case, the emissions being systematically mentioned in very small characters. He therefore lodged a private complaint against some fifteen pubs to the Jury of Advertising Ethics (JEP), the sector's self-regulatory body, as well as to the Control and Mediation Directorate General of the Federal Public Service. Economy. "

Here is what autos should look like if the law is respected: 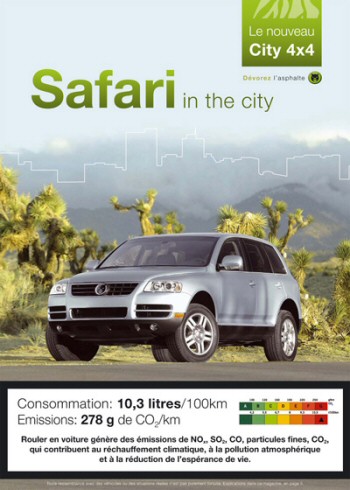