More than 50 years of CIA history through unpublished testimonies by one of the greatest French documentary filmmakers. 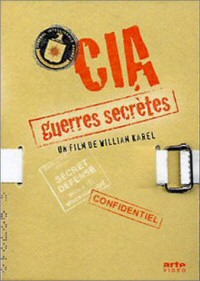 CIA directors and deputy directors, field officers, clandestine operations directors forget the language of wood to explain how the agency works, the recruitment of its agents, its protection mechanisms, its decision-making processes, its real power , his manipulations, his relations with the American government. And, above all, his failures so many!

Through a multitude of archival footage and unpublished testimonies, this film tries to understand how and why the interests of American diplomacy were entrusted to this mythical yet controversial organization.

A series in 3 shutters exciting and unpublished!

The 3 episodes are included in this unique Dvd.