Conventional boilers are becoming more and more obsolete for heating residential homes. Indeed, they are very polluting and their performance remains average, which often pushes us to set the thermostat to the highest as soon as winter arrives. The result: our heating bill is soaring and we have a strong impact on the environment. It is therefore necessary to consider solutions for better heating, while reducing our carbon footprint on an environmental level. Fortunately, there are modern boilers today that both provide optimal heating while saving energy. These are hybrid boilers, thermodynamic boilers as well as low temperature boilers, the use of which ensures you to enjoy many advantages.

The thermodynamic boiler is a gas heating system which has been marketed since the year 2018, designed by a startup Greentech. Most of the thermodynamic boilers that you will find on the market will therefore be patented by this startup. Its particularity lies in its operation, because it combines 2 heating technologies at the same time. On the one hand, it contains a condensing boiler, which uses the calories obtained from water vapor and gas fumes to heat its coolant. And on the other, a heat pump uses the calories recovered in the ambient air for preheating the heating circuit.

These two technologies have been combined by means of a thermal compressor which will be activated by the heat produced by the gas, and which in turn will heat up like an air-water heat pump. Thanks to this ingenious system, the thermodynamic boiler can reach a yield of more than 180%, by jointly using two technologies on the operating ranges where they are most efficient. Achieving an overall yield that feels like 200% may be surprising but it is quite possible because the COP (Coefficient of Performance) of a pompe à chaleur can reach 5 or 6. He had been introduced to the general public Sanyo boiler with thermodynamic cogeneration from 2008

Read also:  How to benefit from aid for renovation?

By choosing the thermodynamic boiler, you will be able to heat your house and domestic hot water with a single system and divide your heating bill by 2.

The hybrid boiler is a heating system that combines the technologies of the heat pump and the condensing boiler : the thermodynamic boiler can therefore also be called a hybrid boiler. The principle is to systematically and intelligently use the most economical and efficient heating method for the production of heat. It allows the use of several types of energy to be combined: renewable energy and natural gas, other models even add electricity.

It is important to clarify that replace your old boiler and change for a hybrid boiler will allow you to benefit from an energy bonus from the State. This is more precisely the Coup de Pouce Heating bonus, which can be granted to you when you replace your old boiler with a more modern one that meets certain quality criteria. The hybrid boiler is included among the more efficient and environmentally friendly heating systems.

Case of the low temperature boiler

The low-temperature boiler will heat your home optimally, while ensuring considerable fuel savings. However, it is important to note that it will soon no longer be sold on the market following the European Ecodesign directive.

Read also:  Replacing electricity at home: how much does it cost?

Operation of the low temperature boiler

Since it heats at a low temperature, this boiler therefore works continuously and not jerkily like other models. Thanks to the way it works, this boiler uses energy up to 90%, which allows you to save 10 to 15% on your energy bill compared to an older generation boiler.

Moreover, although the temperature difference is considerable, the low-temperature boiler provides thermal comfort in the same way as the other models. All you need to do is equip yourself with a low-temperature radiator, a heated floor, or a burner which is regulated according to the outside temperature.

What about the withdrawal of the low temperature boiler in the market?

The European Ecodesign directive issued since 2015 provides for prohibition on sale heating equipment whose efficiency does not reach 86%. In September 2018, a sales ban was subsequently issued for heaters that emit more than 56m / kWh of Nox. Low temperature boilers do not meet these requirements, so they will not be usable for a long time. Be careful, you can still find some from traders, since they can continue to sell the stock already acquired.

En replacement of this type of boiler in particular, European law then proposes the use of those with condensation. These are also very efficient, and savings on energy bills can reach 30%. 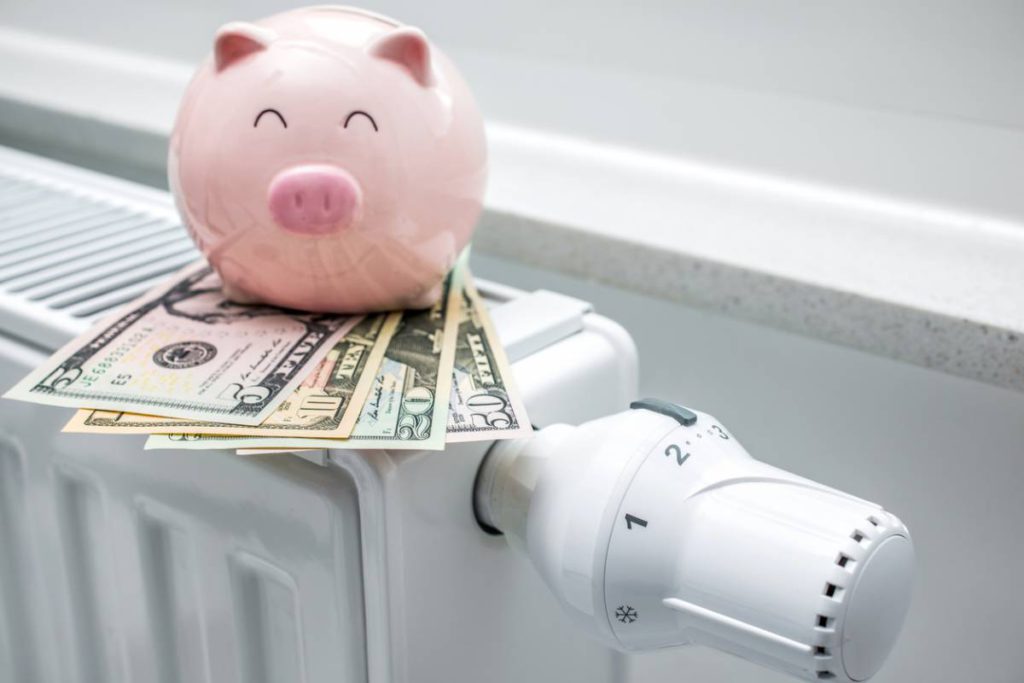 What are the exceptions to installing a low temperature boiler?

Even if the wisest solution is to opt for a condensing boiler, which is now becoming the norm, there are however exceptions to their installation. In fact, multi-family buildings can still install low-temperature B1 boilers, which do not have a flue gas evacuation network compatible with condensing boilers. Moreover, it is always possible to find low temperature boilers on the market that meet the emission thresholds required by law.

What financial aid is possible?

Unlike other heating systems such as the condensing boiler, installing the low temperature boiler does not allow you to benefit from a tax credit or an energy saving bonus. You can however claim other aid such as ANAH subsidies, reduction of the VAT rate, or zero-rate eco-loan. Local authorities also provide subsidies if you install a low temperature boiler.

A question about boilers or heating? Use the forum heating