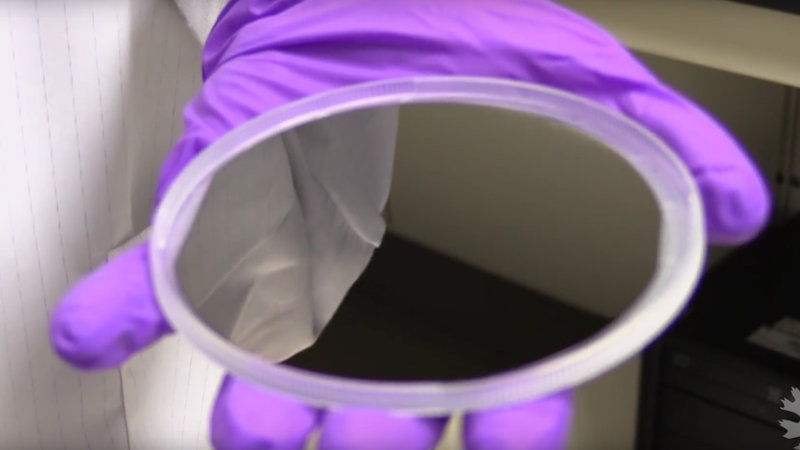 Nano-Spike catalysis; discovery of the Oak Ridge National Laboratory made a bit… by chance! The process makes it possible to obtain ethanol from CO2, electricity and water in the presence of a specific nano-catalyst called Nano-Spike. The announced yield on electricity is 60 to 70% which is acceptable provided that renewable electricity is used (the process is of little interest if the electricity consumed emits more CO2 than the reaction does not capture!)! Ultimately, it will allow better storage and therefore regulate the production of renewable electricity! Roll on industrialization!

(…) Nanochemist Adam Rondinone and his colleagues at the Oak-Ridge laboratory at the US Department of Energy have discovered a process that transforms CO2 into combustible ethanol - and all by chance.

“We were only studying the first stage of the reaction when we noticed that the catalyst was doing the whole reaction on its own,” says Rondinone. The researcher describes the ingredients of his experiment as follows: we take a pinch of copper nanoparticles that we sprinkle on a surface of carbon particles enriched with nitrogen. The carbon particles form “nanospikes”, that is to say tiny lightning rods, only a few atoms wide at their top, and capable of creating a strong electric voltage field (one nanometer = one billionth of a meter). (…)

This very reactive mixture produced in a small space becomes a catalyst which, under the effect of an electric current, directly converts ethanol in carbon dioxide.
According to the researchers, the process efficiency is 63 to 70 percent, and therefore produces little waste. In addition, it is energy efficient, since a voltage of only 1,2 volts is sufficient to initiate the reaction. (…)

Thanks to the relative simplicity of the device (cheap materials, low power consumption, ethanol production at room temperature), Rondinone and his colleagues still believe in an industrial application of their process. For example, it could store the surplus energy produced by solar panels or wind turbines turning it into ethanol. "This could help smooth out irregularities in renewable energy production. "

More: the announcement on the official website of the Oak Ridge National Lab